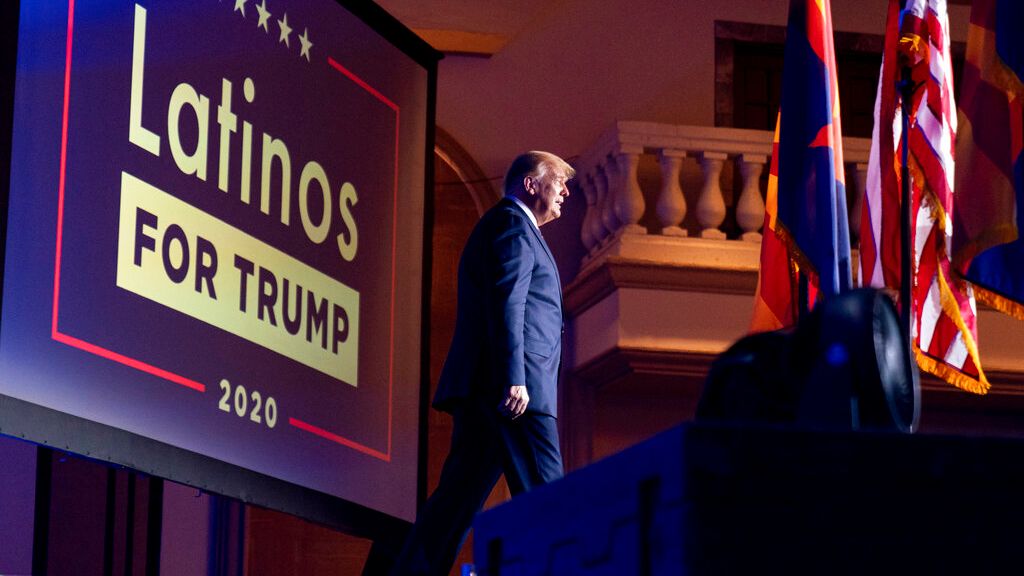 “There was a listening tour in the Hispanic community that expands years,” Fernandez said.

AP VoteCast, an expansive survey of voters in Florida conducted by the National Opinion Research Center at the University of Chicago for the Associated Press, showed that Cubans overwhelmingly voted for Trump, which cut into former Vice President Joe Biden’s lead among Puerto Ricans along the "I-4 corridor."

That's a swath of Florida that cuts across the peninsula, following Interstate 4 and including Central Florida, that is a battleground within the battleground state.

Voters with ties to South America were split and included many people who came to the United States from Venezuela.

Those voters were concerned with the Trump campaign’s message that Biden is a socialist or would be heavily influenced by the far-left leaning sector of the Democratic Party.

“This conversation would be very different the day after the election if he stayed his course and stayed as a centrist, but he moved to the left to appease his own party,” Fernandez said.​