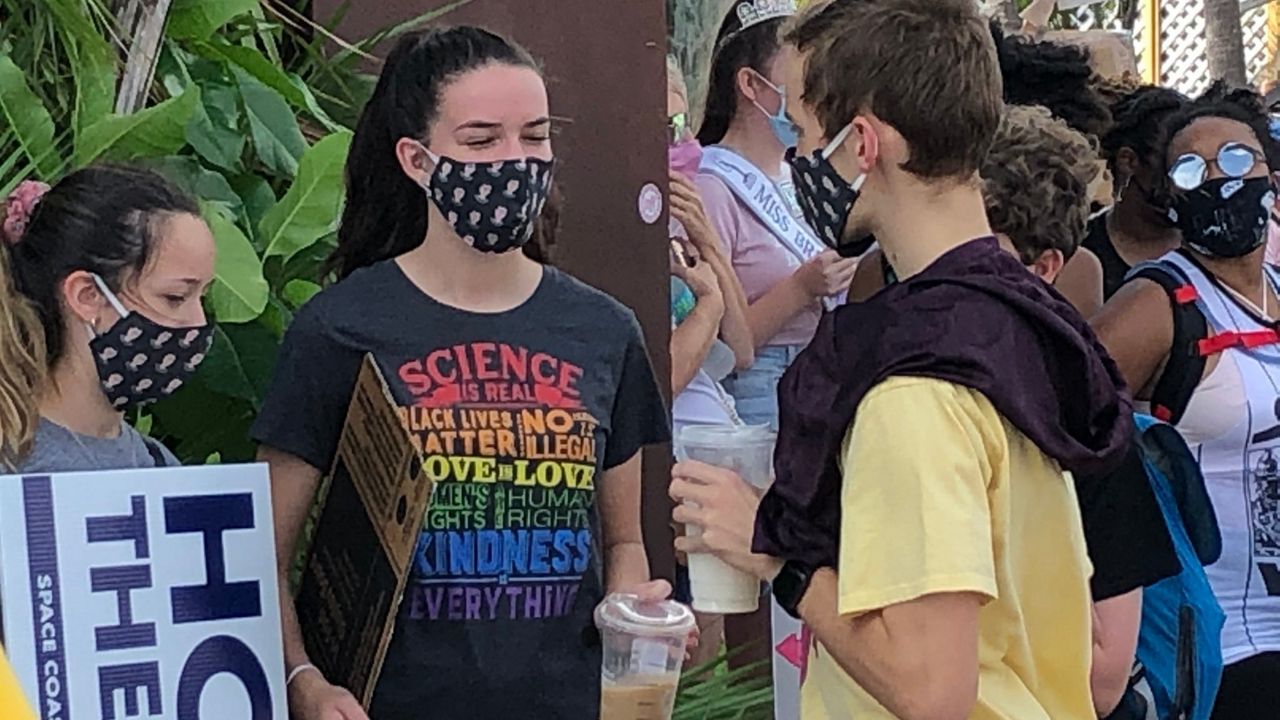 Walking with flags in tow, dozens of people, mostly women like Barbara Scerbo, are marching because she is fearful some women's rights might be taken away if the current officials select who will fill the vacant Supreme Court seat.

“For many reasons for Ruth Bader Ginsburg and all she did,” Scerbo said. “I'm 70 years old so I lived when I couldn't get credit because I was a woman that wasn't married.”

Since the passing of Ginsburg, a feminist who served in the nation’s highest court, lies unrest for what’s ahead. And that's why Tammy Ferris organized Saturday’s Space Coast Women’s March on Cocoa Beach.

“To protest against the replacement of RBG supreme court seat until after the inauguration,” Ferris said.

Space coast women’s march: marching from cocoa beach causeway and ending on the south side of the causeway to the Holmes Cape Canaveral Hospital @MyNews13 pic.twitter.com/6gdGpRh128

Everyone wearing a face masks because despite the state being on Phase 3, attendees aware the pandemic is far from over. On some people’s masks the words vote or the image of Ruth Bader Ginsburg on display and one person dressing up as mail in ballot.

With the election right around the corner, the march is also to remind people about the importance of voting.

“This is a time for us to get out, voting is what we can do and we are better that what’s going on,” Scerbo said.

“The privilege it is, in a country where you can vote for your elected official is sacred and should not be taken for granted,” Ferris said.

Also in attendance was Alton Edmond who is running against Sheriff Wayne Ivey. ​