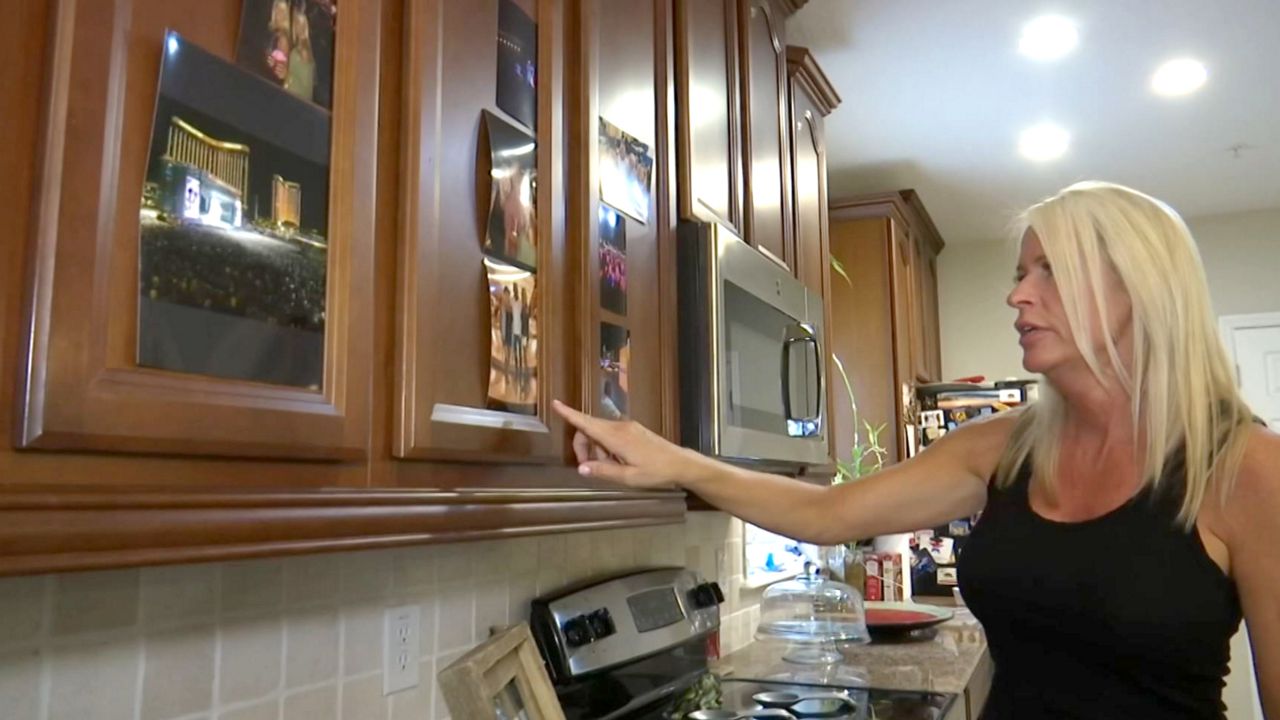 Paige Vick, 52, a survivor, is still recovering from the trauma.

Vick attended the Route 91 Festival with four of her friends.

“Jason Aldean comes out and the crowd goes crazy and it’s so electrifying and he’s like, 'What’s up Las Vegas?'” she said.

When he began to play, the mood changed.

“A loud noise cam,e like the shots rang and a few of us got down on the ground,” Vick said.

When they realized the shots were aimed at concertgoers, her friend Travis, who’s a marine veteran, covered them from the gunfire. Then they ran for their lives to safety, luckily she said not too far from them was a first responder convention.

“Lots of plain clothes first responders running in," Vick said. "Unbelievable, through tragedy they were running in to save lives."

For months, Vick said she became reclusive, which is a complete change from the outgoing personality she had before the shooting. She suffered from Post-Traumatic Stress Disorder.

She became reluctant to go to large gatherings, even when her daughter would cheer at University of Florida events.

“Every time I heard someone say we’re going to Vegas I just shuttered at the thought,” Vick said.

In January 2018, she was recruited to attend the University of Central Florida Restores Program, which helps survivors of trauma overcome them.

“The PTSD Center at UCF saved my life,” she said.

Vick was essential in helping Orange County Public Schools hire 75 additional resource officers by using experience plus the knowledge she gained at UCF to urge for more school safety.

“I said to myself, ‘I’m not going to sit around and sulk. I made it out for a reason’,” Vick said.

She finished the program March of last year. She continues to make strides towards her recovery but remains alert.

“When I’m at a restaurant or I’m in a crowded place, I’m always looking,” Vick said.

Vick said she hopes everyone can show kindness every October 1 toward first responders, in honor of victims and survivors of the Vegas shooting.

A judge awarded $800 million in payouts to the more than 4-thousand victims and family members.