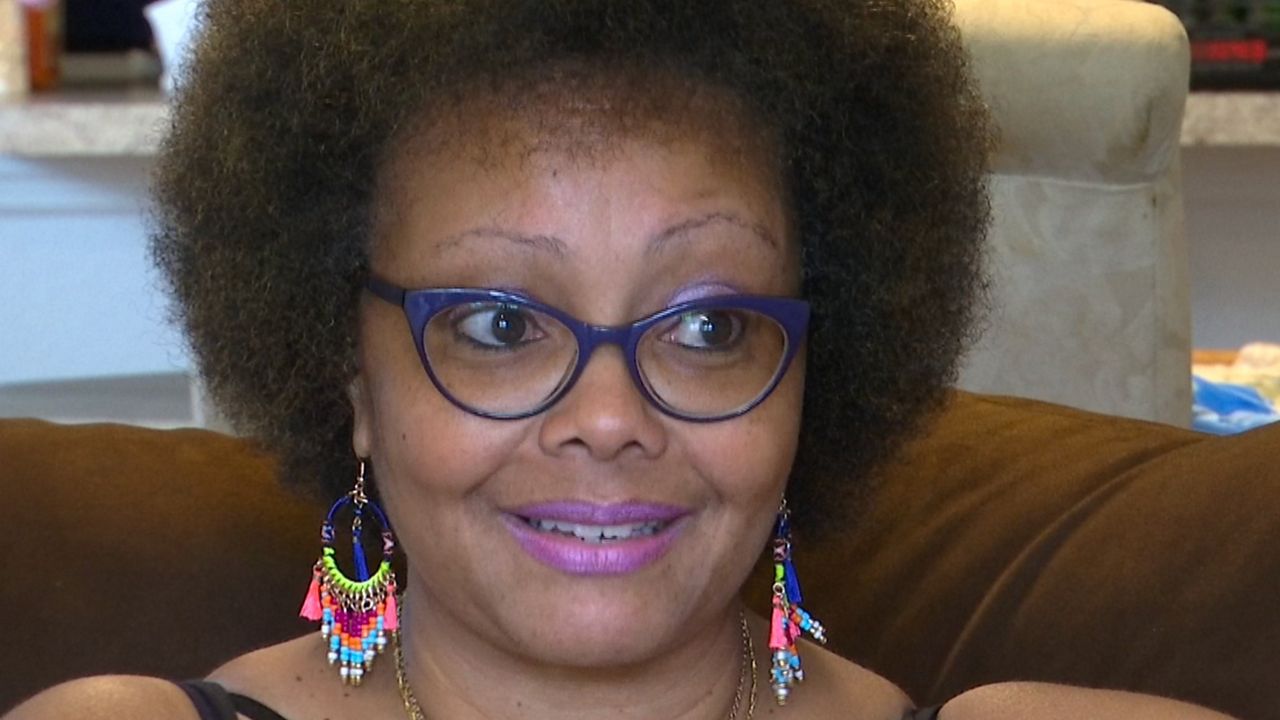 Overpriced, poorly-maintained apartments. Tension with family members-turned-landlords. Carol Barnett, 56, wasn’t sure she’d ever be able to break the cycle of jumping from one unsuitable living situation to the next.

That is, until she discovered Habitat for Humanity Greater Orlando and Osceola — the organization that helped her build a path to her dream home.

“The thing that I was looking forward to most of all was the peace and quiet,” Barnett said.

She works the evening shift as an electrocardiogram (EKG) technician with Orlando Health. Sufficient rest is crucial to her ability to perform her job, she said. But, before moving into her Habitat home in Pine Hills, proper rest was a luxury out of Barnett’s reach.

She dealt with noisy neighbors and maintenance issues — including, at one apartment, a miniature lake that would form on her back porch every time it rained.

Not to mention the price of rent.

“My salary did not match the amount of rent that I was asked to pay in those apartments,” Barnett explained, pointing out that, by Orlando standards, working in a hospital is not a low-paying job.

“Honestly, I think you should be able to work one decent job and be able to live and afford someplace decent to live,” Barnett said.

Now, that’s finally a reality for her, thanks to Habitat’s homeownership program for low-income families and individuals. The program provides a path to homeownership for people in need, including those currently living in overcrowded, unaffordable and/or transitional housing.

Successful applicants receive help with their down payment and a guaranteed mortgage payment of no more than 30 percent of their total income.

“It makes it much more affordable for them to purchase a home,” Delgado said of the program.

The program was designed to serve Floridians in the very low, low and moderate income brackets.

Habitat for Humanity Greater Orlando and Osceola is a SHIP recipient — but in June, Governor Ron DeSantis vetoed the entire $225 million amount from the 2020 budget. Without that money, programs like Habitat’s could suffer.

“Most of our homeowners rely heavily on that funding to close on their home,” Delgado said.

Florida Housing Coalition CEO Jaimie Ross said while the SHIP funds are currently not allocated to the program – that could change — if legislators decide to reallocate the funds later this year during an expected special session.

“That money is sitting in the local government housing trust fund. It hasn't been moved. So, we haven't lost a penny of that money,” Ross said.

“The money’s still there. It’s just that it has to be appropriated again.”

Ross noted that this year was the first since 2002 that the Sadowski housing trust funds were actually approved in full.

“As soon as the governor came into office, he made it clear he supported the full use of the Sadowski funds,” Ross said.

But COVID-19 costs cut deeply into the state’s reserves, prompting the governor to gut $1 billion from the upcoming year’s budget.

For affordable housing advocates, now is the time for the “campaign of a lifetime,” to educate the public and representatives on how crucial SHIP funds are, Ross said. Not just a catalyst for homeownership, SHIP also funds home repair programs, including emergency repair initiatives for low to moderate income families.

The loss of SHIP funding could mean fewer resources to help working people like Barnett to gain financial and personal stability.

“Whether I retire or not, this is my home, you know. This is my space,” Barnett said. “That means the world to me after having lived how I lived before. It’s a great sense of security for me.”

Molly Duerig is a Report for America corps member who is covering affordable housing for Spectrum News 13. Report for America is a nonprofit national service program that places journalists in local newsrooms to report on undercovered issues.