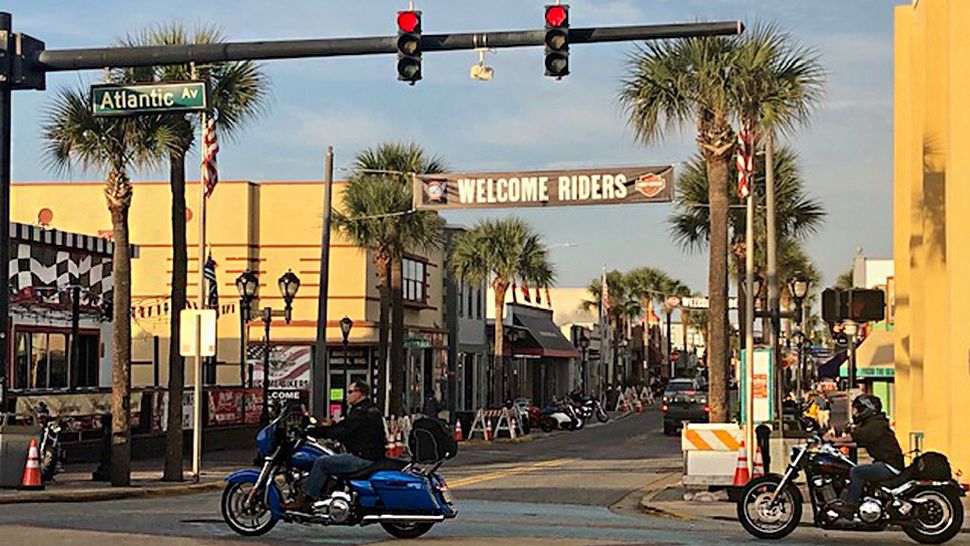 Thousands of bikers descend on Daytona Beach during Biketoberfest and Bike Week each year. Biketoberfest could be canceled this year. (File)

Daytona Beach Mayor: Unless Things Turn Around, No Biketoberfest This Year

DAYTONA BEACH, Fla. — Unless there is a drastic turnaround with the coronavirus, Biketoberfest, the fall motorcycle festival, will not happen this year.

That's according to Daytona Beach's mayor, Derrick Henry, who spoke on CNN Monday.

"We are in the process of deciding if we will move forward with those or not," Henry said. "As it stands for me, it's a definitive no at this moment in time, unless things drastically turn around."

Biketoberfest and its spring counterpart, Bike Week, are two of the biggest annual events in Daytona Beach, bringing in thousands of bikers — and dollars — to the World's Most Famous Beach and its surrounding communities.

Biketoberfest is planned for October 15 through 18.

Bike Week, which is a much bigger event, took place in March as Florida began reporting its first coronavirus cases. City businesses and event organizers took precautions, but the event went on as planned.

With other events and vacations canceled since then, Daytona Beach businesses, like other parts of Central Florida, have struggled with the lack of tourism dollars. Cancelling Biketoberfest would extend that hardship.

Other motorcycle events have been postponed or canceled around the state and the country. Leesburg BikeFest, another large motorcycle festival in Central Florida, moved its annual event to November.  St. Pete Beach's bike fest has been canceled. Panama City Beach's spring event was canceled, but its smaller fall event in October is moving forward.

One festival that is not going away is perhaps the biggest in the country — the Sturgis Motorcycle Rally in August in South Dakota. Some of the major events have been canceled to avoid large organized gatherings, and the city is asking visitors to take personal responsibility and follow CDC guidelines. More than 250,000 are expected at the rally.