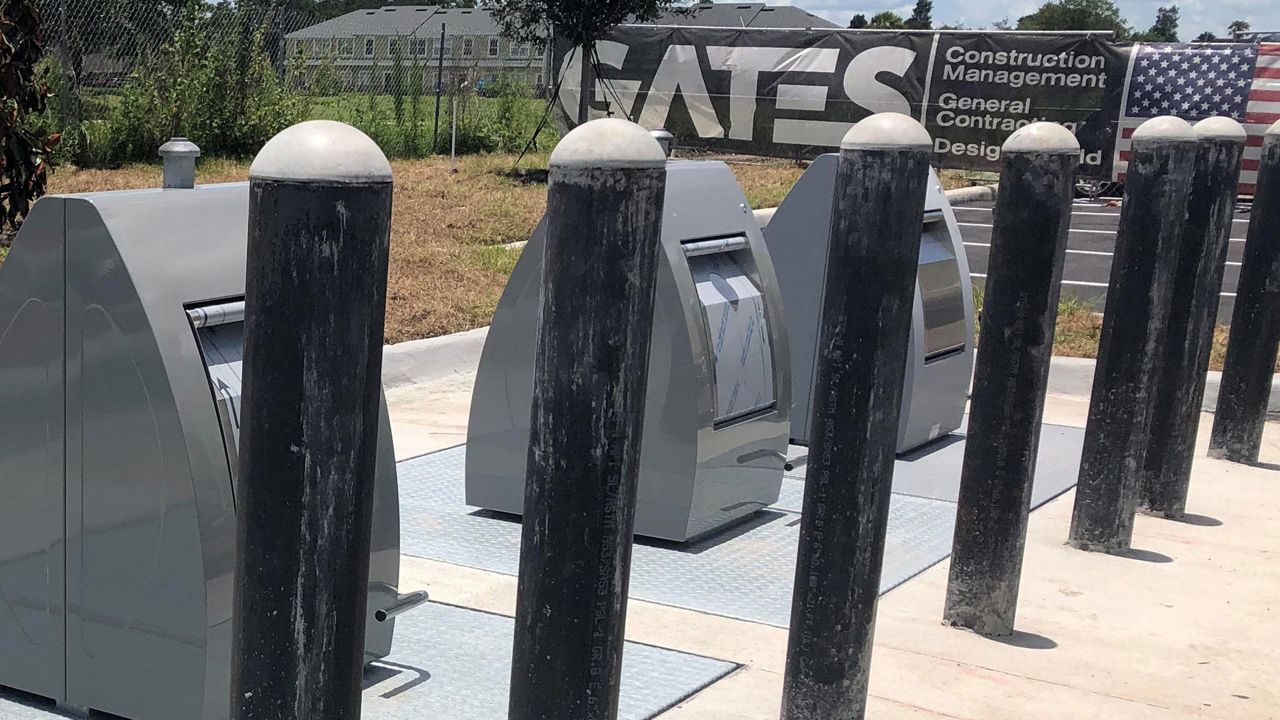 KISSIMMEE, Fla. — A Kissimmee-based company wants to revolutionize the way cities across America handle their trash collection services by making it almost invisible.

How do they intend to do that? By putting it underground.


Underground Refuse Systems in Kissimmee is installing four underground containers at The Hamilton at Lakeside Apartments off of John Young Parkway. The complex will be the first multi-family community to get these dumpsters in the United States.

The City of Kissimmee will be in charge of servicing the units. The company hopes more cities in Central Florida will jump on board.

“Solid waste in the U.S. has been using the same technology for 40+ years. Think about the kind of phone we were using 40 years and what we use now,” said Jay Wheeler the President of Underground Refute Systems. “It’s about time the United States moves into the 21st Century and not just in telecommunications technology, but in solid waste technology.”

The company isn't limiting bringing the technology to Osceola County, either. Soon, Bay area resident will get to utilize it, as well.

“The underground containers provide a sealed environment for the waste so you control odor, rodents, and birds and you also don’t have water infiltration into the system like you do above ground dumpsters,” said Bryant Johnson, Assistant Director Solid Waste & General Services For The City Of Clearwater.

Clearwater will be utilizing the underground dumpster technology at Spectrum Field, the Spring Training home of the Philadelphia Phillies.

Underground Refuse Systems is the only distributor and have the exclusive license for these underground dumpsters in all of North America.