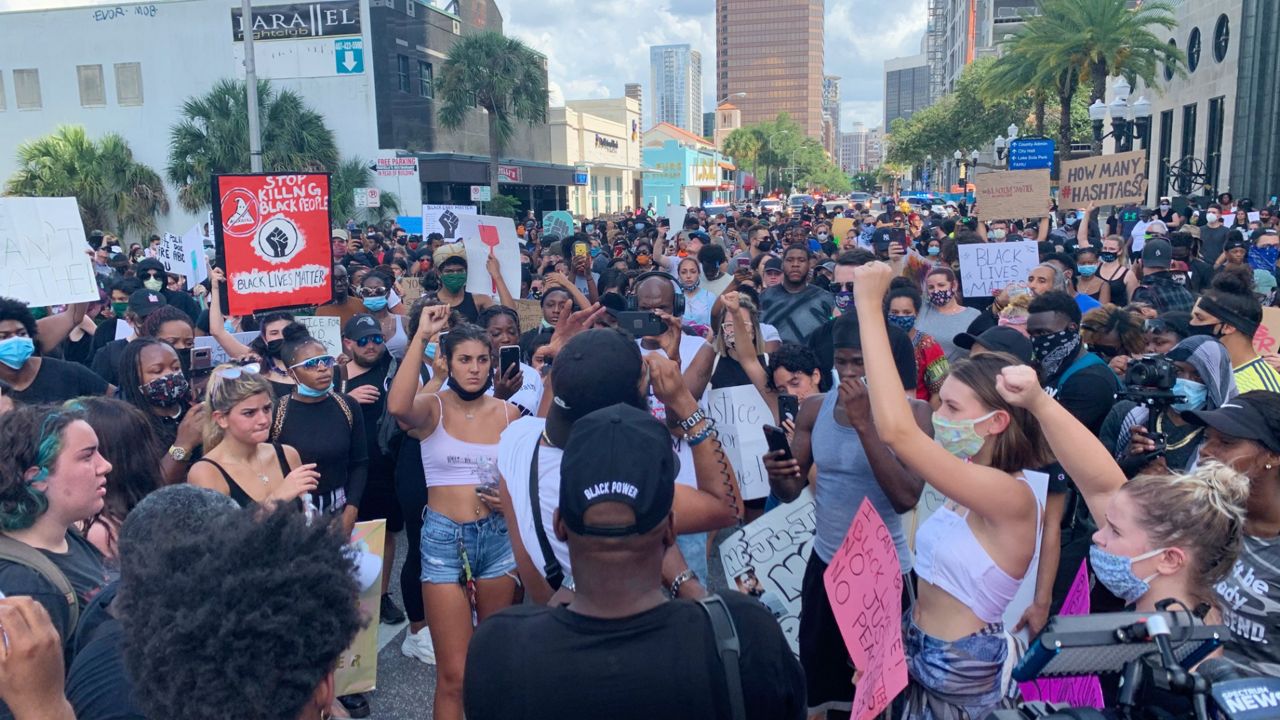 ORLANDO, Fla. – Protesters marched through downtown Orlando on Saturday in response to the death of George Floyd in Minneapolis.

​​The march began at Pulse, with protesters waving signs and chanting as they made their way to City Hall.

It was just one of the protests taking place in Central Florida on Saturday. Protesters also gathered outside the Windermere vacation home owned by former Minneapolis police officer Derek Chauvin. Many held signs that said “black lives matter” and chanted “justice for George Floyd.”

Chauvin, who was seen in a video with his knee on Floyd’s neck, has since been charged with third-degree murder and manslaughter.

Other protesters gathered out in front of OPD headquarters, chanting at officers, saying “I can’t breathe.”

Those words haunting many in the crowds as they were some of the final words spoken by Floyd before his death in Minneapolis.

Officers stood by, watching the crowds, some wearing gas masks.

Joanna Watts said she’s protesting police brutality and inequality. Worrying something like this could happen to her own family, she said she couldn’t sit inside any longer.

“I fought the urge to come outside until about 8 o’clock and I was like I need to go, I need to speak up. I can’t just sit here any longer and let this happen to my people. I honestly don’t know what to do but if this is the first step, then I’m going to take it,” Watts said.

The protests in Orlando, which have remained peaceful, come as other protests take place in cities across the country.

Orlando Police said they expect the protests to continue through the night.