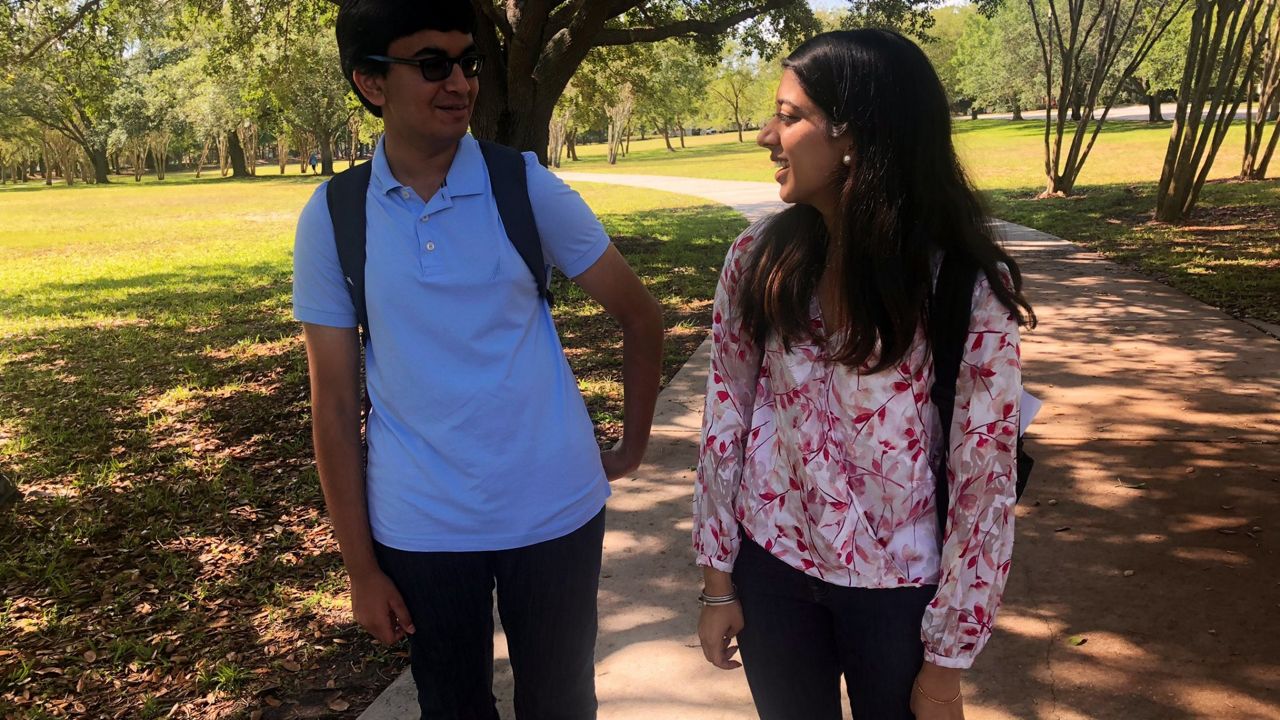 As doctors switched to telemedicine amid the coronavirus pandemic, siblings Arjun and Hannah Verma realized many seniors didn't have access to devices. And they decided to do something to help. (Julie Gargotta/Spectrum News 13)

But they worried about seniors without access to devices, who would be unable to see their doctors.

"A lot of them just don’t have iPhones or iPads, so they can’t have appointments at all," Hannah Verma said.

Then Hannah and her brother, Arjun, had an idea.

“Our idea was simply to connect [seniors] to these devices via getting donations," Arjun said.

“We noticed first at home we had one or two spare iPhones laying around," Hannah continued. "And we thought, maybe we could give this to one of our parents patients or their friends’ patients. Then we thought, why not just go bigger?”

After all, like many students, Hannah, a political science major at Yale University, and Arjun, a 16-year-old student at Lake Highland Preparatory School in Orlando, suddenly found themselves home for an extended period of time with classes only resuming online.

"We weren’t doing much at home. So you might as well help other people out," Arjun said.

And sitting around was not in the siblings' DNA.

“That’s just not who my brother and I are. We’re definitely go getters and interested in working with the community," Hannah said.

The initiative began with flyers in neighbors' mailboxes. It then expanded with social media posts to spread the word.

Soon, the siblings had gathered around three dozen devices; they wiped them clean, ensured they were charged, and handed most off to area doctors’ offices to distribute to their patients, along with a guide they created for seniors on best practices for using the devices.

But, in the process, the Vermas inspired other students, from Los Angeles to Boston, to begin collecting for seniors as well.

“It is really nice to do something productive with our time. And I often think about my grandparents who can’t leave the house in fear of getting sick. So when I’m thinking of these patients, I’m reminded of my family," Hannah said.

As for the future, they hope to collect 200 devices in Central Florida.

“I think the bigger picture is for the long term, all doctors should be switching to Telehealth. And two, we should make sure our country’s most vulnerable are being taken care of," Hannah said.

They're also glad they've embarked on the project together.

“I hadn’t seen him since December, so it’s nice to be reunited," she said. “We often don’t get to spend a lot of time together."

“Sort of gives us the opportunity to reconnect," Arjun said.

If you're interested in learning more or donating a device for a senior, email telehealthforseniors@gmail.com.

For information from the CDC on sanitizing and resetting the device, click here.