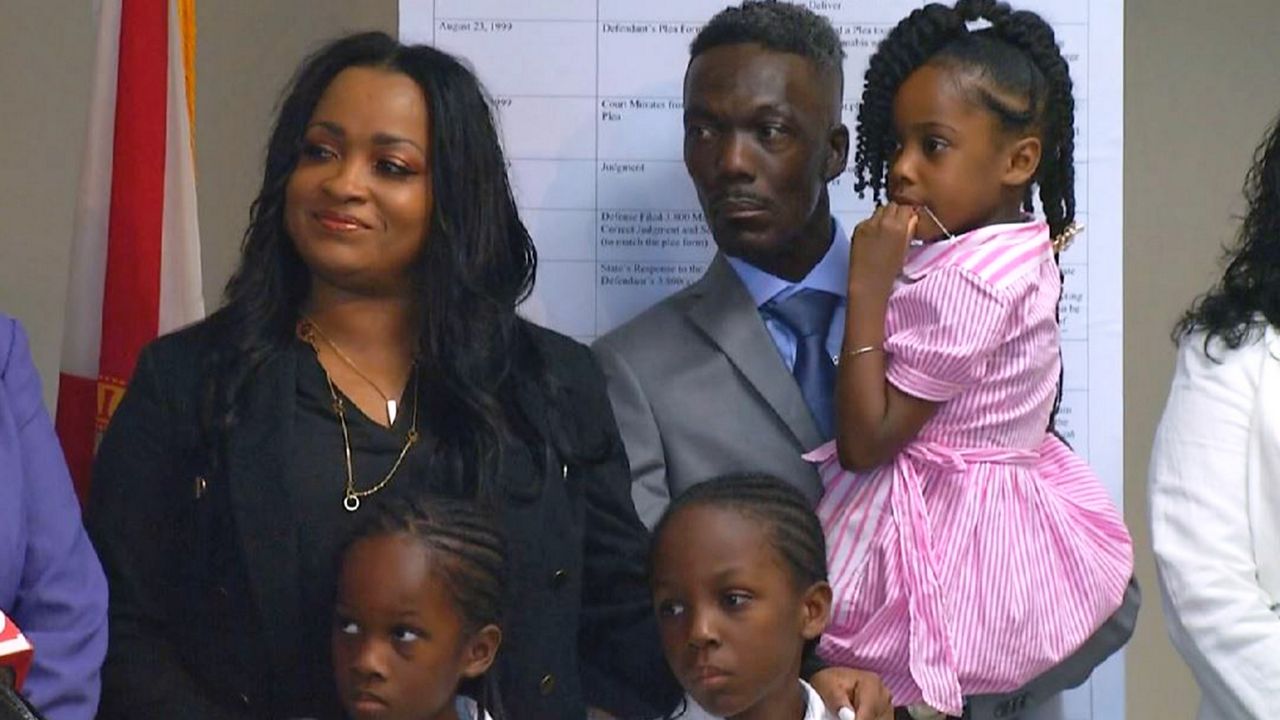 Dwayne Brown and his family. He spent years fighting a five-year attempt to deport the married father of three to his native Jamaica. (Spectrum News image)

Ayala and other officials Thursday were due to detail Dwayne Brown’s battle against the legal system and explain how he spent years fighting a five-year attempt to deport the married father of three to his native Jamaica.

The state attorney was scheduled to hold a news conference at 3 p.m. about her unit’s first exoneration.

“Brown came to New York from Jamaica as a teenager in 1993,” her office said in a statement this morning. “He received Lawful Permanent Resident (Green Card) status upon entering the United States with an immigrant visa based on a family petition filed by his mother.”

After moving to Central Florida in 1995, Brown graduated from West Orange High School, her office said.

After high school, Winter Garden Police searched his place of employment and found 3 grams of cannabis in a “secret compartment.”

“Although there was another worker present and Brown never confessed to possessing the marijuana, he was arrested and initially charged with Possession of Cannabis with Intent to Sell,” Ayala’s office said.

He pleaded no contest to a third-degree felony of possession of cannabis within 1,000 feet of a church, though no church was nearby, Ayala's office said.

However, he was stopped by immigration officials in Atlanta while returning from Jamaica after attending a family member's wedding. Green card holders with criminal pasts can be put into a deportation process upon attempting to re-enter the U.S.

Brown's attorney petitioned the immigration court and received a last-minute order that stopped the deportation process, paving the way for Brown to remain with his family and apply for U.S. citizenship, Ayala's office said.