Who Are the Women Who Testified Against Harvey Weinstein and What Did They Allege?

After more than two years of allegations claiming that disgraced movie mogul Harvey Weinstein raped and assaulted women for years, six women testified against him in a New York courtroom.

Three of those women — Annabella Sciorra, Mimi Haleyi, and Jessica Mann —  were at the center of the criminal charges leveled against Weinstein. Three other women — Dawn Dunning, Tarale Wullf, and Lauren Young — whose alleged attacks were not part of the charges in this case, also testified against Weinstein. Although their allegations against Weinstein are not part of the underlying criminal charges against him, their testimony could be a factor in whether he goes to prison at the end of his landmark #MeToo-era trial.

Here is how they came into contact with Weinstein, and what they said when they testified during the trial. 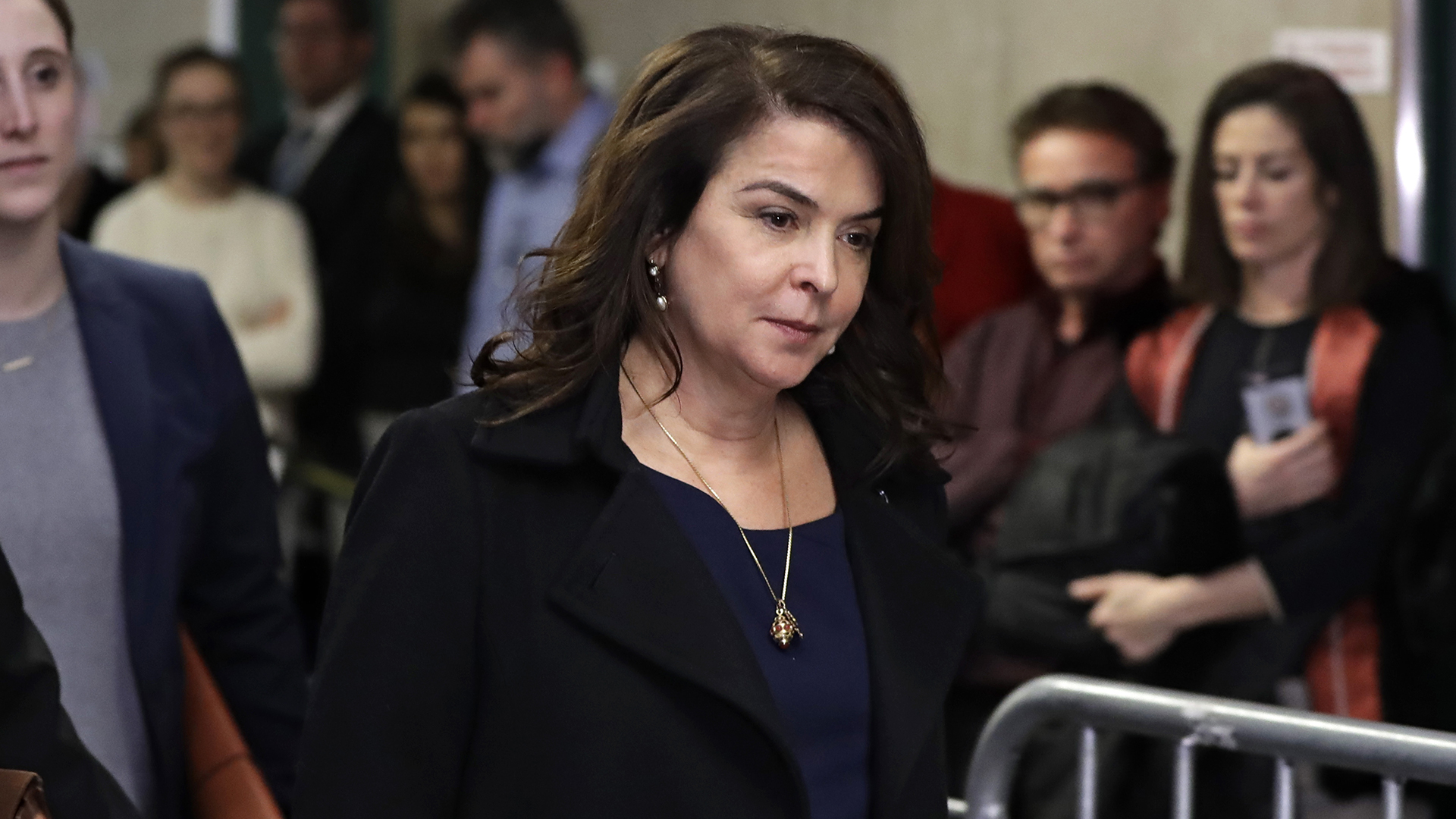 Sciorra was a young star who had appeared in Spike Lee's Jungle Fever when she joined Weinstein and others for dinner in Manhattan in late 1993 or early '94, she testified in court.

She testified that Weinstein dropped her off at her Gramercy Park apartment, and that as she was getting ready for bed, he showed up at her door, barged in and began taking off his shirt.

“I realized what he wanted. It was pretty obvious, so I started to back up," she testified. "I was not feeling any way romantic with him. I wasn’t having sex with him and he kept coming at me.”

"He led me into the bedroom and he shoved me onto the bed... I was punching him, I was kicking him, and he took my hands and put them over my head… He got on top of me and he raped me."

Sciorra says she didn't go to the police because back then she viewed rape as something that happened to women in alleys by strangers. She testified that she confronted Weinstein a few weeks later, telling him she may have fainted or blacked out after the encounter.

"He said, ‘That's what all nice Catholic girls say,’ and then he leaned into me and said, ‘this remains between you and I,’” Sciorra testified. 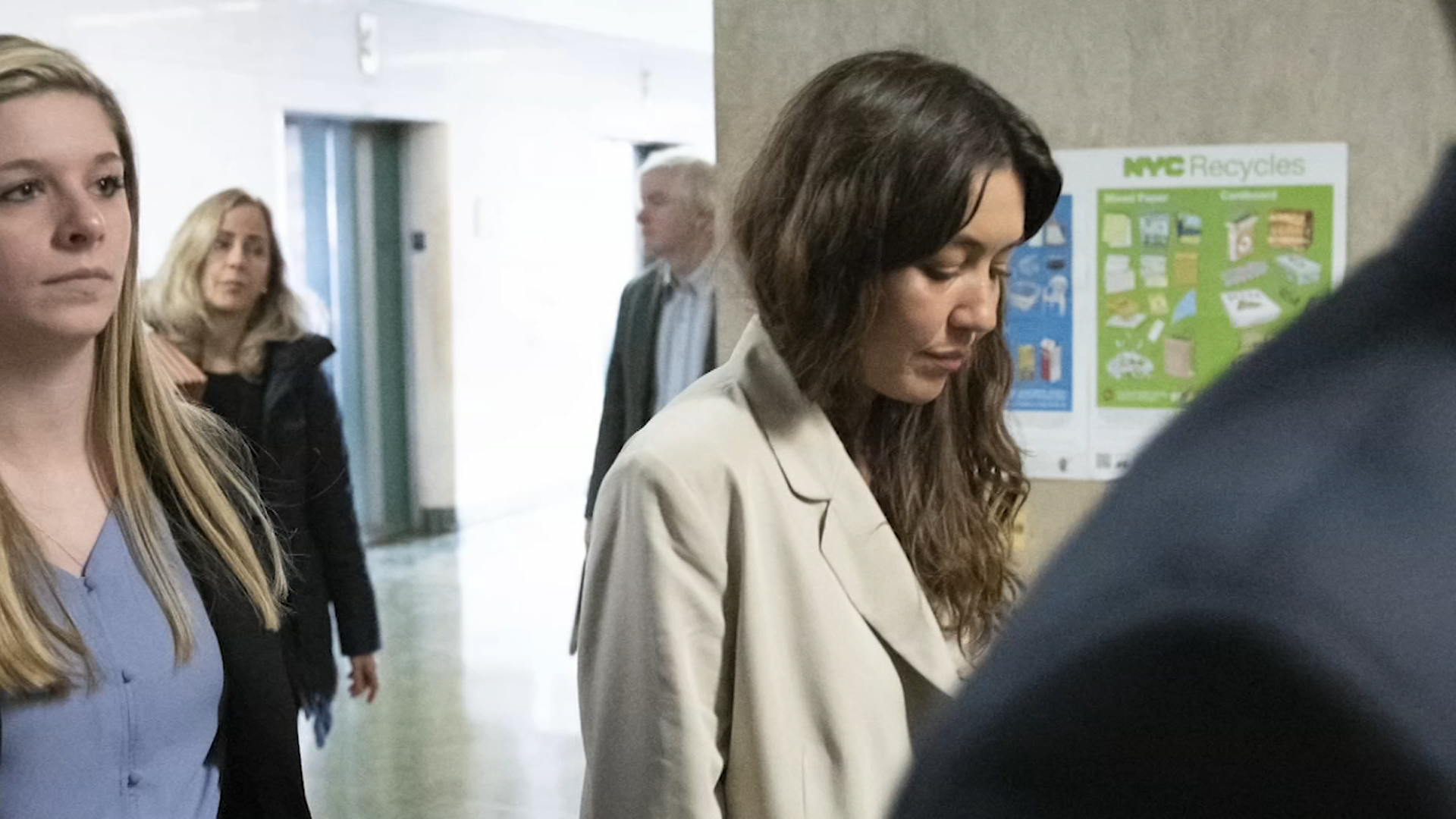 Mimi Haleyi detailed an alleged assault at Weinstein's SoHo apartment during what she said she thought was a meeting to discuss her career.

Haleyi told jurors that Weinstein held her down on a bed and forcibly performed oral sex. She told the jury that after trying to fight him off, "I checked out and decided to endure it. That was the safest thing I could do.”

Haleyi faced questions on cross-examination about her continuing relationship with Weinstein after the alleged assault, with defense lawyers showing jurors a friendly email she sent Weinstein in 2008. Haleyi's attorney said that doesn't discredit her claims. 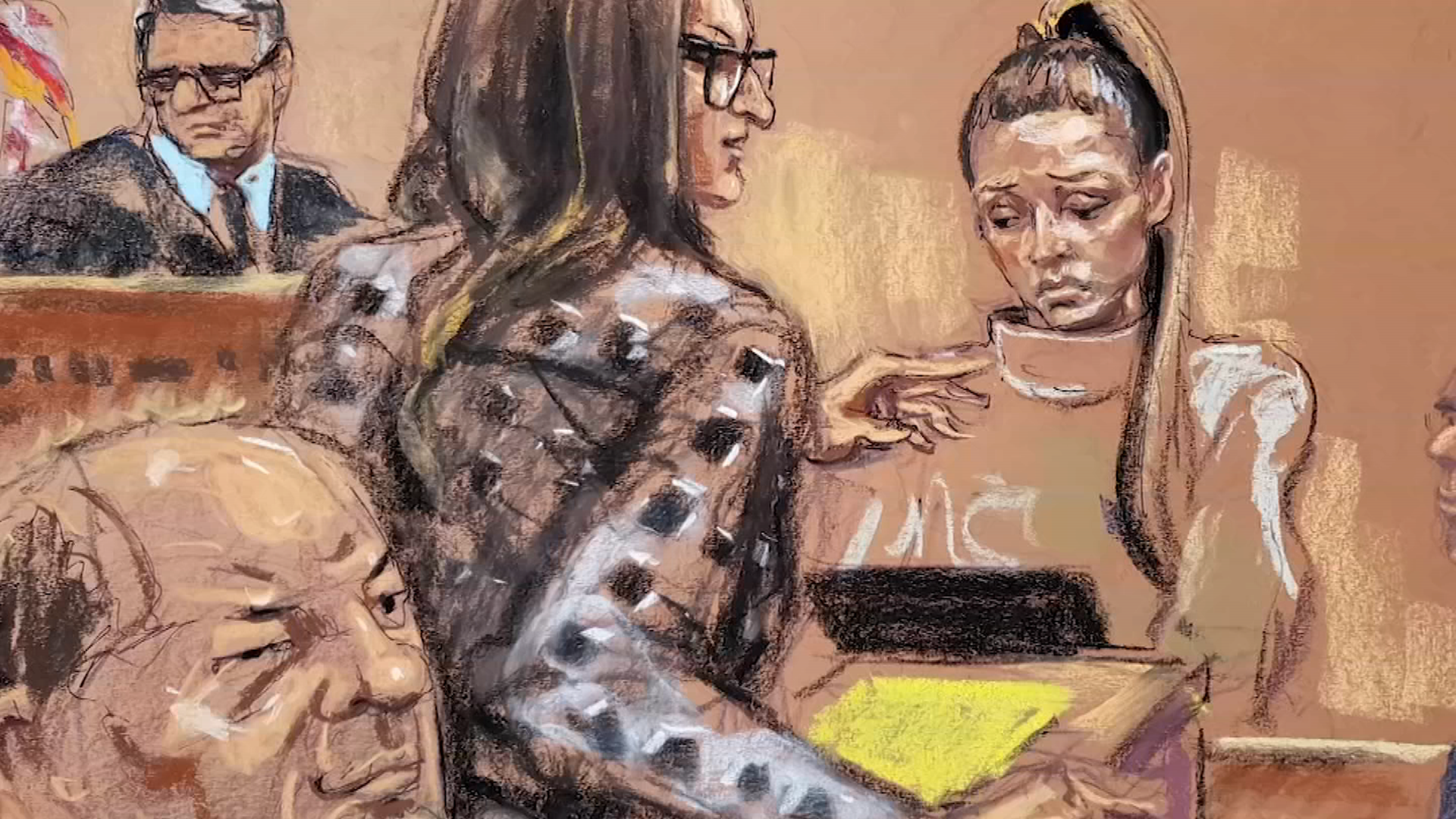 An emotional Jessica Mann took the stand for three days. She detailed a complicated on-again off-again romantic relationship with the former Hollywood powerhouse when she was an aspiring actress.

She accused Weinstein of raping her inside the DoubleTree Hotel on Lexington Avenue in 2013.

Mann also told jurors she was attacked twice in Los Angeles. She said Weinstein forcibly performed a sex act on her at one hotel and raped her at a later date at a different hotel.

"He ripped me up from my chair...He was yelling, ‘You owe me. You owe me one more time,'" the sobbing witness told the jurors.

During cross-examination, Weinstein's lawyer pressed Mann to admit that Weinstein was her boyfriend at the time and everything was consensual because she was using the older man to make it in Hollywood. Mann said that was not the case. 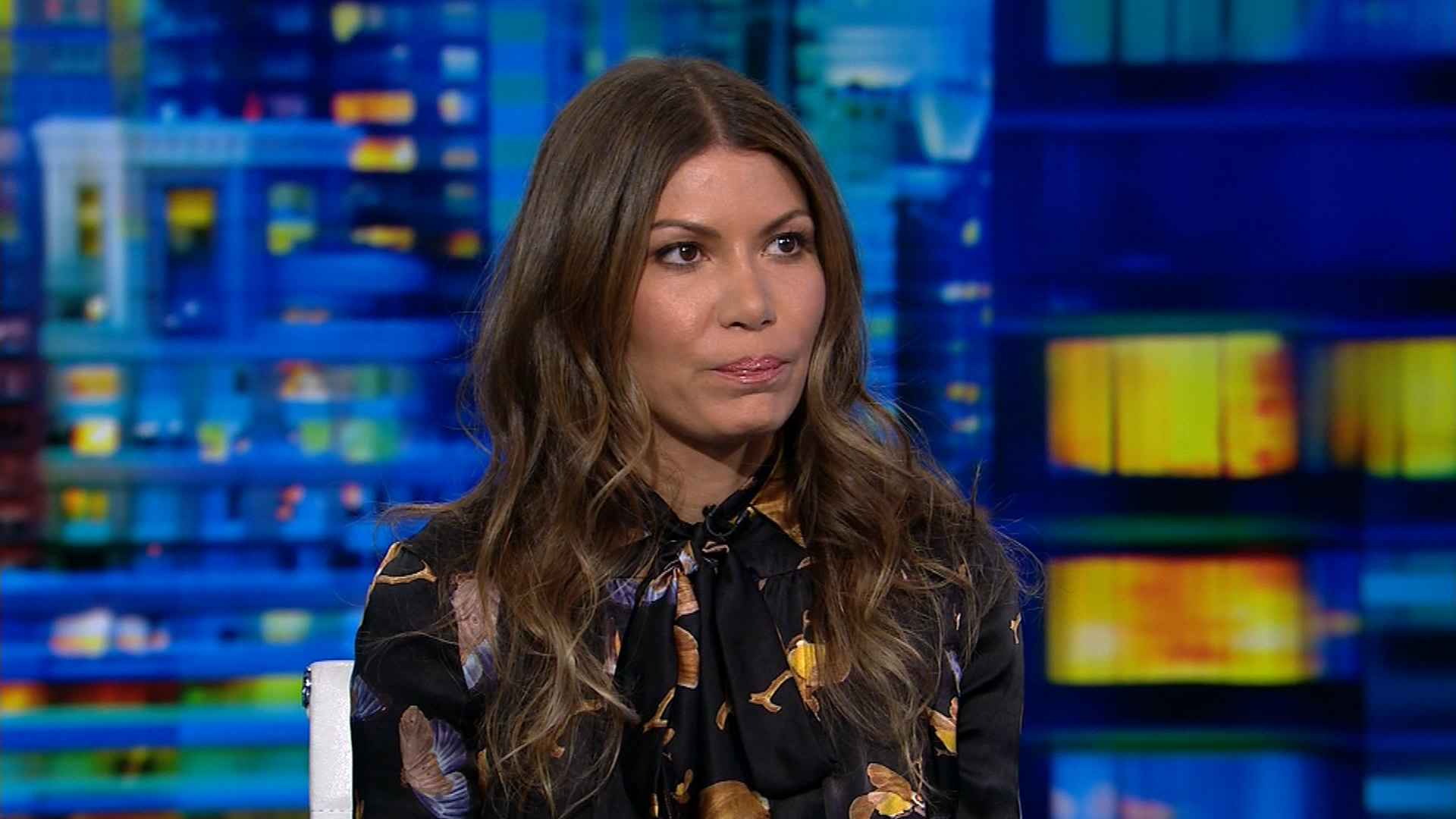 Dawn Dunning testified that, as a twentysomething aspiring actress who was waitressing at a Manhattan lounge in 2004, she first met Harvey Weinstein.

She said they met several times to talk about her career and that at a movie production office inside a Manhattan hotel suite, Weinstein groped her.

Dunning said Weinstein apologized and said not to make a big deal about it.

She said she believed him and a few weeks later agreed to meet him at a hotel's cigar lounge on Park Avenue. Dunning, who's now 40, said Weinstein's assistant took her to a hotel room.

"He opened the door. He was wearing an open white hotel bathrobe," Dunning said.

Dunning said all she could see was Weinstein's big stomach and thought he might be getting a massage. She testified that the producer told her he had movie contracts and said, in order for her to sign them, she had to do something sexual with him and his female assistant.

"When he said that, I laughed. I thought he was kidding," Dunning said.

Then Weinstein started yelling, according to Dunning:

"’You'll never make it in this business. This is how the industry works. This is how all the great actresses made it,’" Weinstein shouted, Dunning said. "He was screaming. He was like a big guy. He was towering over me. I was scared."

That's when Dunning said she ran away. 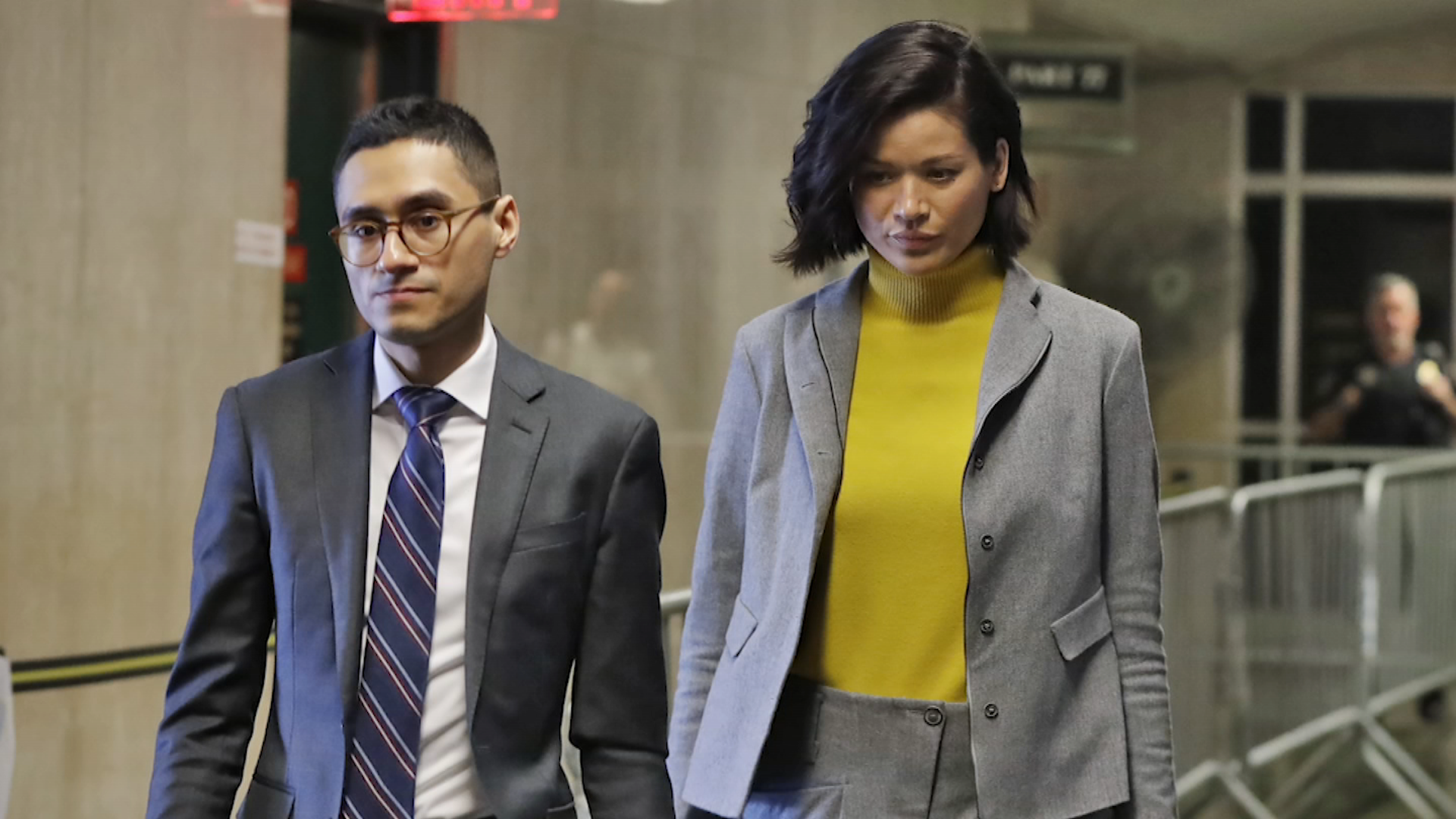 Tarale Wullf testified that, in 2004, she was raped by Weinstein in his apartment. She, too, wanted to be an actress.

Wulff choked back tears as she described the much larger Weinstein grabbing her by the arm, pushing her onto a bed and spurning her pleas to stop with reassurances that she shouldn’t worry because he’d had a vasectomy.

Wulff, now 43 and a model, said she froze as he continued, thinking that would make it “easier to get through, to get past it.” 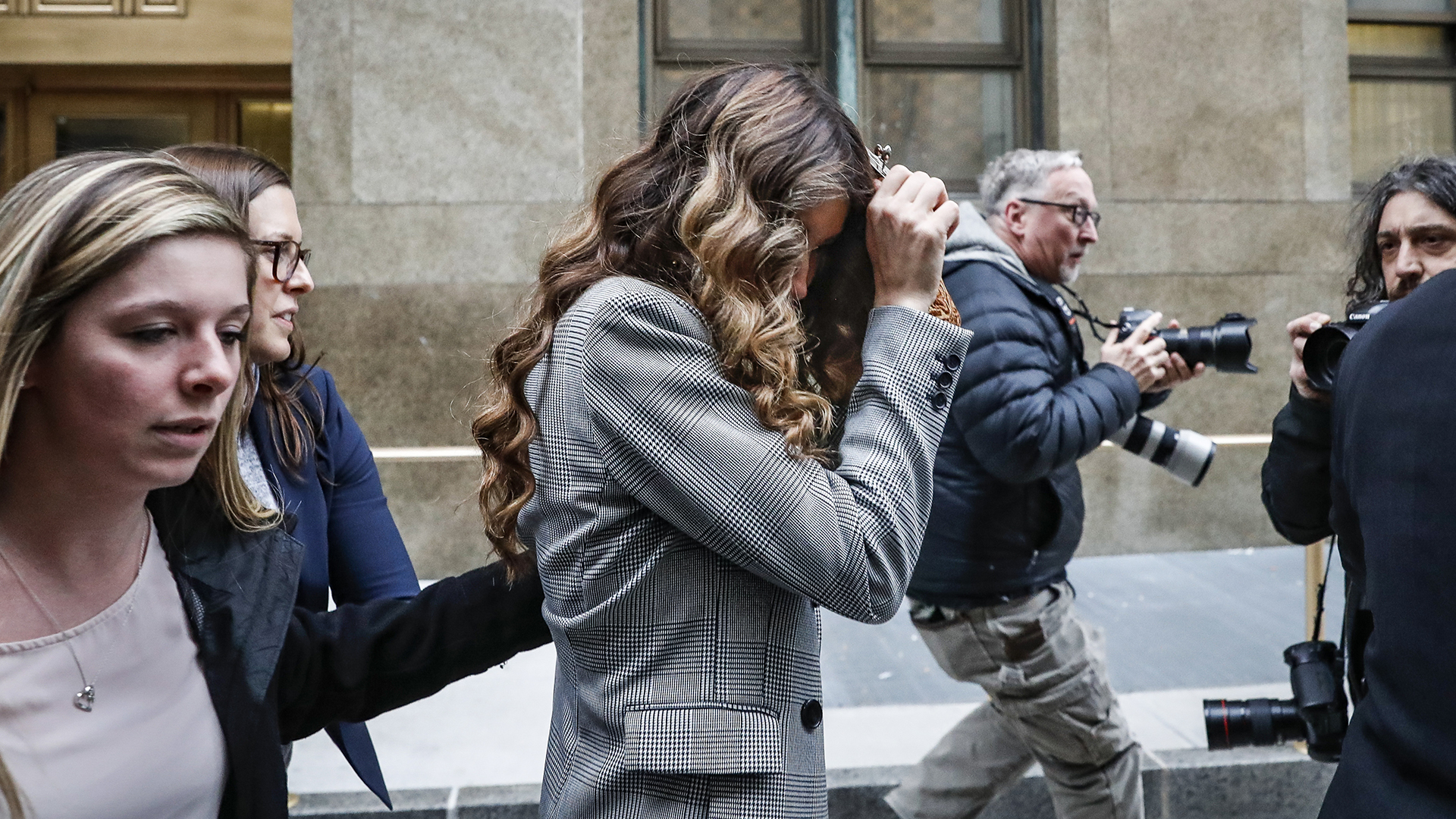 The final accuser at Harvey Weinstein’s rape trial, model and actress Lauren Young, told the court that the one-time Hollywood heavyweight attacked her at a Beverly Hills hotel seven years ago.

Young said she went there to discuss a script, and that Weinstein asked her and a mutual friend to join him upstairs so he could get ready for an awards event.

She said she followed him into a suite, and unknowingly into his bathroom, where she alleges the mutual friend closed the door, trapping her inside.

She said Weinstein quickly took off his clothes and said, “We are just going to have a talk here."

Young testified that as she turned away from Weinstein, he unzipped her lace dress, pulled it down and groped her, saying, "This is what all the actresses do."

"He turned me around and grabbed my breast."

During cross-examination, defense attorney Damon Cheronis pointed out inconsistencies in what Young first told investigators and her testimony now about Weinstein's body and the identity of the hotel where the alleged attack occurred.

The defense has claimed Weinstein’s principal attackers were opportunists who associated with him and agreed to have sex because they felt it would help their careers in Hollywood. The defense highlighted how Mann and Haleyi kept contacting the powerful producer for years, saying this proved their sexual relationship with him was consensual.

The prosecution, however, urged jurors to focus on Weinstein’s conduct, not what the women may have said or done with him afterward.

Information from the Associated Press was included in this story.