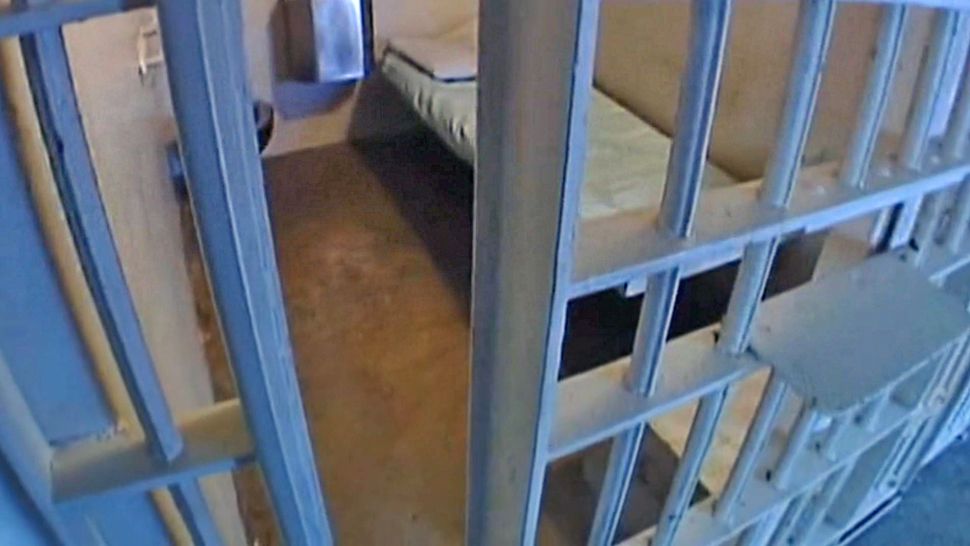 After investigators told Nicholas James Bishop he was a child-porn suspect, the Kissimmee man said he was using the illegal images to hunt online for pedophiles, federal prosecutors say.

“He later admitted that he was searching for and trading child pornography due to personal interest,” a criminal complaint filed in the U.S. District Court for the Middle District of Florida said. “He did not have any plans to refer anyone to law enforcement, but he wanted to.”

Bishop works at a “major theme park in the Orlando area frequented by children,” a criminal complaint said. Bishop's place of employment was listed as "Main Street Operations" for Walt Disney World in a Seminole County Sheriff's booking report. “His job is crowd control, which brings him in contact with children.”

Bishop listed "Walt Disney" as his employer on jail paperwork, but Walt Disney World on Tuesday denied it employed him.

Erica Ettori, Walt Disney World Director of Communications, on Tuesday told Spectrum News 13 in an email that “he does not work for the company.”

Bishop lived at a home on Honeywood Drive in Kissimmee co-owned by Earl Henry Massy III, who said in a phone interview Tuesday that Bishop worked at Disney for about a year before his arrest.

“He worked there in crowd control,” said Massy, who has known Bishop since he and his son met in kindergarten. Massy didn’t know about the child-porn allegations until Bishop’s arrest.

“He stated he took the panties due to a sexual curiosity in this child,” the complaint said. “He stated that he had routine access to this child but denied sexually abusing the child.”

He said he had access to another 6- to 7-year-old girl in another state.

U.S. Magistrate Judge Gregory J. Kelly on Friday ordered Bishop to be held until his trial. Bishop is behind bars at the John E. Polk Correctional Facility in Sanford.