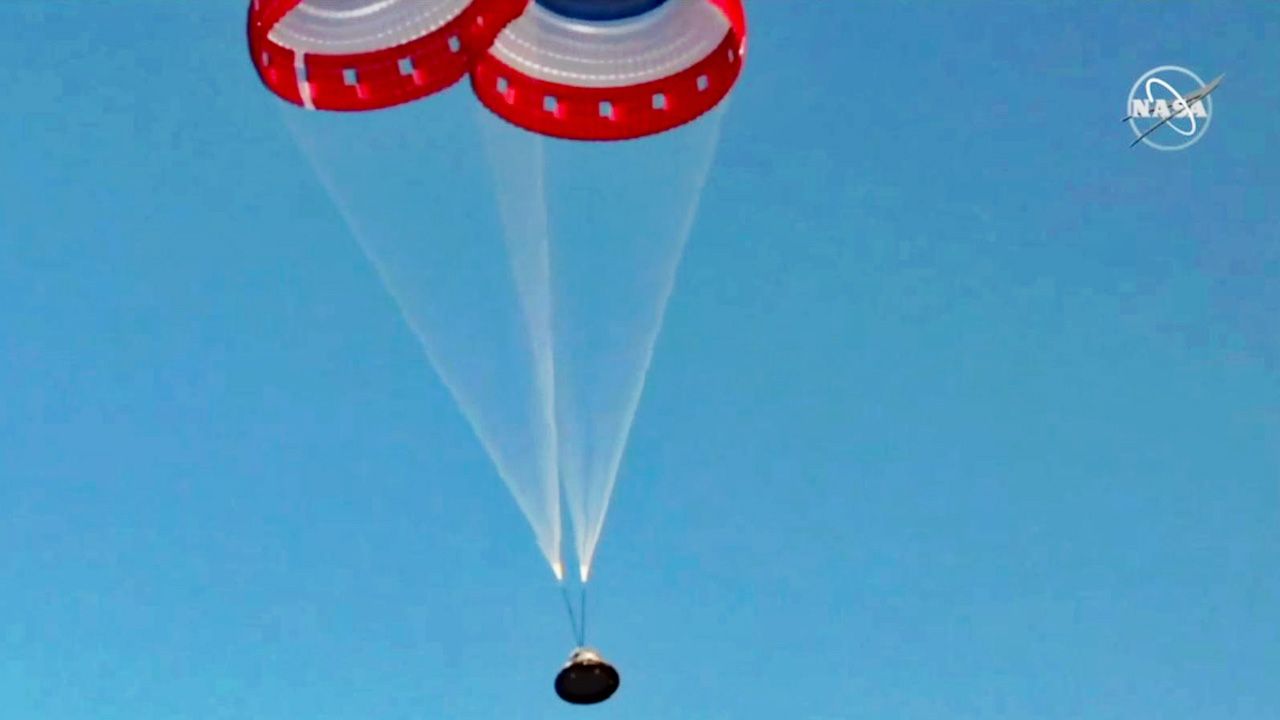 The "pad abort test," which took place in the middle of the New Mexico desert, was to test the craft's launch abort capabilities in case there's an emergency during an actual launch. It's a crucial step toward NASA's goal of launching humans from Florida's Space Coast again.

It was one of the last milestones before astronauts are allowed on board the CST-100 Starliner.

Once #Starliner’s engines fired, the spacecraft got up to 650 miles per hour (1,046 km per hour) in about five seconds, proving this system can get crew away from a dangerous situation fast. pic.twitter.com/YKlvaMm8Vh

The spacecraft, built at the Kennedy Space Center, used its four launch abort engines and several of its thrusters to reach a mile into the air above White Sands Missile Range in New Mexico. It hit 650 mph in just 5 seconds.

The abort system will only be used during an actual launch if engineers suspect a problem with the rocket carrying Starliner to orbit.

Although designed with three parachutes, two chutes opening successfully is acceptable for the test parameters and crew safety. pic.twitter.com/fru36SUMwM

"We want to prove we can get away from the rocket in case there’s an emergency, and we can land safely out in the desert," Boeing Vehicle Engineer Bryan Gartner said.

Three parachutes were supposed to deploy during Monday's test, but that didn’t happen.

"We do have redundancy built in," Boeing Communications Specialist Jessica Landa said.

In addition to the chutes, airbags deployed to cushion the landing.

Boeing is building all of its Starliner vehicles at an old shuttle hangar at the Kennedy Space Center. Officials from Boeing and NASA will evaluate the data before moving forward with the Starliner’s next test: an unscrewed launch on an Atlas V rocket, set for December 17 from Cape Canaveral Air Force Station.

"We hope to never use this system, but in case we ever have trouble with the beautiful Atlas V on the launch pad, we know after today’s test we’ll be able to get off safely," NASA astronaut Mike Fincke said.

NASA has contracted both Boeing and SpaceX to carry astronauts to and from the International Space Station. Right now, NASA is aiming to have the first human launches early next year — more than eight years since the retirement of the space shuttle.