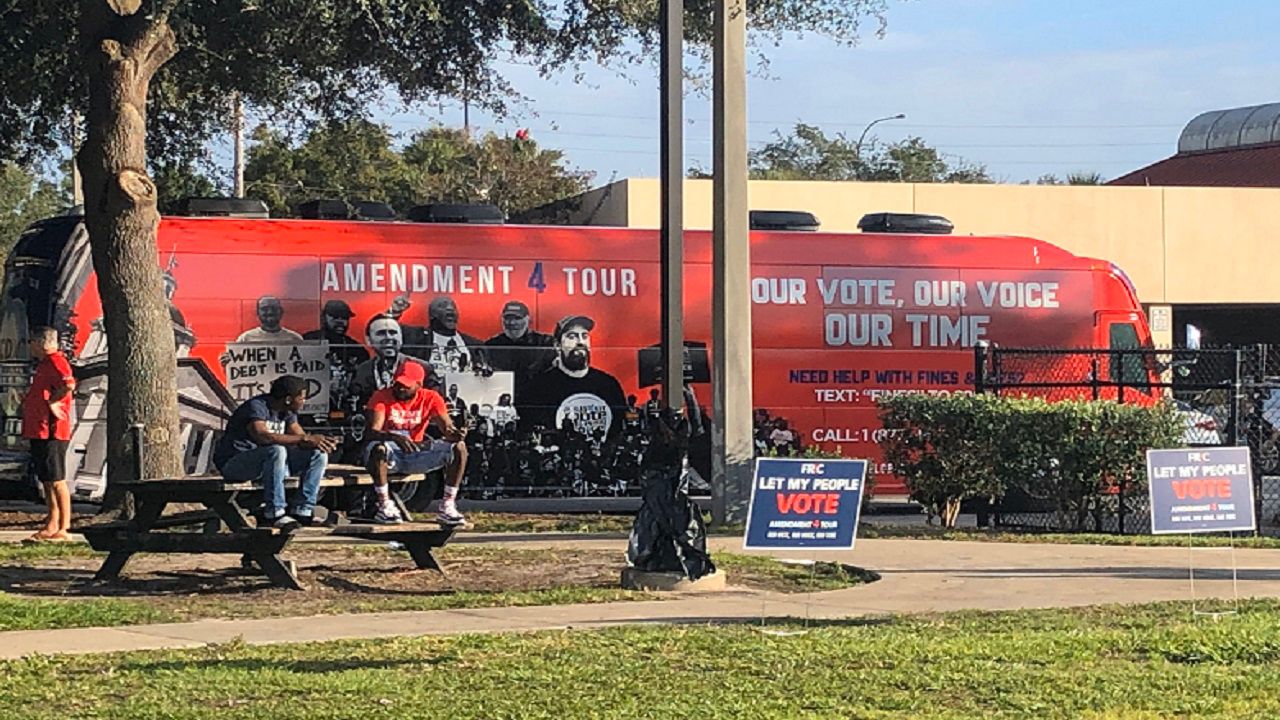 The Florida Rights and Restoration Coalition is kicking off a bus tour in Orlando to register ex-felons to vote and raise awareness about a fund help people pay off fines and fees associated with their convictions. (Rebecca Turco/Spectrum News 13)

Bus Tour Out To Spread Word About Felons' Voting Rights

“Words can’t explain how I feel right now,” said Vincent Anderson, minutes before casting his ballot as part of early voting. “A big day for me, a big day.”

Anderson got out of prison in January of last year, but never felt whole because he didn’t have the right to vote. “They didn’t let us have a voice,” he said.

The passage of Amendment Four changed that. Now Anderson is one of an estimated 10,000 convicted felons, also called returning citizens, registered to vote in Orange County, according to the Florida Rights Restoration Coalition (FRRC).

“There’s not a better evangelist for democracy than someone who’s lost the ability to vote and then gets it back,” FRRC Deputy Director Neil Volz said.

Anderson joined other returning citizens and FRRC volunteers Saturday morning on a bus trip to elections headquarters so they could participate in early voting.

“It feels good knowing that I can vote now, that I can make a difference,” he said, minutes after casting his ballot. “The change that we always wanted in our community, we can be a part of that now.”

Members of the FRRC are touring the state, encouraging returning citizens to register to vote.

As it stands, Amendment Four requires convicted felons to repay fines, fees and restitution before getting their right to vote back. It’s being argued in the courts as part of a class-action lawsuit.

A federal judge granted a preliminary injunction earlier this month.

The Florida Rights Restoration Coalition is helping register people back from incarceration to vote - and helping find pathways to eligibility for those barred due to existing fines and fees @MyNews13 #news13orange pic.twitter.com/duFlGvjC0G