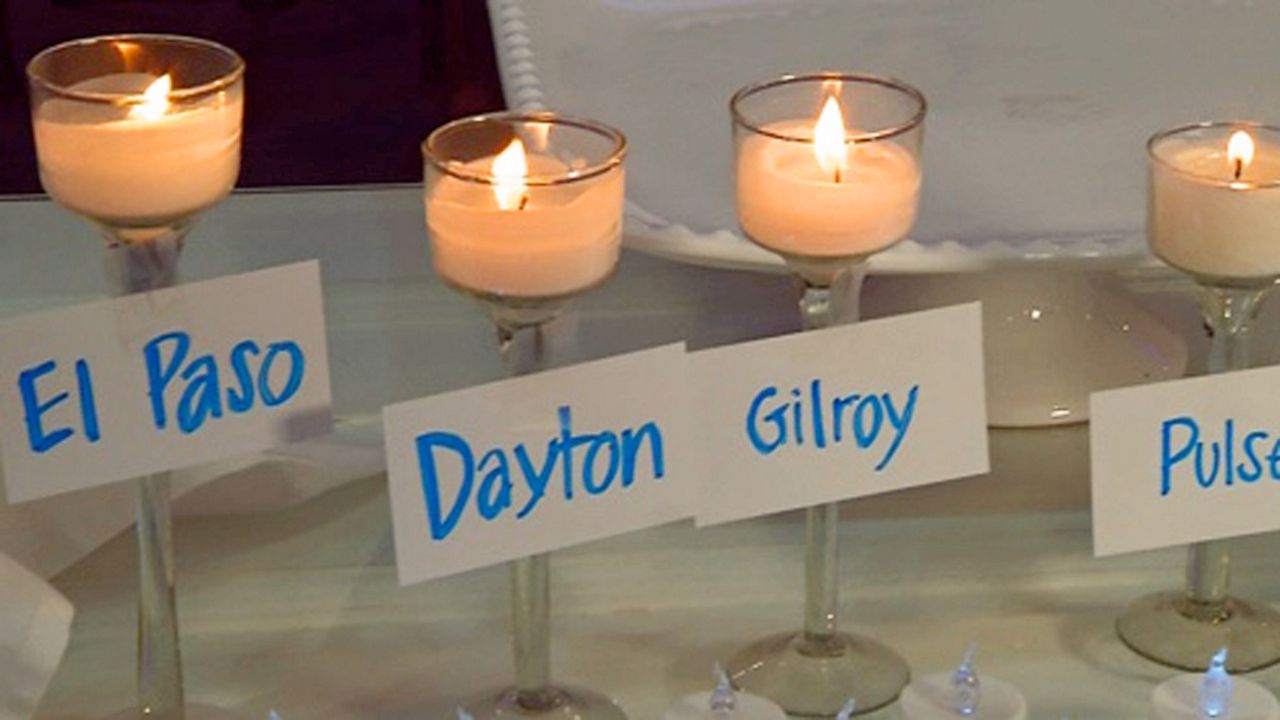 Leaders of different faiths, including a rabbi and an Imam, read aloud the names of the victims shot in El Paso, Texas; Dayton, Ohio; and Gilroy, California.

Speakers like Yasmin Flasterstein also came to the vigil to call for action. She’s a survivor of gun violence herself.

“I woke up one day, and there were two men standing above my bed with guns — probably 18 years old, definitely shouldn’t have been able to have a gun. But when you’re on the other end of gun violence, you’re helpless,” she said.

“Violence and hatred — those aren’t mental illnesses, but they are things that with mental health care, people can learn more positive coping skills,” she said.

They are now reading the names of the victims of the #ElPasoShooting #DaytonShooting @MyNews13 #News13Orange pic.twitter.com/4jNbzhAbxU

Other speakers at the vigil, including a Parkland high school student and a Pulse nightclub survivor, demanded lawmakers pass stricter gun control.

“Rubio and Scott need to demand that Mitch McConnell bring HR8 to a vote,” said a member of Moms Demand Action in reference to a bill passed by the U.S. House, which would require background checks on all gun sales.

But just as important, according to Flasterstein, is for people to take care of themselves and their mental health amid recent mass shootings.

“So I just want to empower people to find the way that they heal, and if they struggle with figuring out what that is, then seek professional help, because there’s no shame in it,” she said.