Epic Universe will be built on what Universal says is a 75-acre site just off Universal Boulevard and Sand Lake Road. In addition to the theme park, the land will be home to hotels, shops, restaurants, and more.

"Our vision for Epic Universe is historic," said Tom Williams, chairman and CEO of Universal Parks & Resorts. "It will build on everything we have done and become the most immersive and innovative theme park we have ever created." 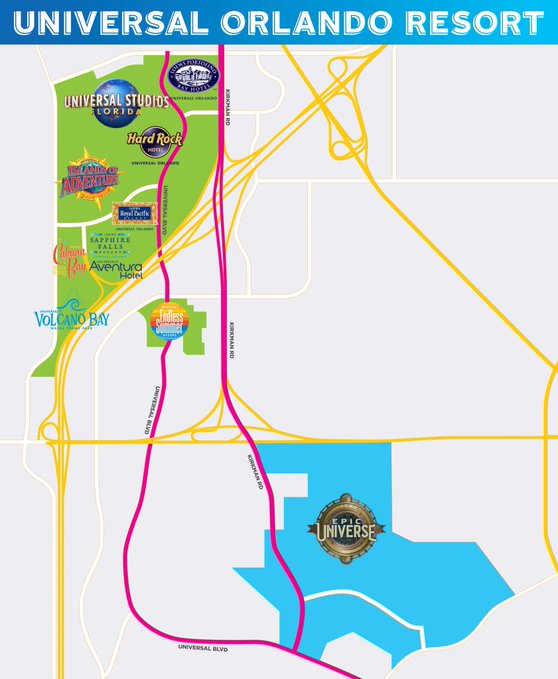 Williams didn't answer whether the new park would include Harry Potter or Nintendo properties, saying only that a "universe is bigger than a world."

"You’re well aware of the competitive pressure of this Orlando marketplace," Williams said. "We’re all battling for time of visiting guests to come to our location, and to frankly share details of what we have in mind with competition is something we have no interest in doing.

Universal also said the new park will be about experiences, characters, and storytelling.

Universal execs answering questions about what visitors can expect at the new park. It will be about experiences, characters and storytelling. “Telling the story in the most effective way is most important.” pic.twitter.com/t6yGTyCSh5

Orlando Sanford International Airport also announced Thursday that it will offer a direct shuttle service from the airport to Universal, called Attraction Express.

With the new park comes changes to the area around the site. Kirkman Road will be extended into the area where Epic Universe will be located, thanks to a 50-50 public-private partnership, Demings said. Universal is investing $160 million in the road project.

"The Kirkman extension will improve transportation through a busy growing portion of our county and open up the entire area for additional development — including an important expansion of our Convention Center," Demings said in a statement.

Among the details that Universal didn't share Thursday: When the park will open and how much it will cost.

Epic Universe comes amid fierce compeition in Orlando's theme park market. Disney World is set to open Star Wars: Galaxy's Edge at the end of the month, while SeaWorld has teased a new coaster in 2020.