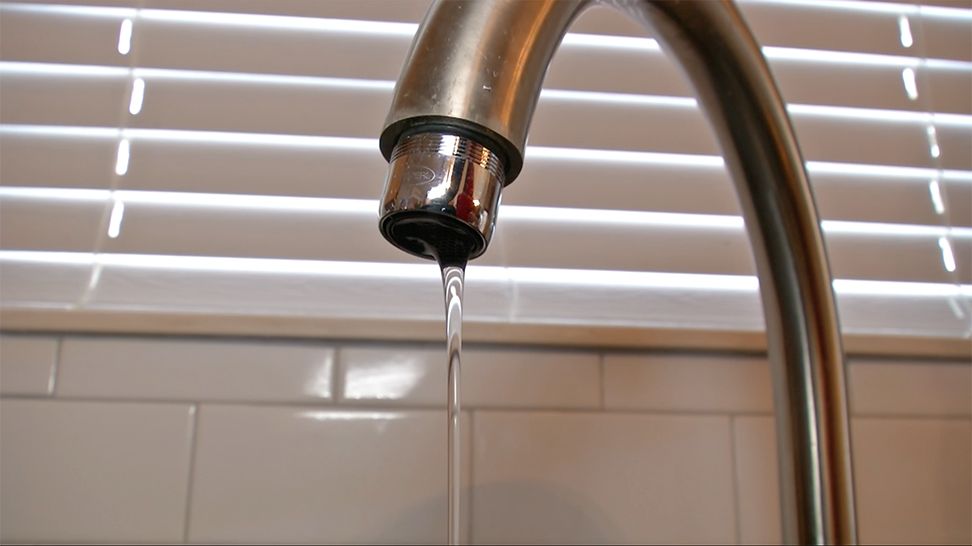 MELBOURNE, Fla. — Concerned Melbourne area residents are still talking about funny-tasting and smelling water even though testing shows the water is fine.

"(Smells) like dirt, which we are used to," Jennifer Kelly told Spectrum News. "But now it seems to be highly chlorinated dirt."

For the past two weeks, Kelly says the water coming out of the faucets at her Melbourne home is causing her concern.

"We've actually started to brush our teeth and water our plants with bottled water instead of using the house water, because it's repulsive almost," Kelly said.

On Monday, a sign sat at the entrance to Lake Washington’s boat ramp, warning that blue-green algae may be in the water, and there may be toxins.

Swimming and eating shellfish are discouraged.

The city says due to the issue, they've had to adjust their treatment process to remove additional bacteria coming from the surface area of the lake.

The ozone treatment is at full capacity as more system-flushing and quality-testing continues.

Because of that, customers are reporting a higher chlorine smell and taste.

"Kind of a musty, earthy odor in their water," said Scott Morgan, West Melbourne City Manager, who says they've heard from some of his 10,000 residents about the issue over the past week.

His town is some of the 170,000 customers served by the city of Melbourne’s water department.

West Melbourne conducted their own water tests over the weekend.

"It's meeting all the DEP standards. It's safe to drink," Morgan told us.

It gives some solace for Kelly, who is leaning on the side of caution until it clears up.

"I want to have good-smelling, good-tasting water," she said.

Melbourne says it's routine for the treatment system to get extra chlorine and ozone, due to more algae growth during the hot summer months.

West Melbourne tested on their own over the weekend, and plans more this week.