In this file photo from February 2, hundreds of passengers wait at the security gates of Terminal A of Orlando International Airport after a TSA worker jumped to his death from a balcony into the atrium. (Spectrum News 13)

Watchdog: Did Culture of Bullying Contribute to TSA Worker's Suicide?

ORLANDO, Fla. — Bullying and retaliation against Orlando International Airport employees by TSA management is pervasive, numerous former or current airport employees say, and may have contributed to a TSA employee's suicide in February, a Spectrum News 13 Watchdog Investigation has found.

Spectrum News 13 obtained an email that sheds light on why Robert Henry publicly jumped to his death from a balcony of the Hyatt Regency hotel inside Orlando International Airport in February. We also spoke with two dozen current or former TSA employees who shared stories of bullying or retaliation at the airport.

In the early stages of the investigation into Henry's suicide, it was thought that stress from being on furlough during the partial government shutdown, with the additional pain of a nagging toothache, were the main reasons why Henry took his life.

But his suicide note tells a different story.

Shortly before Henry committed suicide, he e-mailed a small group of people. One of the recipients of his e-mail was his father, Gerald Henry, who lives in Virginia.

After receiving and reading the e-mail from his son, Gerald Henry called police in St. Cloud, Florida, where Robert resided.

"This is Gerald Henry. I live in Virginia, and I received an e-mail about an hour ago from my son and he lives in St. Cloud and it is a suicide note," the elder Henry said to a 911 dispatcher. 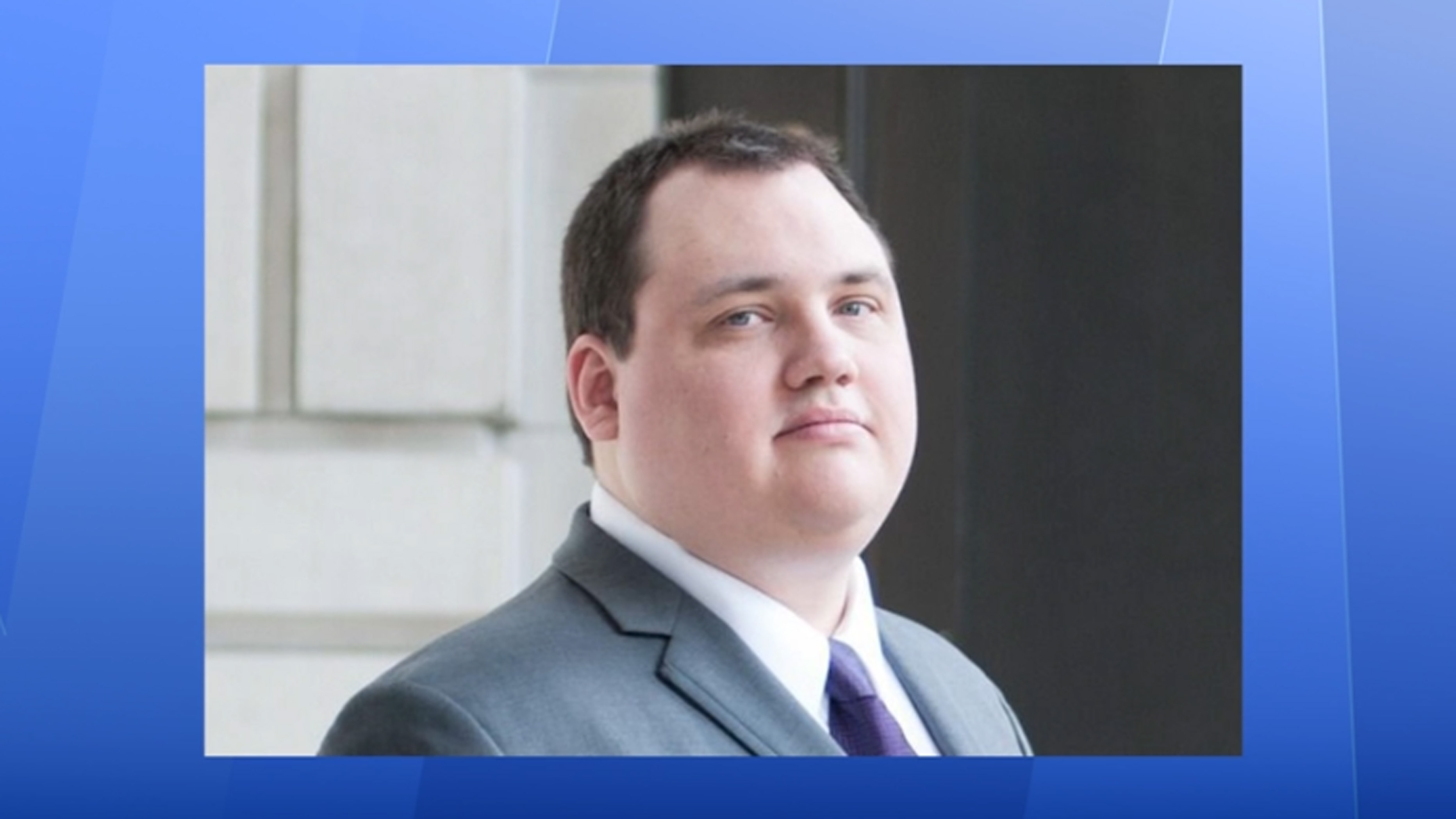 Before the jump that rattled Orlando airport travelers, Henry wrote an e-mail describing his fear of poverty and being a burden on his family. He also wrote that his struggles worsened when he switched from a p.m. schedule to an a.m. one, making it difficult for him to keep his eyes open, he said. Coworkers told Spectrum News 13 that they'd seen Henry on more than one occasion falling asleep on the job.

Henry also wrote that he had become a target for management.

"I hope I will not have to send this email, but if I've lost my job I don't see myself as having any other purpose at this point.

"Tell my managers I will be waiting for them in Hell. Especially the ones who feel this was necessary."

Felicita Alicea is a supervisor transportation security officer at Orlando International Airport and is in her 16th year with the TSA.

She says she witnessed Henry jump that day.

"Knowing him, I have worked for him before, so I was yelling out to him," Alicea said. "Robert, what are you doing? I yelled stop and started waving my arms, and he closed his eyes, held his arms out, and then he leaned forward and jumped."

Alicea says she'd witnessed Henry being bullied by coworkers and managers at work.

"They would call him certain names, and I don’t know if it was an OK name to call him... They use to call him 'Lurch,' " Alicea said.

On the same day Henry died, almost an hour before he jumped, Alicea wrote an e-mail to management with the subject line, "LTSM/TSM Bullies." She provided a copy of that email, which purported to document a recent bullying incident that happened to her in late January.

Five days later, on Thursday, February 7, TSA's Federal Security Director of Orlando Jerry Henderson responded to Alicea's complaint and wrote back, "Thanks for your e-mail. We investigate your allegations. Thanks. JH."

According to Alicea, nothing was done, nor did anyone follow up with her regarding her filed complaint.

Henderson declined to comment, but his attorney, Tamara L. Miller, said in a statement:

"Despite what disgruntled employees may claim, FSD Henderson has a track record of successful and effective leadership over the past 7 years at the Orlando International Airport, helping to ensure the safety of the traveling public. Throughout his tenure, all reports of bullying, retaliation and other misconduct involving Orlando International Airport managers and staff have been fully investigated and addressed as appropriate. The entire TSA community mourns the tragic loss of Transportation Security Officer Robert Henry, and expresses its condolences to his family."

Brenda Shearer is a former TSA employee at MCO. She met Henry while working there, and a few years ago let him move in with her.

She says she also witnessed coworkers and managers bullying Henry.

"I saw it and ran go-between lots of times," Shearer said. "There were unsubstantiated accounts of someone saying he (Henry) did something (such as breaking rules). And when they pulled the (security) camera, it wasn’t there," Shearer said.

In a statement, TSA said, "Federal law and TSA regulations prohibit and do not tolerate inappropriate or unprofessional conduct and prohibit retaliation."

Other TSA workers told Spectrum News 13 that MCO managers went beyond bullying, claiming they were retaliated against after reporting a supervisor.

David Platt has been with TSA for 13 years as a bomb appraisal officer and is an explosives specialist. He says he witnessed one of his bosses violate TSA rules in 2009 and reported it.

"A senior official with TSA, Keith Jeffries, allowed a defense contractor to bring explosive, improvised explosive components and/or IEDs and place them on board an aircraft," Platt told us.

Platt says Jeffries allowed a prohibited item onto a passenger aircraft, which is a violation of U.S. Code of Regulation 49. The item was, according to Platt, an improvised explosive device.

According to 49 U.S.C. 40101 and 49 CFR 1540.111, passengers cannot carry explosives, including realistic replicas of explosives, as accessible property or on their person through passenger screening checkpoints or into airport sterile areas and the cabins of a passenger aircraft.

After Platt reported Jeffries, he alleges Jeffries orchestrated retaliation against him.

According to Platt, he was cleared of all allegations each time, but he would be sent away to the Sanford airport or an airport where there is no explosive specialist position.

Platt is suing the TSA.

"I am agreeing to this interview under the Whistleblower Protection Act. I am a whistleblower," said SanRoman, a TSA assistant federal security director for operations at MCO, before being interviewed by Spectrum News 13.

SanRoman said that like Platt, he was retaliated against after he reported two TSA directors for violating policy. That was in 2016. Named in those reports were Federal Security Director Henderson and Jeffries, now the FSD of Los Angeles International Airport.

"They both, in my view, and I have strong evidence to support this, displayed dishonorable and unethical behavior by providing the questions to promotional interviews ahead of time to those that they favored in this case," SanRoman said.

Since filing complaints against Henderson and Jeffries, SanRoman says he has had his security clearance pulled and been transferred to an office at the Sanford airport. Platt is now suing the TSA for retaliation in federal court and has requested a jury trial. SanRoman doesn't just want restitution but to bring change to a system he says is broken.

His case has been filed against the TSA through the Equal Employment Opportunity Commission.

"I spent my whole life defending our nation and my oath," SanRoman said. "To be in this position in my life, I have a real disdain for this process, and I want it to change. I don’t want anyone else to ever go through with this."

We spoke with more than 20 current TSA employees on the phone who shared similar stories of bullying or retaliation. However, they declined to speak on camera for fear of losing their job, getting suspended — or being placed on what workers called "The Green Mile."

"The Green Mile is when you are in trouble at the airport," explained Shearer, the former MCO TSA worker. "They are maybe processing your termination, they are suspending you, or not sure what they are going to do with you. They place you out there in front of the checkpoint so that everyone on the checkpoint sees you and they know why you are there. You may be getting fired. They haven't pulled your credential but your ability to do anything."

SanRoman provided us with a 2018 survey conducted by MCO TSA employees. In it, item 13 is called "Merit System Principles." The text reads: "I can disclose a suspected violation of any law, rule, or regulation with out fear of reprisal?" Only 35.6 percent said they can do that, which is far below the TSA national average of just over 52 percent.

Spectrum News 13 requested an interview with Henderson but was denied. On Friday, the TSA confirmed that Pete Garcia had assumed duties as interim federal security director at Orlando International Airport the day before.

We also asked to speak with other managers and directors of TSA at Orlando International Airport, but we were told they would not be made available to comment on this report.