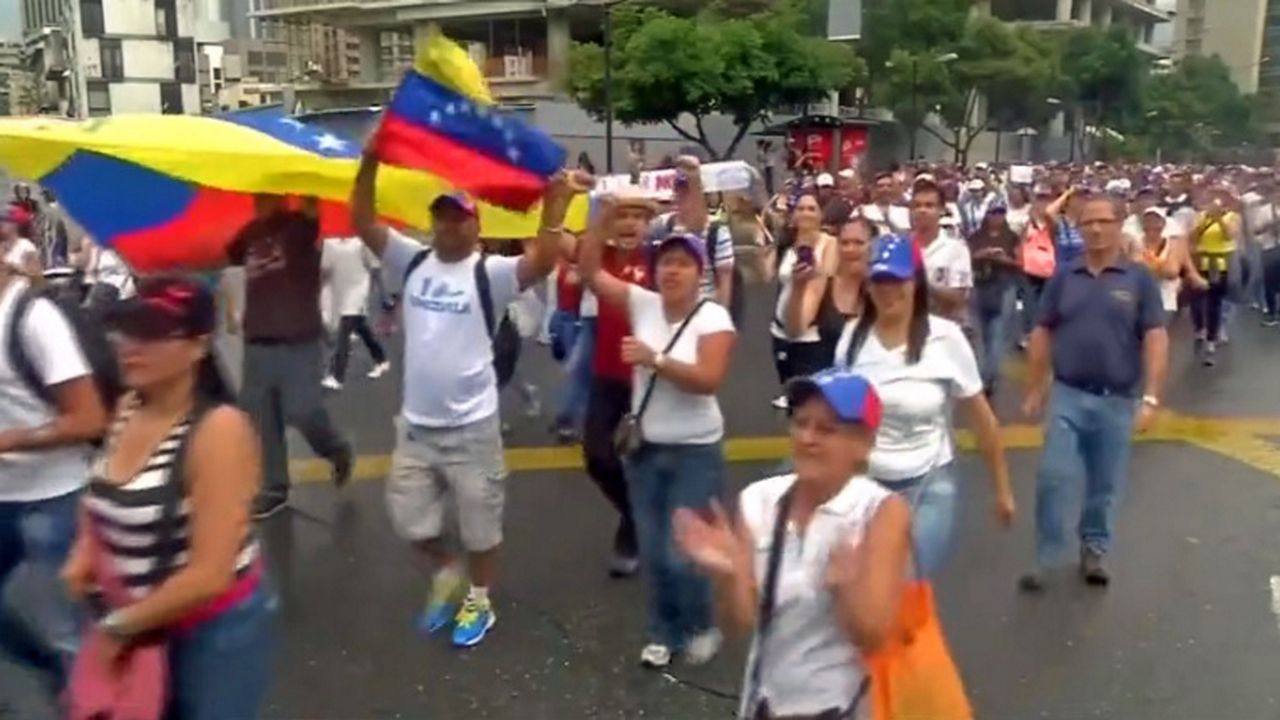 WASHINGTON — Florida lawmakers are proving to have a large influence on the federal response to the crisis in Venezuela.

“The Venezuelan government is now the government of President Guaidó,” said Sen. Marco Rubio in an interview with Spectrum News.

The announcement came after Sen. Marco Rubio (R-Florida) and other members of the Sunshine State’s delegation huddled at the White House, urging the administration to take action.

Rubio in particular has been a key player on foreign policy behind the scenes. He has persuaded President Trump to roll back some of President Obama’s Cuba change and has been sounding the alarm about Nicolas Maduro in Venezuela for a long time.

While Rubio maintains he’s not calling for military intervention in the region, he emphasized how serious the situation is in Venezuela — he says the country has sunk into turmoil under the Maduro regime with food shortages and protests.

“The President and the White House have made clear every option is at their disposal,” Rubio said.

“We’ve got to continue to think about how do we get democracy and peace in Latin America, and the way to do it is to hold people accountable,” Scott said.

White House National Security Advisor John Bolton said he expects these sanctions will block $7 billion in assets and cause more than $11 billion in lost export proceeds during the next year.

The U.S. has five oil refineries on the Gulf Coast that rely on Venezuelan crude oil.