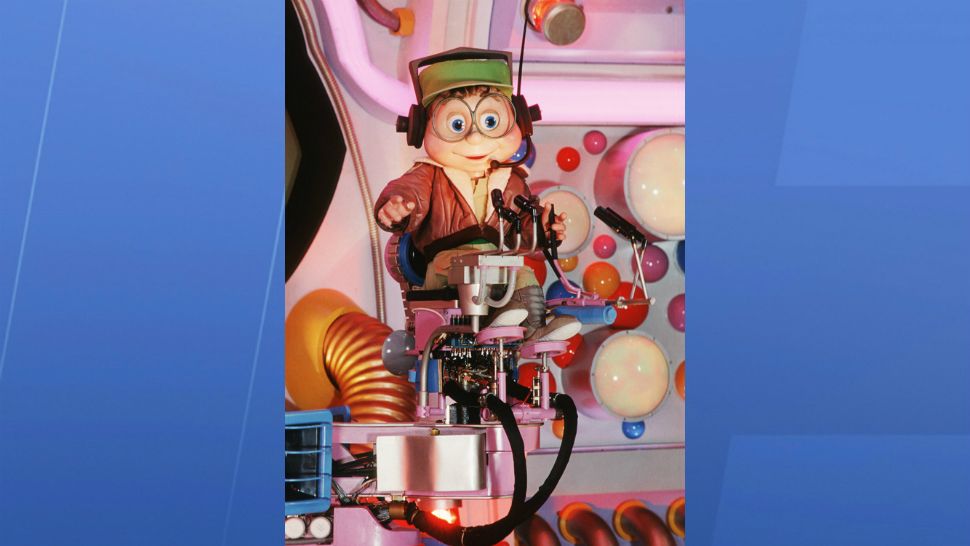 Buzzy is an animatronic character that appeared in the defunct Wonders of Life pavilion at Disney World's Epcot. (Disney Parks Blog file image)

ORLANDO, Fla. — A man who deputies say is a suspect in the theft of several items from a retired Disney World animatronic character has been arrested on unrelated charges.

Patrick Allen Spikes, 24, of Orlando was booked into jail last Wednesday and has been charged with resisting arrest without violence, according to Orange County Sheriff's Office incident reports.

The theft case involves items stolen from an old animatronic character called Buzzy from an exhibit at the defunct Wonders of Life pavilion at Epcot, according to the Sheriff's Office records.

Sometime between August 1 and August 8, someone entered a backstage, off-limits area of the Wonders of Life and stole a red bomber jacket, rubber molded hands and a green military-style cap from Buzzy, detectives say. The report said the area where Buzzy is kept wasn't very secure, as there are many points of entry because the building is still being used by vendors and contractors.

The items stolen were estimated to be worth about $600 together, though they're worth a lot more to black-market collectors, detectives say.

Last week, detectives said Spikes came into to a Sheriff's Office substation near Lake Buena Vista for a voluntary interview. During the interview, which became heated, Spikes told detectives he was feeling sick.

Reedy Creek firefighters responded and evaluated Spikes, and after they took him to Dr. Phillips Hospital, Spikes was taken by patrol for booking on the resisting charges, the incident report says.

The investigation is active and open, the Sheriff's Office says.