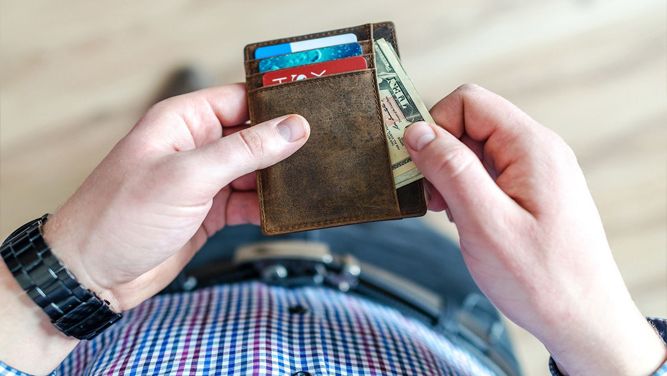 The fight for a new standard of a $15 hourly minimum wage could shape the outcome of November’s election for governor. (Spectrum News file)

How fight for $15 minimum wage may shape November election

KISSIMMEE, Fla. — The fight for a new standard of a $15 hourly minimum wage could shape the outcome of November’s election for governor.

In an exclusive Decision 2018 poll, the majority of respondents (29 percent) say the economy is the most important issue impacting their decision of who to vote for.

SurveyUSA conducted the poll on behalf of Spectrum News, receiving returned online responses from 634 likely voters. The poll has a Credibility Interval of +/- 5.3 percent.

The high response putting economy as the top priority is shared among demographics, no matter age, income level, or political beliefs.

A surface gauge of the health of the economy is unemployment, currently at a record low of 3.8 percent.

While Gov. Rick Scott has championed the case for helping to creating more than 1.5 million new jobs in Florida since the start of his tenure in 2011, Democrats have been critical of the point, saying many of the new jobs are low wage.

A state economic plan aims to grow the state’s current 10.2 million person workforce by the year 2023, by focusing on high skill training for high skill jobs.

The driver of Florida’s economy is tourism, which often does not have as many high skill jobs as other sectors. More than 1.1 million Floridians are employed in the state’s tourism industry, which accounts for 23 percent of the state’s budget, producing $4.9 billion in revenue.

That is why wages are likely to drive the discussion of the economy.

“I love working in a theme park -- it beats a desk job; I love it,” said Adam Beaton.

Beaton has worked for Walt Disney World for 10 years but has yet to make more than $10 per hour.

College-educated, Beaton recalls at one time being forced to live in his car short-term just to save enough money to save a deposit for an apartment, where he now lives with a roommate.

“I live paycheck to paycheck. I really don’t have any savings, because I can’t afford to save any money, because all of my money is going toward rent, and riding a bus, and paying electricity,” Beaton said.

The challenge Beaton and others face is that while cost of living and rent continues to rise, wages don’t grow at the same pace.

“Wages are so important because people are struggling these days,” said Jeremy Haicken, President of Unite Here Local 737, one of six unions representing more than 38,000 service employees at Walt Disney World Resort.

In August 2018, the union struck a deal, with members approving the four-year contract with Disney, that includes gradual pay increases for employees, or “cast members,” as they’re called internally.

“Wages have been stagnant for years, and people are really struggling,” Haicken said.

Haicken said he believes the deal with Disney will spark a domino effect, in that non-union employees at other hotels, resorts, and theme parks, such as Universal Orlando and SeaWorld, will be forced to eventually follow suit with higher wages.

“Our 50 percent wage increase will have a real, meaningful impact on our Cast and their families—and is part of our commitment to the thousands of Cast Members who make magic for our guests each and every day,” said George A. Kalogridis, president of Walt Disney World Resort, in a news release. “Increasing wages for Cast Members represents a significant investment in Central Florida, and will provide a powerful boost to the local economy.”

Haicken says the new deal means at least $1 billion more being pumped into the local economy, with more employees having more money to spend.

Although, Haicken cautions while the deal is progress, there is more to be done to make living in Central Florida more affordable for low- and middle-income families.

Wages will prove to be a major point for candidates looking to win elections in November.

Democratic candidate for Governor Andrew Gillum is pushing for a $15 hourly minimum wage and $50,000 starting salary for teachers.

Gillum has made this point prominent on the campaign trail and in social media and television ads.

A spokesman for Republican gubernatorial candidate Ron DeSantis did not answer a question about the former Congressman’s stance specifically on $15 an hour minimum wage, but replied with a statement saying: “Ron DeSantis is working to build on the economic success that we’ve seen in Florida by keeping taxes low and opposing tax increases. Andrew Gillum’s socialist, high tax agenda would be a failure for our economy and our state."

Beaton said he hopes the candidates understand the decisions made in Tallahassee have a real-world impact.

“Come down here and see how we live, and then realize that the decisions you’re going to make up there are going to affect our lives in more ways than one,” Beaton said.