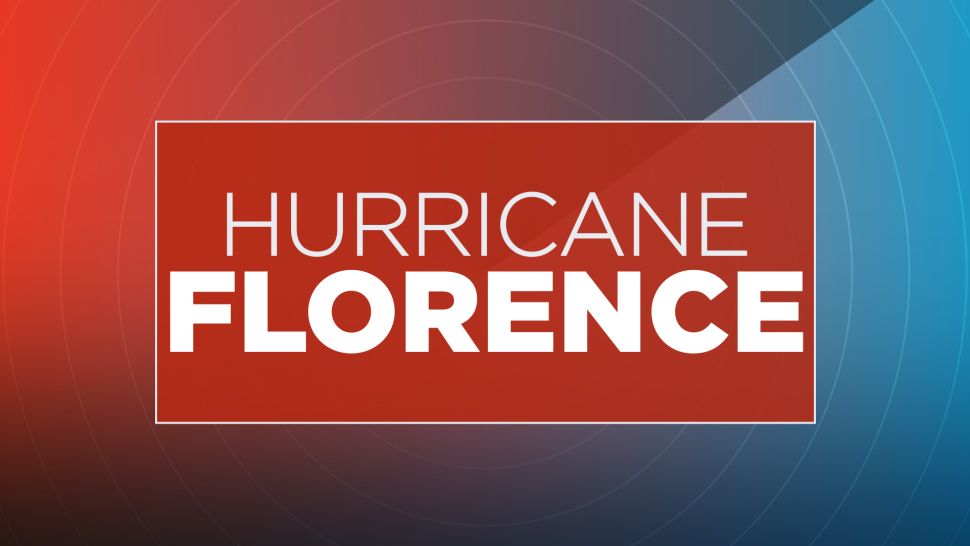 On the latest track, Florence is projected to make landfall somewhere along the Carolina coastline late Thursday night into early Friday.

Florence is a major Category 4 hurricane with winds of 140 mph. Florence will remain a major hurricane as it nears the Carolina coast.

Even though it's far from Florida, swells generated by Florence have begun to impact the southeastern U.S., including Florida, and will continue to do so through much of this week.

Locally, a coastal flood advisory has been issued for Flagler County until 8 p.m. Friday, and a high rip-current risk will remain in effect for all of the east coast of Central Florida through Friday.

The following watches and warnings have been posted:

A storm surge warning is in effect for:

A storm surge watch is in effect for:

A hurricane warning is in effect for:

A hurricane watch is in effect for:

A tropical storm watch is in effect for…

Interests from South Carolina through coastal Virginia should continue to pay close attention to future forecasts.

After landfall, Florence is projected to stall somewhere in the mid-Atlantic region, where it will pose a significant flood threat because of the incredible amount of rainfall it's forecast to dump.

Some areas could exceed 30 inches of rain from the storm.

For Central Florida, Florence will bring significant wave activity along our Atlantic coast, a dangerous high rip current threat and possible coastal erosion due to the crashing waves. The core of Florence is expected to stay well to the north of our area.

Elsewhere, Isaac is a strong tropical storm located about 580 miles east of the Lesser Antilles. Maximum sustained winds are 65 mph.

Isaac is expected to maintain tropical storm status as it moves west toward the Lesser Antilles. While it is still too early to tell the future of Isaac beyond the Lesser Antilles, models are hinting it will battle wind shear and weaken in the Caribbean Sea.

A Tropical Storm Warning is in effect for…

A Tropical Storm Watch is in effect for…

There is great uncertainty regarding Isaac, so we encourage you to check back often for updates.

A tropical storm warning is in effect for…

A tropical storm watch is in effect for…

Isaac is expected to produce rainfall of 3 to 5 inches with some isolated totals near 10 inches across Martinique, Dominica and Guadeloupe. A storm surge of 2 to 4 feet above normal tide levels is possible.

Hurricane Helene is maintaining category two status sitting 765 miles west-northwest of the Cabo Verde Islands. Helene will turn north late Wednesday and weaken. It will not threaten the United States.

Finally, an upper level disturbance over northern Yucatan Peninsula is projected to move into the Gulf of Mexico and potentially take on tropical characteristics. While it would not threaten Florida, interests in coastal Texas and Louisiana are encouraged to watch the progress of this system. The next name on the list is Joyce.