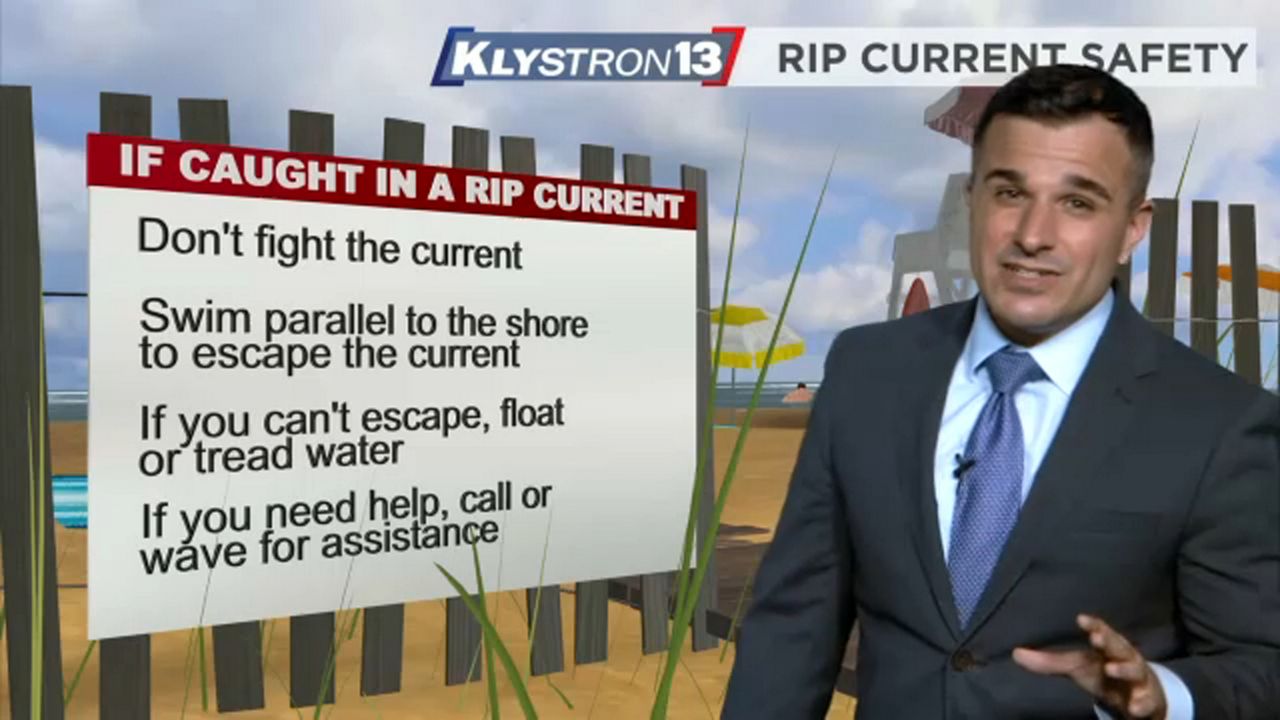 One of the hidden dangers at Central Florida’s beaches is rip currents. (Spectrum News file)

ORLANDO, Fla. — One of the hidden dangers at Florida’s beaches is rip currents.

Rip currents are narrow channels of swift moving water. The speed of the water can exceed 6 mph, which is faster than an Olympic swimmer, and the length of rip currents may be just as long as a football field offshore.

Rip currents can form at any time, and they typically develop when the weather is calm. They are generally the strongest at low tide.

You can usually spot them where waves are not breaking or where there is foam or seaweed being pulled offshore.

If you get caught in a rip current, always swim parallel to the shore to get out of it. If you can’t escape the current, you should float or tread through it until the current stops. If you’re unable to reach the shore wave your hands and yell for help.

It is always best to swim at beaches where there are lifeguards. The chances of drowning at a beach with lifeguards are 1 in 18 million.