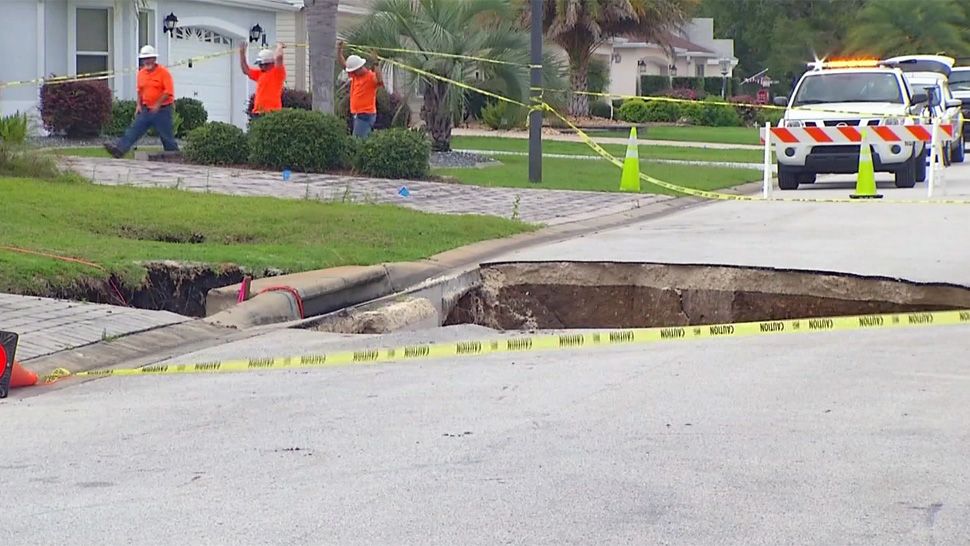 THE VILLAGES, Fla. -- People in The Villages were on edge Tuesday morning after four more sinkholes opened up.

The largest one was on Southeast 79th McLawren Terrace, in the Calumet Grove community. It's about 30 feet deep and 25 feet long and has forced a road to close.

The other sinkholes were under a lake and on private property.

No one has been evacuated.

In February, massive sinkholes also formed in a nearby area of The Villages, and two residences were evacuated.

One nearby resident said the problems started during Hurricane Irma last September.

"The hurricane came, (and the) first thing we noticed is these two storm drains behind us backed up," Dennis McNeil said. "We had fish in the street. Come to find out, it was all caused by a storm line between the two houses (had) collapsed, so the water has no place to go but backing up, and it has been backing up ever since."

Frank Spiegel lives next to the largest sinkhole.

"We are concerned and unnerved. It’s very difficult at night -- the slightest creak... it possibly could be another sinkhole being formed," Spiegel said.

Representatives for The Villages have not commented.