The Norwegian Sun cruise ship sits docked at Port Canaveral on Monday morning. It was set to depart for Cuba later in the day, making a historic 1st departure from Port Canaveral to the Caribbean island. (Tony Rojek, staff)

PORT CANAVERAL, Fla. -- The first cruise ship from Port Canaveral bound for Cuba is now on its way.

All booked up, some 2,000 excited passengers on the Norwegian Sun are headed to a country many thought they could never see, since relations have been strained between the U.S. and the island nation for more than five decades.

The Sun departed from Cruise Terminal 10 around 4 p.m. Monday afternoon, making it the first home-ported ship at Port Canaveral to head to Cuba.

Three years ago, President Obama made it known that diplomatic relations would become normal again, opening up cruising to Cuba.

There are some travel guidelines, which Port Canaveral CEO Captain John Murray says cruise lines make simpler for guests to travel there.

“You have to have certain cultural reasons for visiting. What the cruise lines do is deliver that. They can put the whole package together so it's in compliance with U.S. laws,” said Captain John Murray, Port Canaveral CEO. 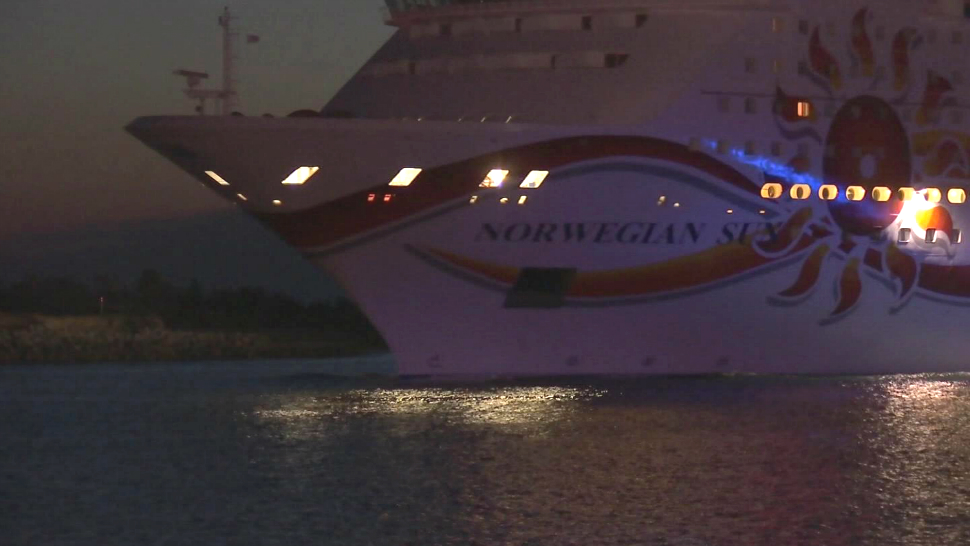 “And you know about the cars -- if you love old cars, it's the place to go,” said Thomas Houseman, a cruise passenger.

Guests say they are excited to see the 'old world' and history of Cuba.