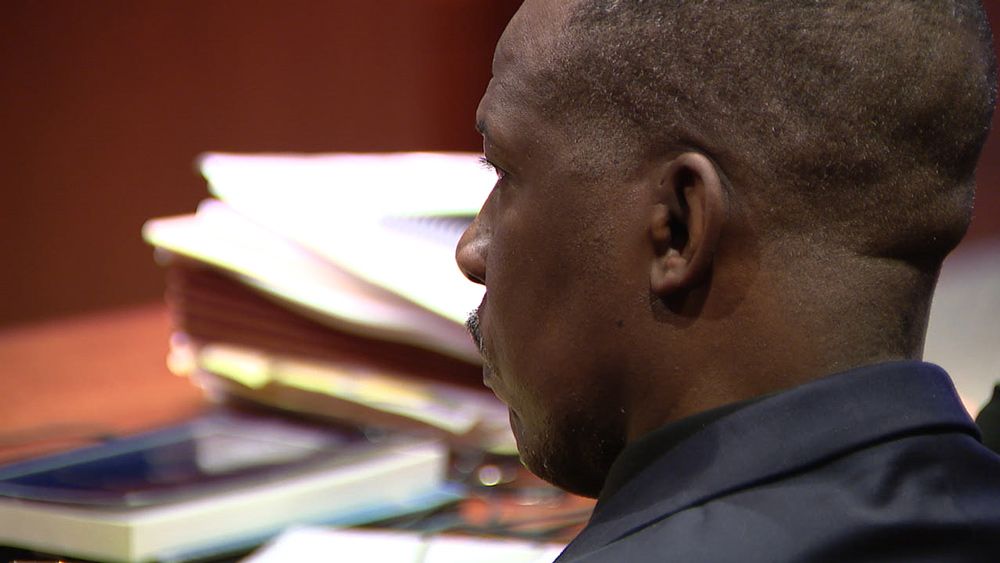 The jury will decide life in prison or the death penalty for convicted cop killer Everett Miller. The decision to recommend death must be unanimous. (File photo of Everett Miller)

KISSIMMEE, Fla. — Closing arguments and jury deliberations are expected to start Wednesday in the penalty phase of the Everett Miller trial.

Miller, convicted of killing two Kissimmee Police Department officers in 2017, faces either life in prison or the death penalty.

Jurors are hearing from at least three witnesses, and it's believed they will be the last before closing arguments begin.

Miller’s defense team argues that he remembers the events before and after the crime but not the actual shooting itself. And while Miller decided not to testify in his own defense, experts said Miller may be suppressing that memory, because it’s not consistent with the way he sees himself.

The defense claims a hospital bombing in Afghanistan that Miller witnessed while in the military triggered post traumatic stress disorder.

Dr. Robert Cohen testified on behalf of the defense saying Miller has PTSD, a major depressive disorder and has used alcoholism to cope with what he lived through while in the Marines.

“His three tours in Iraq, and two tours in Afghanistan, the repeated and persistent trauma that he experienced, although he decided to do it — it doesn't make it any less traumatic,” Dr. Cohen said. “It doesn't make less wear and tear on a person’s psychological function.”

Some of the highest praise came from Miller’s former commanding officer at U.S. Special Operations Command at MacDill Air Force Base in Tampa.

“Of all the personnel I supervised in my career, and especially at that pay grade, the senior enlisted pay grade. it’s hard for me to come up with an individual who I trust more, who I did trust more,” said Tom Leech, Miller’s former commander.

However, there is dispute as to when Miller would be showing symptoms if he in fact has PTSD. Dr. Michael Gamache who testified for the State, believes Miller was not suffering from PTSD when he committed the crimes.

“All of the references I found, it was clear that’s the doctor whether it’s a medical doctor or whether it’s a psychiatrist or psychologist is indicating post traumatic stress disorder effectively by history,” Dr. Gamache said. “In other words Mr. Miller told me he has been diagnosed with PTSD not that they diagnosed it… he reports it in his history.”

Dr. Gamache said instead of PTSD, Miller was dealing with substance abuse, military ego, and adjusting to civilian life.

“Mr. Miller is going to have everything organized. If I were a warden, I would want him on my compound,” said Aubrey Land, a corrections facility expert.

State attorneys asked a defense witness about a report that Miller at one point talked about threatening to harm corrections officers. And a military co-worker testified in the weeks before the cop killings, Miller was criticizing law enforcement.

“He mentioned he was getting sick of, you know, this brutality,” said Martin Hamman, a former co-worker.

The jury is expected to get the case to decide by mid-next week.​

A recommendation of death must be unanimous by the jury.