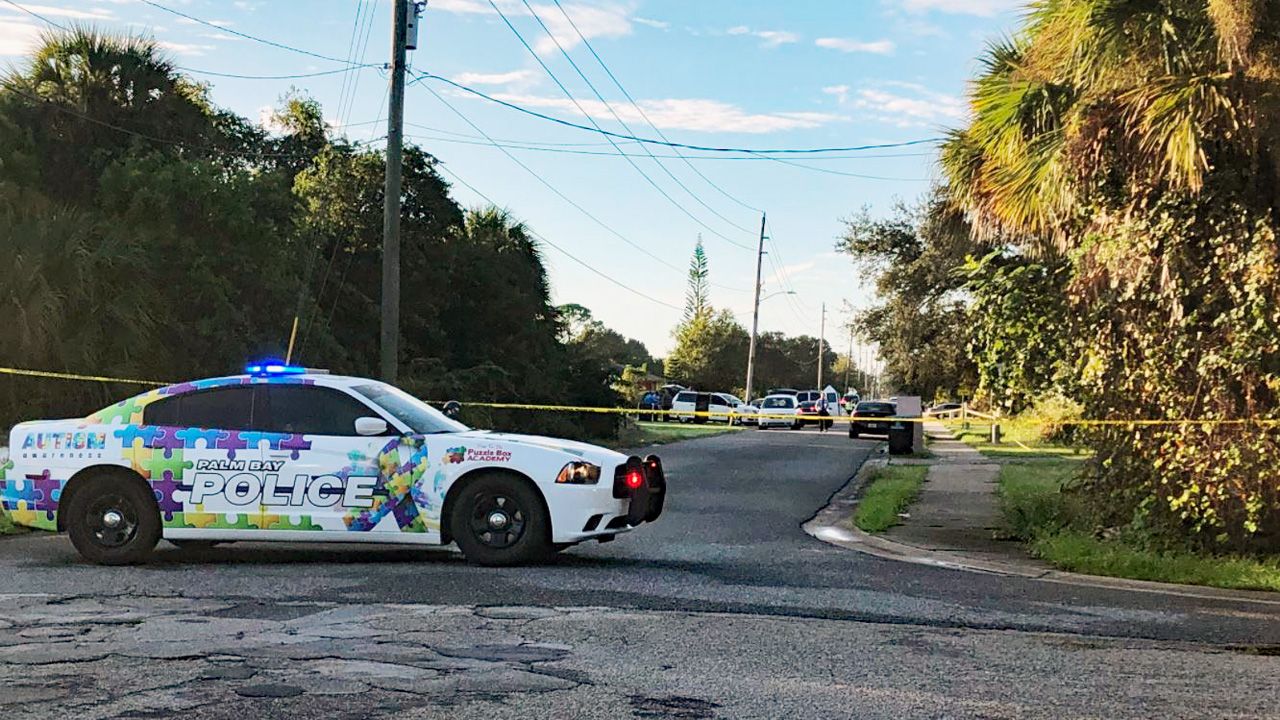 Palm Bay Police investigators say the first two shootings are connected, but the third one is unrelated. (Julie Gargotta/Spectrum News 13)

PALM BAY, Fla. — Police in Palm Bay spent the day trying to piece together three fatal shootings not far from each other early Tuesday morning.

Just after 12:30 a.m., police were called to Florida Avenue Northeast and Northview Street about a male with a gunshot wound, Palm Bay Police investigators say. That person died at the scene, they said.

A second male was found shot at Liberia Avenue and Henry Street, but Brevard County Fire Rescue couldn't save him, and he died at that scene, police said.

Investigators now think the two men, 23-year-old Jerome Harris and 21-year-old Jayln Decosto of Jacksonville, shot each other in a drug deal gone wrong. The men were found about 75 yards from each other.

One of the men was found dead in the yard of a home, where Palm Bay City Councilman Kenny John says his aunt and her granddaughters live.

"A bullet doesn't have a name on it. It could have easily ricocheted and gone into the house," Johnson said.

Johnson, who once lived in the neighborhood, says he encourages residents in community meetings to help police to fight crime.

"Reporting a crime isn't snitching. It's holding your community accountable and looking out for your loved ones," Johnson said.

Palm Bay Police also investigated a third shooting about 4 miles away from where the other two men were found.

A 61-year-old man was found dead at the 2000 block of Agora Circle at about 2:30 a.m. Police say this shooting was unrelated to the double homicide.

Police said they found the person of interest in this third shooting after a search in the area of Hickory Avenue NE and Lichty Street NE Tuesday afternoon.

Palm Bay Elementary was put on lockdown while the area was cleared and police also told residents in the area to stay inside.

Police have not released the name of the victim, nor the person of interest.