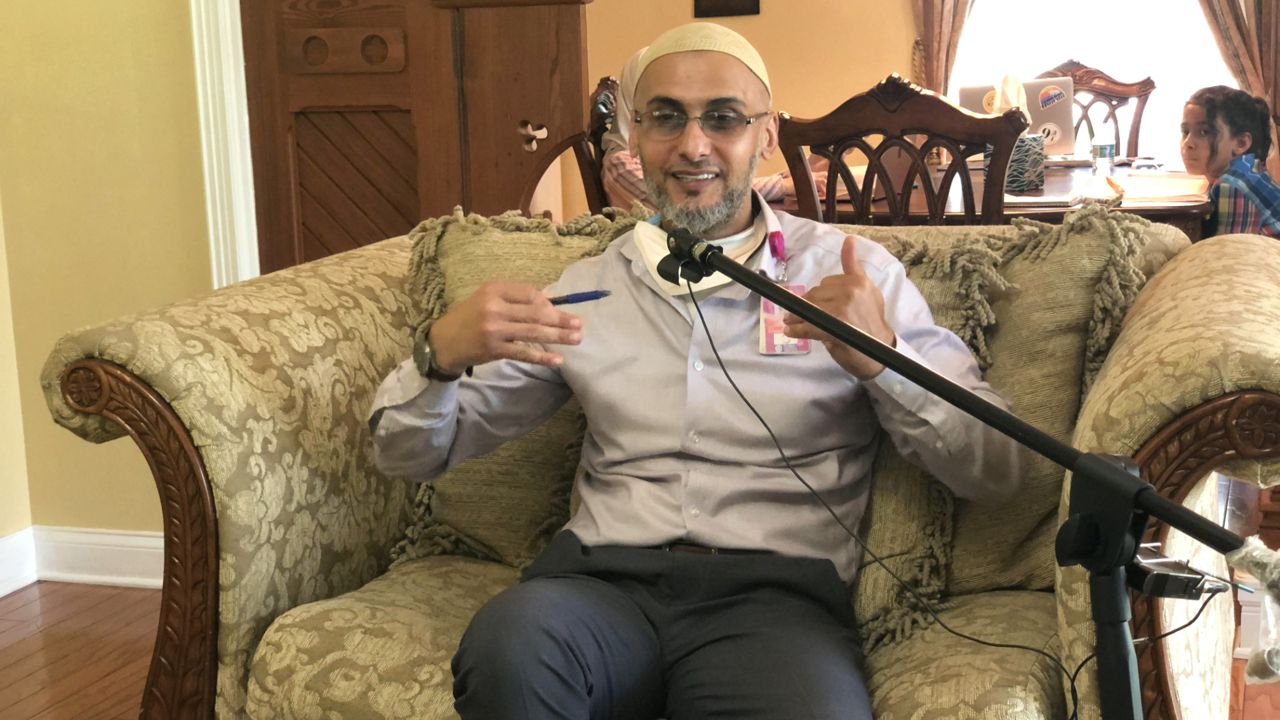 “A lot of the banks are given 90 days for all the mortgage holders to pay these loans,” Imam Helmi Agha, the executive director for the American Muslim Leadership Council, said. “We are not saying forgive us the loans, we are just saying give us time to pay for the loans.” (Spectrum News 13)

KISSIMMEE, Fla. — A Muslim center in Kissimmee may face eviction in the middle of the coronavirus pandemic.

Imam Helmi Agha, the executive director for the American Muslim Leadership Council, has had to make some tough decisions lately.

Charter Communications has temporarily opened its live stream free to the public. You can watch Spectrum News via our live stream on your desktop or laptop without a subscription by visiting our website and clicking “Watch Live” in the upper right. Charter also is temporarily offering free broadband and wifi access for 60 days to teachers and families with K-12 or college students. To enroll, call 1-844-488-8395. The company also will open more than half a million wifi hotspots across the country.

“Either helping 20 families and put food on their table and keep their electric on or pay the mortgage,” he explained.

Agha, the man behind this center who is also the father of four young girls, owes April’s mortgage for the AML council building. Meaning he may face losing the religious center, which also houses a non-profit and school for children.

Agha received a 50-page complaint. A draft the attorney representing the owner of his loan said would be filed if payment along with late fees were not received by April 20.

The moratorium put in place by Gov. Ron DeSantis covers residential affairs but it does not stop commercial evictions and foreclosures. Agha said he applied for a Small Business Administration disaster loan and a Paycheck Protection Program loan as well but has yet to hear if he was approved.

“The whole country is going through difficulties,” Agha said.

Spectrum News 13 reached out to the office of State Sen. Victor Torres about the matter and they said this is a private contractual issue. Torres’ office’s legal aide explained that if paperwork regarding a foreclosure were to move forward, the actual process of eviction would not happen anytime soon as the courts are not scheduling any hearings.

Agha said he is praying for a change of heart.

“A lot of the banks are given 90 days for all the mortgage holders to pay these loans,” Agha said. “We are not saying forgive us the loans, we are just saying give us time to pay for the loans.”

Spectrum News 13 reached out to the owner of the loan and his lawyer sent a statement, which reads: “Any information I would have on the subject would be attorney-client privileged information and it would be unethical for me to comment.”

AML Council is asking the public for donations to help pay their mortgage by going to its GoFundMe page.

The Gofundme.com site listed is not managed by Spectrum News 13. For more information on how the site works and the rules visit  www.gofundme.com/safety.