White canopy has been installed on the exterior structure of TRON Lightcyle Run at Magic Kingdom. (Spectrum News/Ashley Carter)

ORLANDO, Fla. —  A coaster based on the “Tron” films is coming to Magic Kingdom at Disney World. When will it open? We still don’t know.

​While we wait for an official opening date or any other details about TRON Lightcycle Run, let’s take another look at the construction currently underway.

When we last took a look at the construction back in January, a lot of progress had been made on the walkway leading to the attraction and as well as the canopy.

Since then, white canopy has been installed on one of the exterior structures. Other sections, which still have the temporary blue netting on them, still need to be covered. 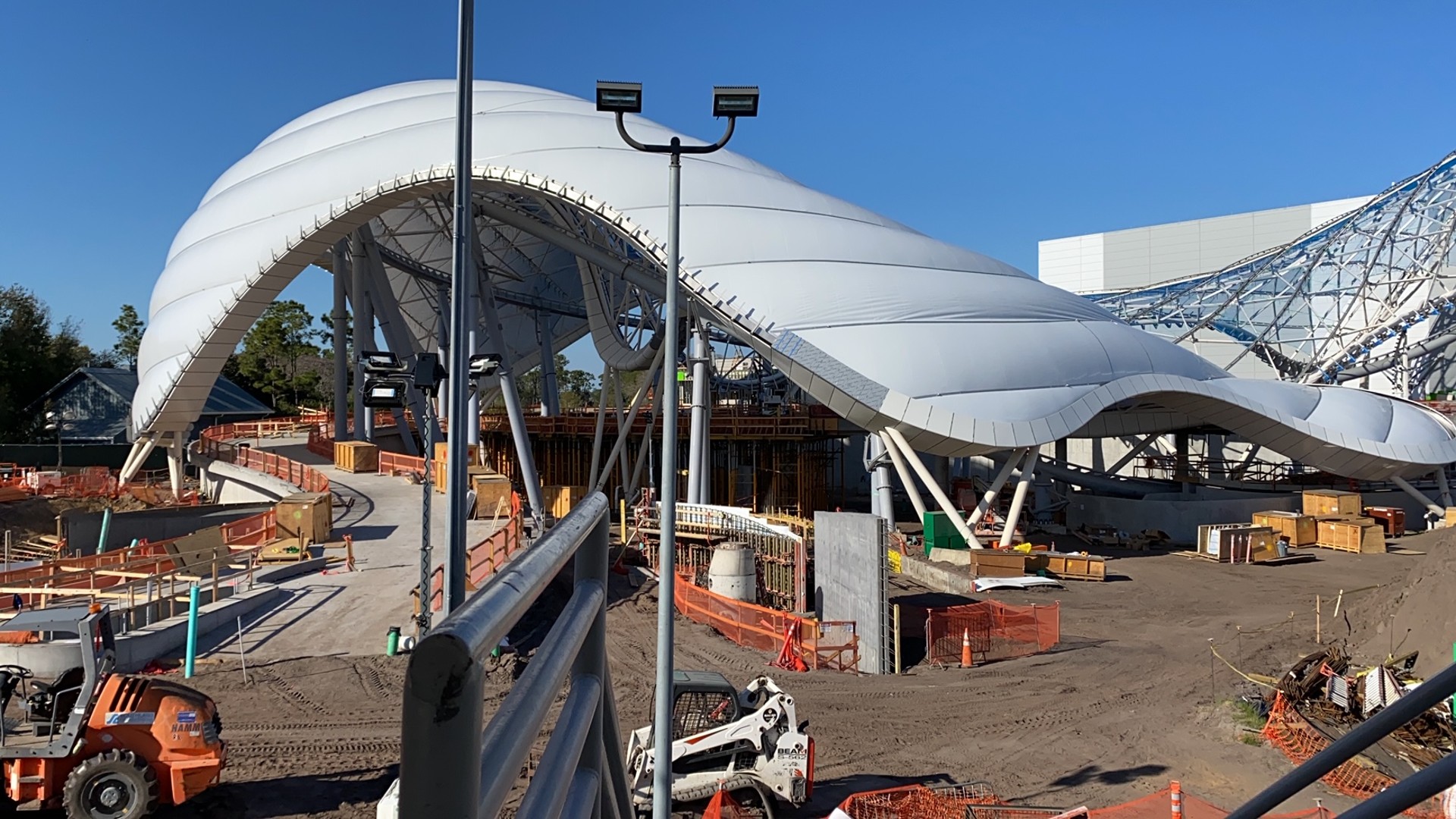 The walkway leading to the attraction is also more clearly visible and has more paved sections. The temporary wood railings around the walkway are still up.

Underneath one of the exterior structures, there’s also a view of the coaster track coming out of the show building. 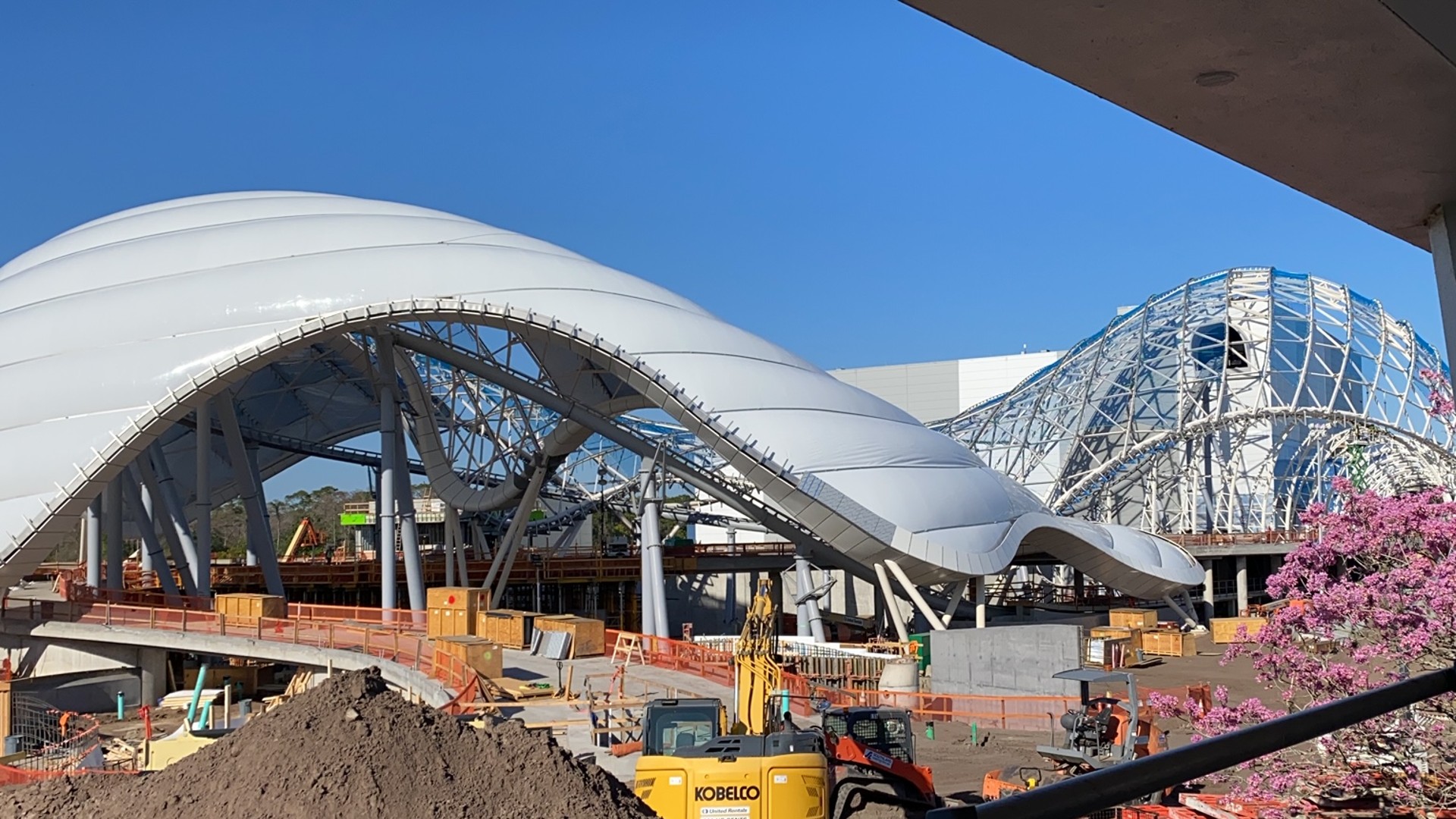 TRON Lightcycle Run, one of Disney’s most-anticipated new attractions, was initially slated to debut in time for Disney World’s 50th anniversary celebration. When it opens, visitors will board two-wheeled lightcycle vehicles and enter the Grid for a “thrilling race through the digital frontier.”

It will be similar to the TRON Lightcycle Power Run attraction that opened with Shanghai Disneyland in 2016.