ORLANDO, Fla. – The Cirque du Soleil theater at Disney Springs is getting ready to debut a new show.

Drawn to Life, which officially opens April 17, will celebrate the "magic" and creativity of Disney animation.

The story of the show is this: A young girl named Julie finds a gift left behind by her animator father. Guided by a magical pencil, she enters the whimsical world of animation filled with her Disney childhood memories.

Ahead of Drawn to Life's debut, Disney and Cirque du Soleil invited us to preview two scenes from the new show.

The first scene called "The Inner World of Animation" featured a group of acrobats from Japan who flip and tumble to illustrate how animators bring characters to life with a flipbook. The other scene, "Aerial Pencil," featured an aerialist performing tricks on a large pencil. The act is a nod to the pencil test used by animators. 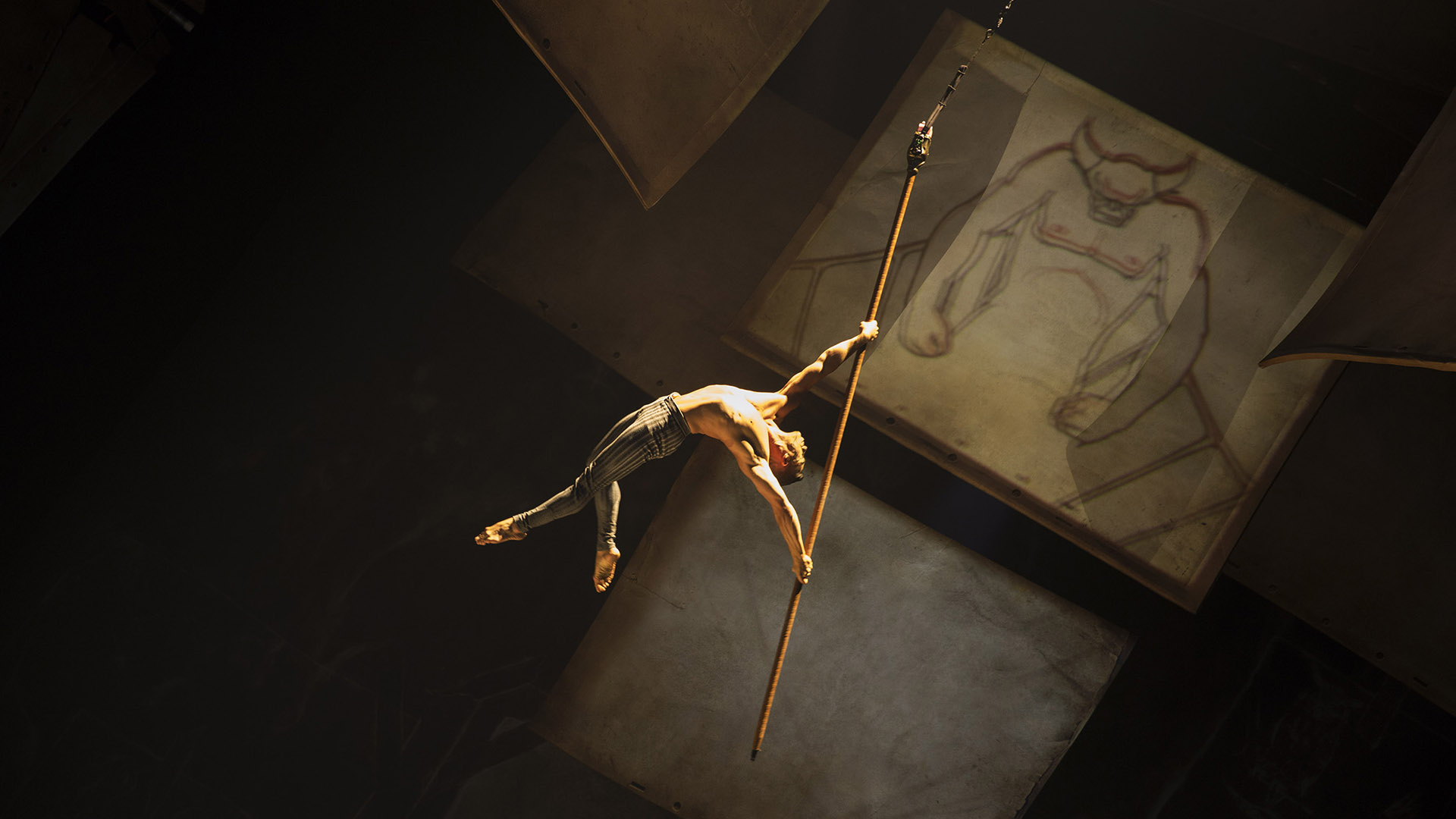 The creative team behind the show also shared more details about the show.

Drawn to Life is made up of an international cast of 65 artists. Michel Laprise, who wrote and directed Drawn to Life, worked closely with Walt Disney Animation and Walt Disney Imagineering to bring the show to life.

"We wanted to pay homage to the Nine Old Men," Laprise said. "Walt with those nine individuals created character animation."

Drawn to Life replaces the long-running "La Nouba," which closed in 2017.