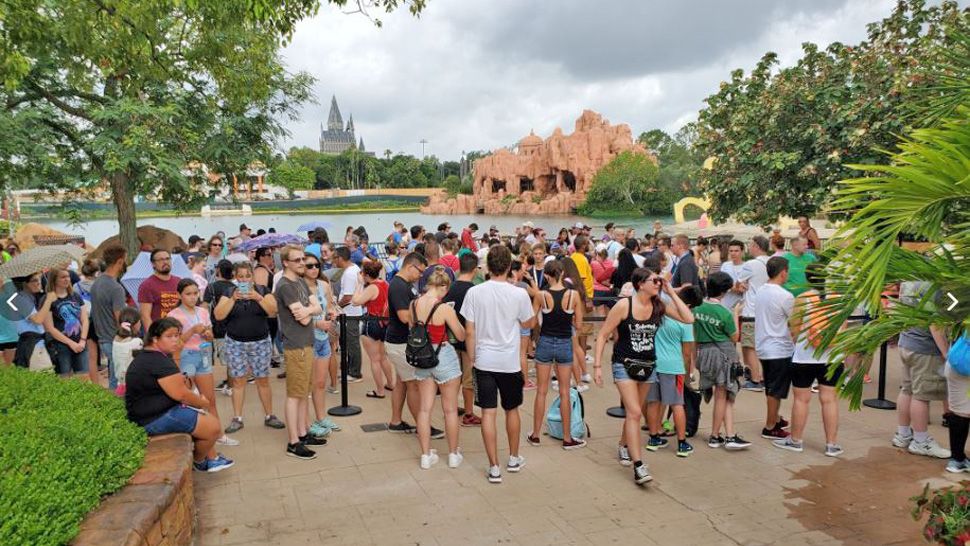 People are in line for Hagrid's Magical Creatures Motorbike Adventure and the wait is expected to be 10 hours long as of 9:52 a.m., Thursday, June 13, 2019. (Ashley Carter/Spectrum News)

1 of 2
People are in line for Hagrid's Magical Creatures Motorbike Adventure and the wait is expected to be 10 hours long as of 9:52 a.m., Thursday, June 13, 2019. (Ashley Carter/Spectrum News) 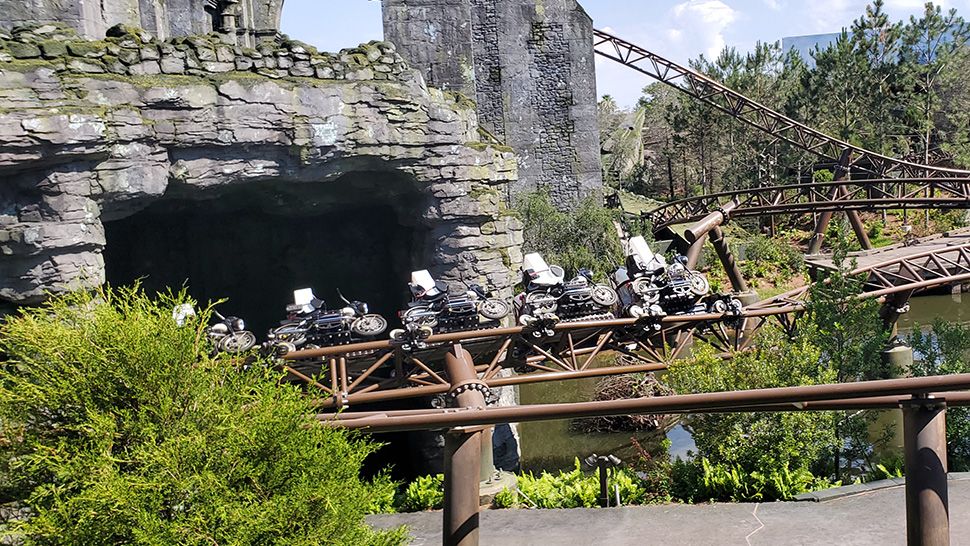 It officially opened to the public Thursday at Islands of Adventure, and the wait to try it out was hours long before the park opened. By 9:30 a.m., 30 minutes after the park opened, the wait had reached 10 hours.

By the afternoon, as rain starting to move into the area, the wait was down to five hours.

Here's video of the Hagrid's Magical Creatures Motorbike Adventure line at Universal's Island of Adventure. The park opened just over 30 minutes ago and the wait for the ride is already 10 hours. This part of the line is in Seuss Landing. #AttractionsInsider pic.twitter.com/ll4KZ1yA8o

Hagrid's joins other Wizarding World of Harry Potter attractions, which have become hugely popular since the land opened nine years ago.

On Hagrid's, riders can hop either onto a motorbike or its sidecar, for a ride through the Forbidden Forest.

"It combines innovative coaster thrill moments with dark ride story moments, and the experience runs 3 minutes long, but people have been telling us it feels like a 5-minute ride just because of the diversity and thrills and story moments coming together," said Gary Blumenstein, creative director at Universal Creative.

The line for Hagrid's Magical Creatures Motorbike Adventure stretches all the back to Port of Entry, near the Hulk coaster. Again, estimated wait time is currently 10 hours. #AttractionsInsider pic.twitter.com/q12fjj9fuf

Spectrum News met a couple from England, who said being one of the first on Hagrid's was the reason they decided to visit Orlando.

"(We're) super psyched," said Josh Hall, who is visiting from Liverpool, England with his girlfriend. "It will be really be cool... really looking forward to it. I've heard good things from the people at the park."

Universal team members were stationed throughout the line to help guests--even handing out bottles of water.

The park said that starting Friday, riders may be pushed to use the virtual line option on the park's app.