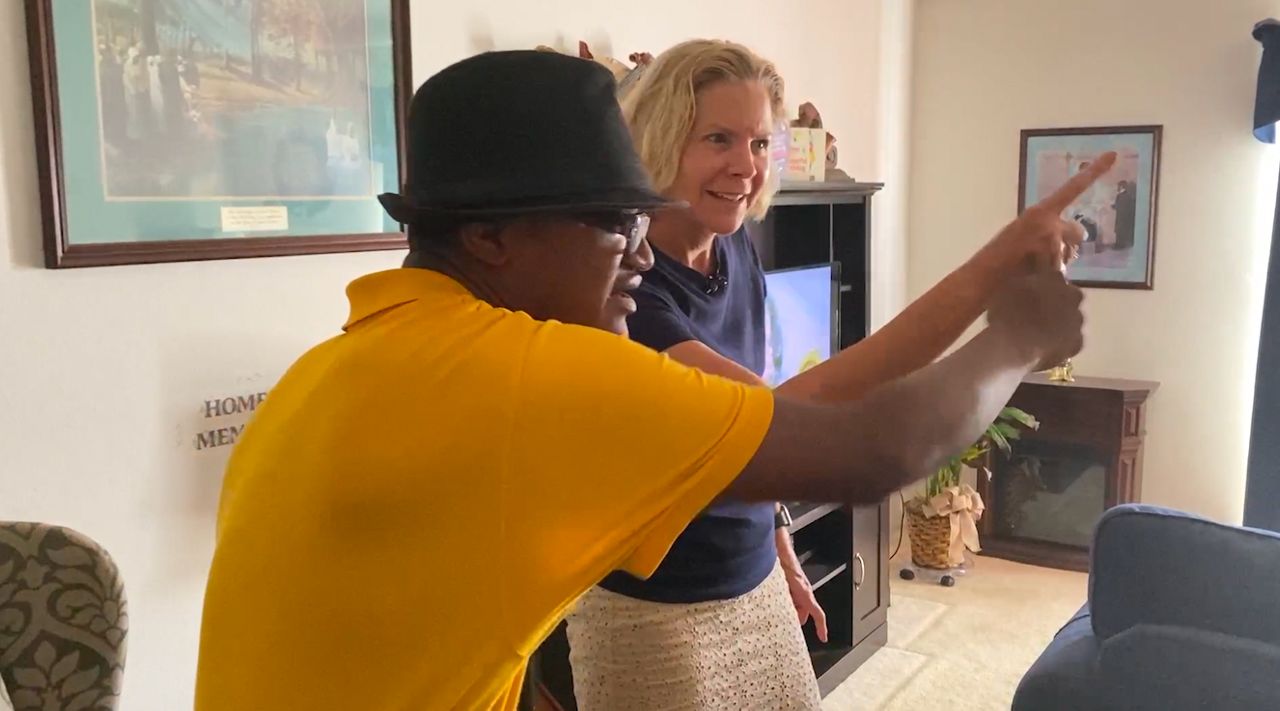 BREVARD COUNTY, Fla. — So many children cope with the ups and downs of autism. It's also a challenge for families. However, taking part in the arts improves so many areas of their lives.

Ethan Burr has a lot to say, but the 17-year-old Eau Gallie High senior just can't say it like you and me. He has autism.

It hasn't stopped him from watching his favorite NBA game or checking out lawn mowing videos on YouTube.

Ethan has "processing issues" that make it difficult to speak verbally.

His teacher Deborah Kline, and others, are able communicate with him on an iPad communication system.

"He works, but the processing makes it difficult for him to relay his voice out through his mouth like we do," Kline said.

In 2021, the CDC reported one in 44 children in the U.S. were diagnosed with an autism spectrum disorder. Like Ethan, 40% of children with autism are nonverbal.

He's shy, and it takes some time for him to warm up to others, but Ethan's mom Sharonda says despite his disability, Ethan often shows signs of initiative.

"I heard some water going, and I came out, and he was just washing the dishes," she told Spectrum News 13. "He would wash them up, put them in the drain, then he got a dish towel and just dried them, and knew where to put them."

In between chores, Ethan is practicing for the Brevard Achievement Center's 8th Annual Performing Arts Showcase.

He's among the middle and high schoolers and adults with disabilities from the Adult Day Training Program.

Studies show participation in the arts by people with disabilities improves several areas of functioning.

Things like increased creativity, being happier, and more life choices by becoming an '"artist."

"It's neat for the child to know that the parents are doing something for them, and looking forward to seeing them perform," Kline says. "It's just a great opportunity for them.​"

Ethan and his friends have trained for eight weeks to strut their stuff.

His mom says not being able to speak, it's a way for him to express himself.

"The energy that's balled up inside him, he can let that energy out through dance," Sharonda says.

A rhythm that will be will Ethan for the rest of his life.​

Brevard Achievement Center's 8th Annual Performing Arts Showcase​ takes place at the King Center in Melbourne on May 10, at 10:30 a.m. and is free and open to the public.