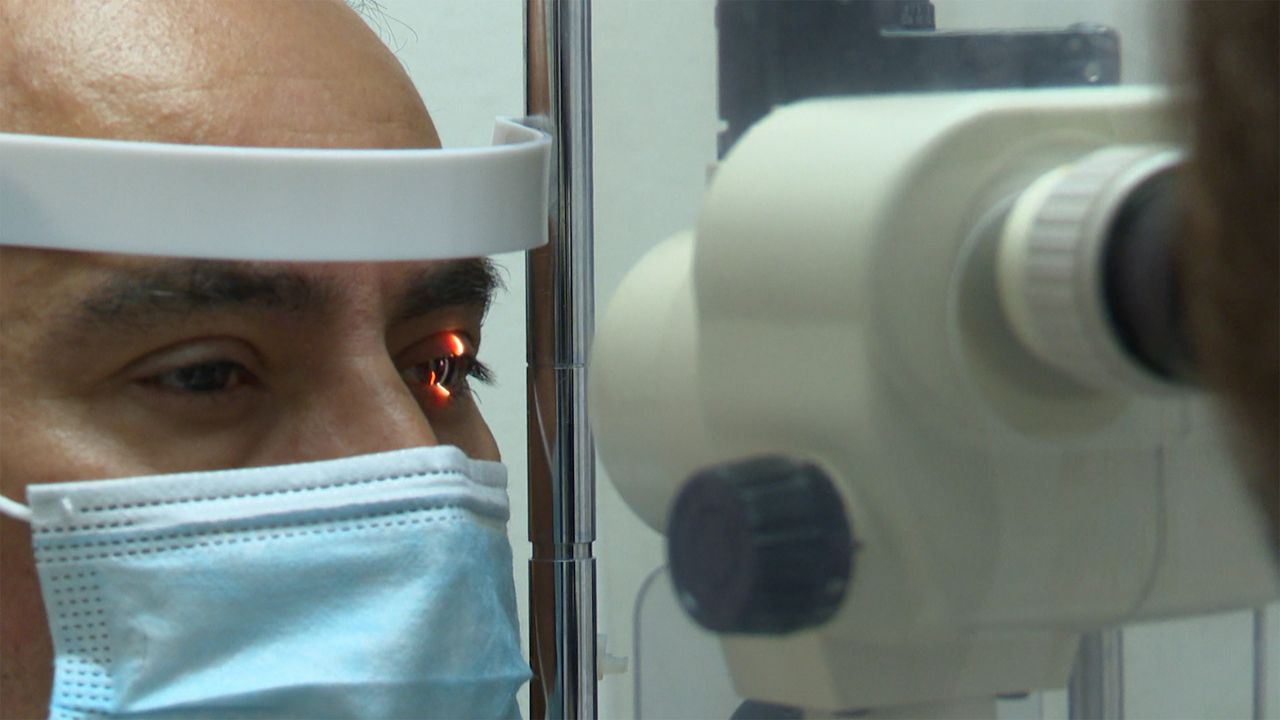 MISSION VIEJO, Calif. — Fabian is a chef who lost sight in both his eyes during the pandemic, resulting in his losing everything else.

“I lost my house, my car, my bank account. I was living on the street for almost two months,” said Fabian, who requested that we use only his first name due to his immigration status.

In order to find his way, Fabian had to depend on the kindness of strangers.

“I’m the type of person who likes to do everything by myself. I don’t want to bother anybody, but I started to ask for everybody’s help. I asked for help to take me to the bathroom and help with everything. Sometimes I felt tired and thought, what’s the point of my life?” said Fabian.

Fabian is an undocumented immigrant. He was taking care of his mother in their apartment when he lost his job as a chef at a restaurant in Newport Beach. Fabian explained how it was the start of the pandemic when the hospitality industry took a hit.

Losing his job also meant losing his health insurance through work that he paid into for years. He could no longer afford his diabetes medication as he developed cataracts in both eyes. His condition left him blind and homeless.

"It’s like, oh my gosh, we can’t send him back on the street. I don’t know if we’ll see him again. I don’t know what will happen to him in a week," said Hahn.

Serve the People is a federally qualified clinic that provides extensive health care services for Orange County’s at-risk population. While it provides medical care, oral health, dental care, vision care and behavioral health services, surgeries aren’t within the scope of what it can provide.

Determined to prevent Fabian from continuing to live on the streets in his condition, Hahn and his team helped Fabian apply for emergency MediCal. However, the provider does not consider cataract surgery to be an emergency situation. Fabian also wasn't in a position to pay for cataract surgeries for both eyes, which can cost upwards of $5,000 per eye.

While Hahn worked on finding Fabian a doctor to treat his eyes, he called City Net, which is a team that works with the county of Orange and individual cities within the county, to help Fabian get off the streets. Reeny Burgula, a lead case manager with City Net, helped Fabian secure a bed at the Tustin Emergency Shelter. Finding a shelter that would take Fabian while he was unable to see was a difficult process.

"He wasn’t able to see even a little bit," said Burgula. "When we were loading him into the van to take him over the shelter, Diana and I stood on both sides of him, and he grabbed our arms, and we literally had to walk him over to the car, open the car door and load him in van."

Prior to securing a bed in the shelter for Fabian, Hahn reached out to the owner of California Suite Lodge who allowed Fabian to stay there for free. Hahn connected with Dr. Faris Ghosheh who has been partnering with Serve the People to provide free surgeries for patients. Dr. Ghosheh agreed to donate two cataract surgeries to Fabian. Dr. Ghosheh also got his surgery center at Providence Mission Hospital Mission Viejo to donate the surgery space and team.

“We just did his eye a couple weeks ago. He’s just thrilled. It’s an honor to make that kind of difference in people’s lives,” said Dr. Ghosheh, who added that his surgery center is the only facility in Orange County to donate such services to people in need.

Hahn noted that Dr. Paul Prendiville is another ophthalmologist who has been very generous in granting free surgeries to needy patients.

Fabian has now undergone surgeries for both of his eyes.

"I feel like I’m invincible," he said. "All my problems, I don’t see more problems. I see solutions and I have so much energy to get back to work."

Fabian added that he felt so alone when he was legally blind and thought he’d never see again. On top gaining his sight back, Fabian said he also gained an appreciation for people who did everything they can to help him get back on his feet.

Fabian is currently working part-time washing cars but is hopeful he can work hard to save up money to purchase a food truck. For more information on Serve the People, visit here.