With $30 million in revenue from cannabis, Santa Ana welcomes Planet 13

Since allowing the sale of recreational cannabis for adults in 2017, Santa Ana has positioned itself as Orange County's leader in the industry. And now, at the VIP and media preview of the Planet 13 Orange County, Sarmiento sees this newest dispensary as a business generating tourist attraction that could provide jobs and more revenue for the city.

"We know this is going to be a real asset to the community, create jobs and generate revenue for our city, which means we can develop more youth programs, libraries and parks," Sarmiento said to Spectrum News, standing next to a multi-colored surfer van display. 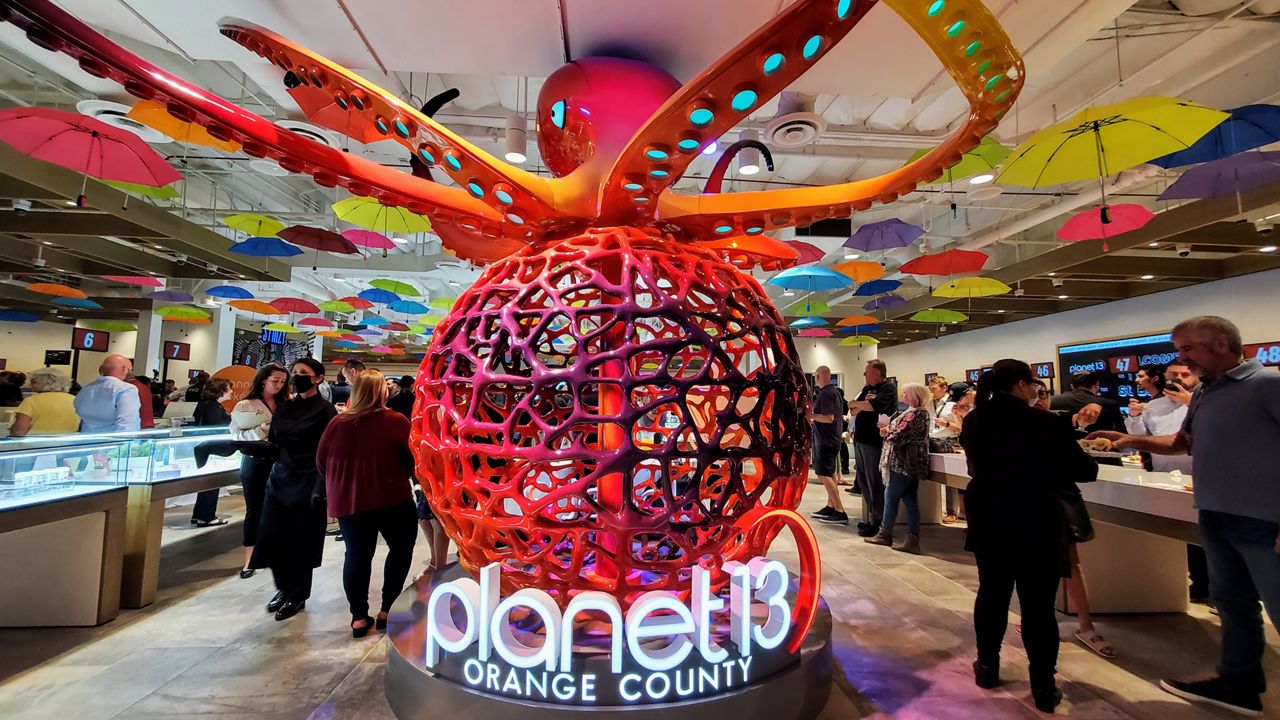 Planet 13 officials said this is California's largest dispensary and second biggest in the nation, behind the company's massive 112,000 square-foot flagship cannabis store in Las Vegas.

Upon entering the cannabis dispensary, customers can dip their toes on top of a digital screen of sand from an interactive beach display, take photos in front of an 80-foot waterfall on a wall-size digital screen or hop into a 1970s Volkswagen surfer van that produces fake smoke.

Once inside the new Planet 13 Orange County sales floor, customers are then greeted by a 16-foot octopus statue and can walk under hundreds of vibrantly colored umbrellas on the ceiling.

The new Planet 13 store resembles more of a groovy art space than a cannabis dispensary. But that is precisely the kind of experiential retail experience Planet 13 officials want to elicit.

"Everything we do is grandioso," said David Farris, the vice president of sales and marketing at Planet 13. "It's big. It's magnificent. It's a perfect design and fit for who our clientele is."

The opening of the massive cannabis dispensary highlights how Santa Ana has capitalized on the burgeoning industry and positioned itself as Orange County's only leader in this business space.

Santa Ana began allowing licensing and regulating recreational cannabis for adults in 2017, a year after the passage of California's Prop. 64, which legalized recreational marijuana for people ages 21 and over.

According to Santa Ana's ordinance, the city can have as many as 30 cannabis retail dispensaries. In addition, medical marijuana shops in the city are taxed at 6%, while recreational cannabis dispensaries are 8%.

Since allowing businesses to set up retail cannabis operations in 2017, the city now has more than 27 adult-use cannabis dispensaries, including Planet 13. 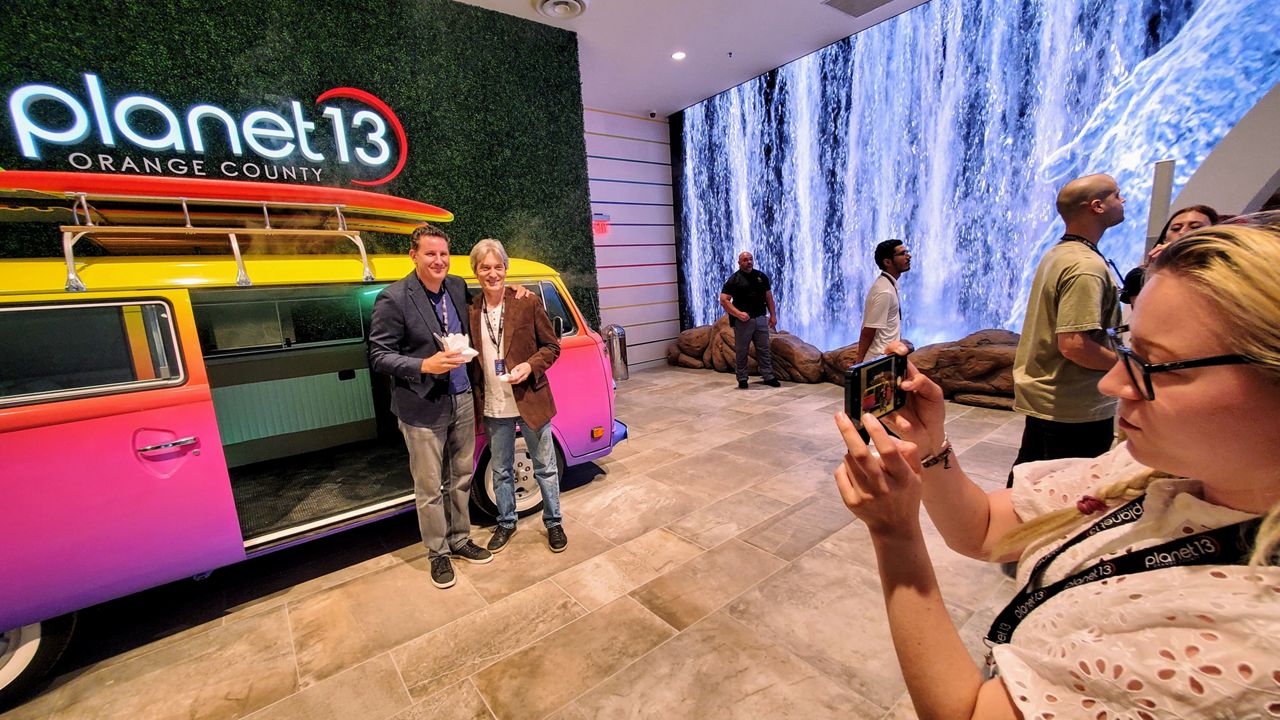 The city has received more than $30 million in the past three years.

The money generated from cannabis sales tax and other fees has gone inside the city's general fund and funds youth, park and library programs. Additionally, money was set aside for enforcement to crack down on illegal cannabis operations.

According to a Santa Ana spokesman, the Santa Ana police have shut down 120 illegal dispensaries.

At a recent Santa Ana City Council meeting, the council directed staff to look at how they could shift more money from enforcement to youth programs and services since police have done a great job shutting down illegal operations.

The Orange County Grand Jury investigated Santa Ana's license retail cannabis operations and found none of the adverse effects some believed would come with the allowance of this type of operation.

The grand jury, which released the report earlier this month, found that the city has seen an increase in revenue and allowed the city to expand its youth services programs significantly. 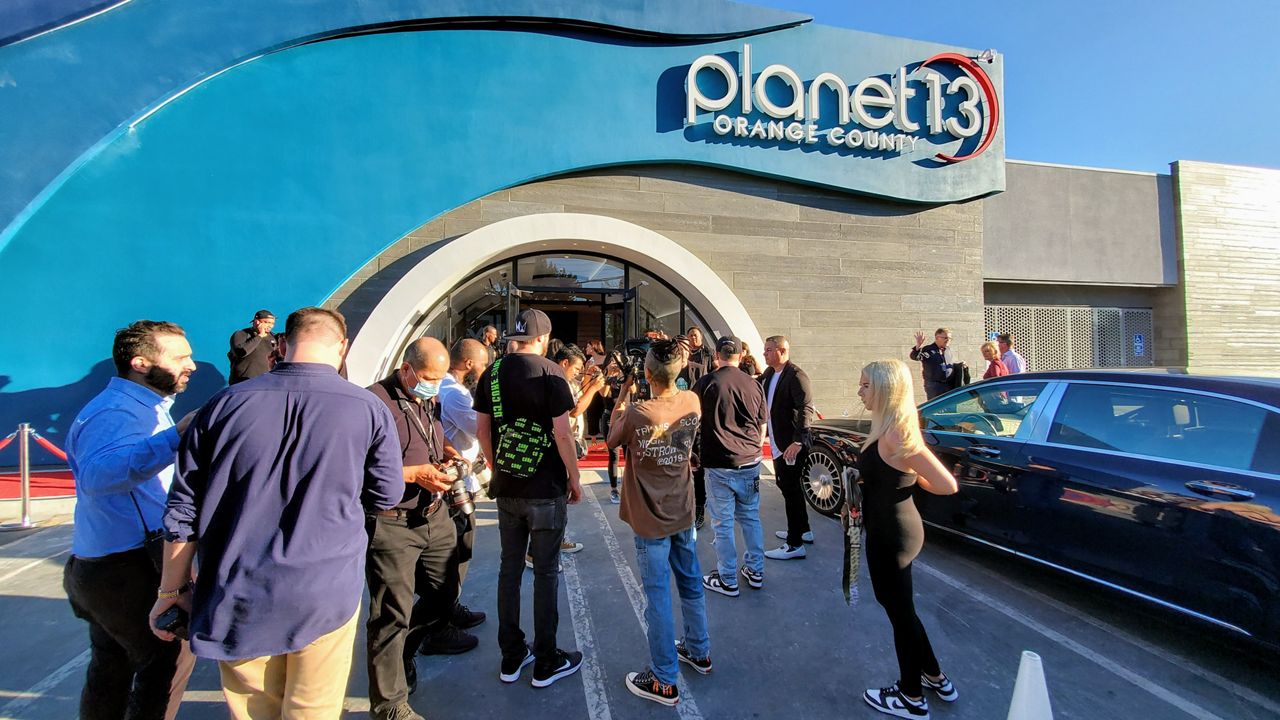 Sarmiento said the cannabis industry has grown up and matured. He looks forward to partnering with more cannabis businesses as they set up in the city, he said.

"We've always been on the front end of emerging industries, and that's how we see cannabis," Sarmiento said. "There's a good way to do things and a bad way to do things and here in Santa Ana, more than anything, we've seen a net benefit for residents. It has created opportunities for work and additional revenues to enhance our city."