Take a long second and think about the biggest weather-related killers each year in the United States.

Since you probably read the title of this story, you probably know where this is going. Snow shoveling kills more Americans per year, on average, than tornadoes and several types of high-profile weather, like hurricanes or lightning.

There are plenty of ways to safely remove snow, though – and hopefully increased awareness can reduce the death toll.

When you think of the dangers of a winter storm, you might think about slippery or icy roads. Or, you might about crashing trees or power lines, snapping under the weight of heavy, wet snow.

But snow shoveling isn’t usually high on that list of potential winter storm dangers, though the stats say otherwise.

According to the National Safety Council, about 100 Americans die shoveling snow each year.

You can compare that with the approximately 71 Americans (1987-2016 average) who die from tornadoes each year, or the 25 Americans who die in lightning strikes per year, on average.

Over a thousand Americans sustain injuries while shoveling snow each year, though most of them are minor cuts and bruises. How to Be Safe Shoveling Snow

If you’re older and you’ve got a history of heart problems and/or high blood pressure, you should really evaluate how you're shoveling snow. Here are a few things to consider about whether or not you should shovel snow, and some potential alternatives. 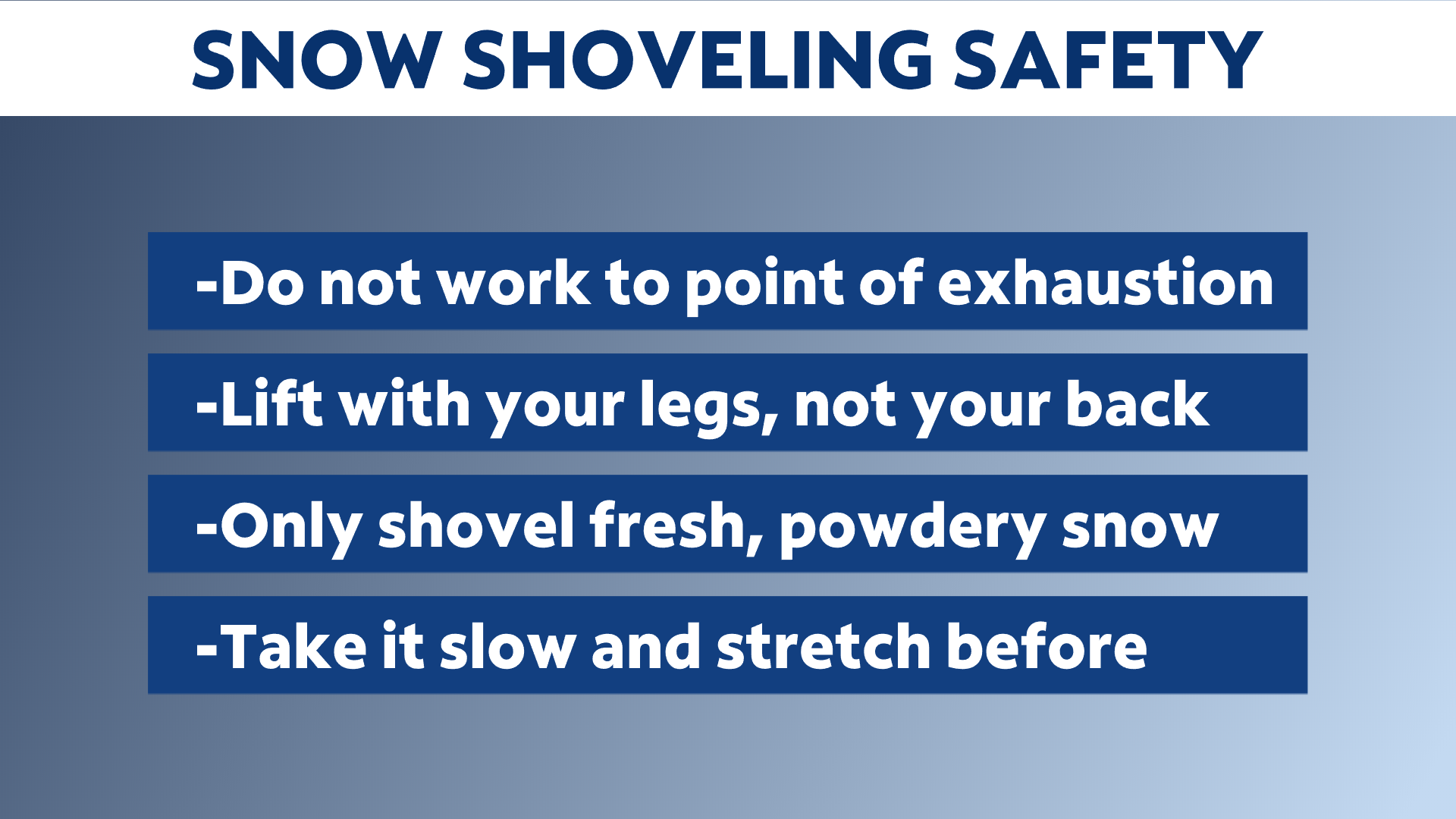 First and foremost, pay attention to the totals and the type of snow that falls. An inch or two of light, fluffy (cold weather) snow is normally safe to shovel for most.

But when you start getting to four or more inches of snowfall, it becomes especially difficult and strenuous for your body to shovel away (and extra so for those with longer driveways).

Additionally, if the temperature is closer to 32 degrees, the snow will have a higher concentration of water in it. That’ll make it significantly heavier than, say, a snowfall with temperatures under 20 degrees.

The heavier the snowfall, of course, the higher strain it places on your body to remove it.

If you’re younger but have older relatives or neighbors, check in on them before, during and after a storm. If you’re able to, help them or find them someone else who can.

Snow blowers or snow eaters are also safer alternatives, especially if you live in a snowier location. And of course, if you can afford it, perhaps pay the young and healthy neighborhood teenager to come and shovel the snow for you.

Finally, if you're unsure about whether or not you should shovel snow, check with your doctor first.