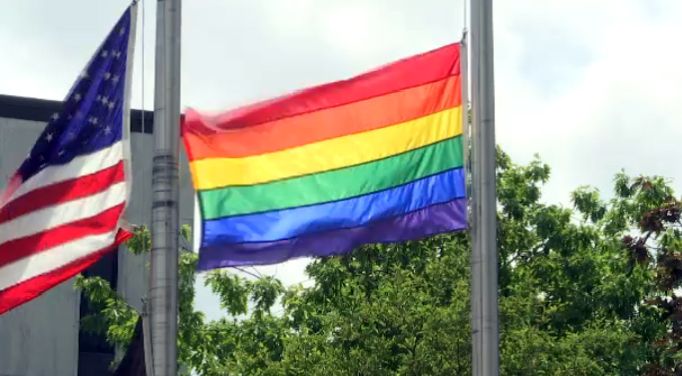 Man Records Himself Taking Down, Discarding Pride Flag in Watertown

For the second time in two years, a Watertown man has drawn the attention of both police and New York Governor Andrew Cuomo for his actions in opposition to Pride. Saturday, the city hosted a ceremony to raise a pride flag, but just a few hours later, that man took it down and discarded it in a dropbox nearby.

Donnie Lee Barrigar recorded himself doing it. Barrigar, who describes himself as a flat-earther, has also been very vocal in his opposition to LGBTQ rights. This is the second time he's been investigated for his actions related to his beliefs.

UDPATE: @NYGovCuomo has directed @nyspolice to assist Watertown PD in the investigation into the W/town Man who posted a video to YouTube of him not only removing a Gay Pride Flag from flying over City Hall, but discarding it in a drop box. FULL STORY Tonight on @SPECNewsCNY pic.twitter.com/ziuq2PiNMV

Last year, before a pride event in the city, he posted to social media how he wished a mass shooting would happen. He was not charged with anything, but police are now looking into this action to see if any charges should occur.

"At some point, enough is enough. He's acting like a grade school bully and it is, it's enough," Watertown Mayor Jeff Smith said.

"These hateful acts of division have no place in our state, and we will not allow a bigot to bully the Watertown community with impunity," Cuomo said.

"Watertown is a much bigger community than that. It's a very accepting community. It's just shameful this person can't put away his personal issues and let the flag fly," Smith added.

Barrigar, in the comment section of where he posted his video, wrote the First Amendment gives him the right to do what he did. There is a peaceful protest set for outside of City Hall on Wednesday afternoon.