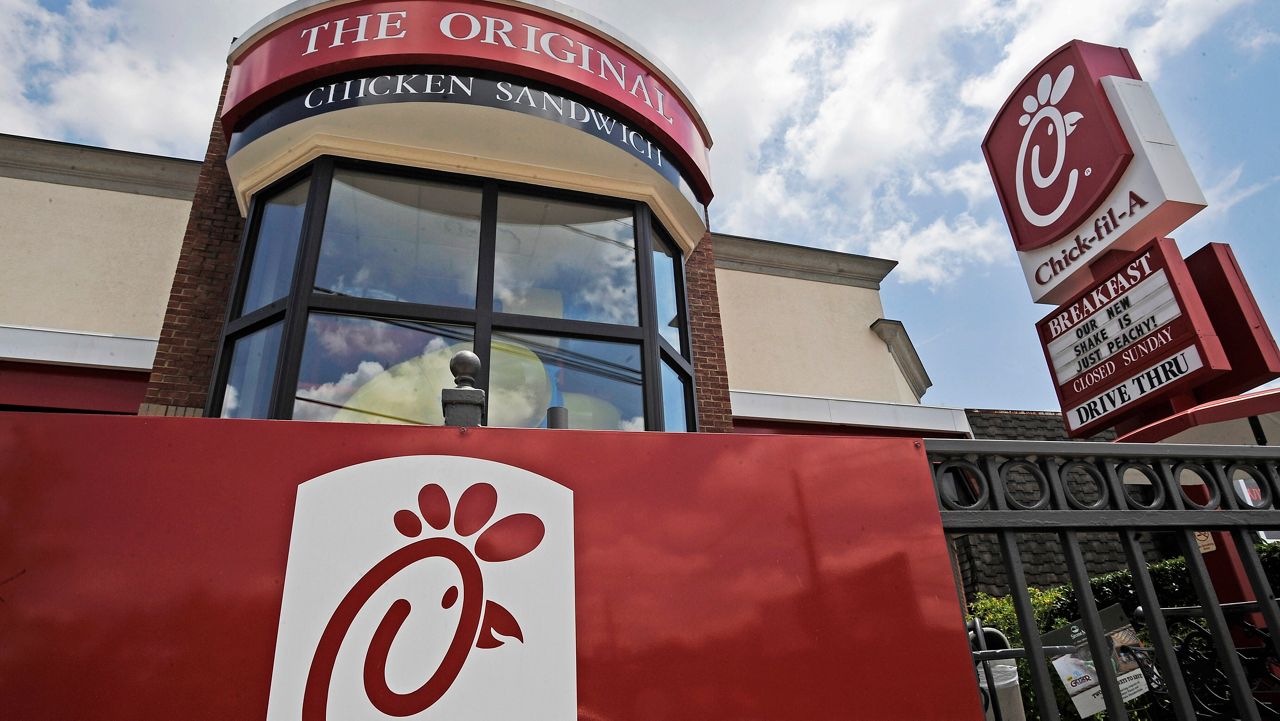 However, the restaurant Chick-fil-A is drawing pushback from at least four state lawmakers, who are asking the Thruway Authority leave Chick-fil-A out of its plazas, citing the company’s long history of donating to anti-LGBTQ+ organizations.

State Assemblywoman Linda Rosenthal said the fast-food chain goes against many of the principles that New York has fought for, including marriage equality and anti-gender discrimination.

The Thruway’s 27 rest stops will be undergoing $300 million worth of renovations starting on July 29.

Applegreen, the convenience store chain that is taking over the lease on the Thruway’s rest stops, will be privately funding the project as part of a deal reached with the state.

In a statement, the Thruway Authority emphasized that no taxpayer dollars or toll payer funds will be supporting these upgrades.

"The New York State Thruway Authority, its Board of Directors, and staff support an inclusive environment that treats the tens of millions of people that travel our system with dignity and respect,” wrote a spokesperson. “Our private partner in the Service Area redevelopment project, Empire State Thruway Partners, explored a selection of restaurants and finalized agreements with specific brands to operate at the redeveloped service areas to enhance and improve the travel experience for our customers. There are no state taxpayer dollars or toll payer funds supporting the redevelopment of the Thruway's 27 service areas. Every restaurant brand included by Empire State Thruway Partners has a contractual responsibility, and is legally required, under New York State law, including the New York State Human Rights Law and Executive Orders, to adhere to the inclusive and non-discriminatory standards that New York State embraces."

In response to the backlash over the Chick-fil-A announcement, 14 Assembly Republicans, including Assemblyman Mike Lawler, wrote a letter to the Thruway Authority in support of the fast-food chain.

“I think it'll be a great addition,” Assemblyman Lawler said. “I think it's important for our economy to be welcoming to businesses and to want businesses to come here to New York state. So you know I welcome Chick-fil-A. If we want to be inclusive and we want to talk about the need to respect diversity, we need to respect everybody and their differences of opinion. I think this is just an unfortunate incident that many of my colleagues are politicizing.”

Democratic state Sen. Sean Ryan, who was part of these protests when he was in the Assembly, said he does question if Chick-fil-A will be open on Sundays.

“They are often closed on Sunday and one of the busiest days of Thruway travel is Sunday, so we need to get clarification from the Thruway Authority, are they going to be leasing to a vendor that's going to be closed the busiest day of the week?” Sen. Ryan said.

Chick-fil-A released a statement in response to these concerns, saying “Chick-fil-A is excited about the partnership and the opportunity to further serve the residents of New York. We want to be clear that Chick-fil-A does not have a political or social agenda, and we welcome everyone in our restaurants. We are proud to be represented by more than 200,000 diverse team members nationwide, and we strive to be a positive influence in our local communities. We do this, in part, by contributing $25,000 to food banks in each community where we open a new restaurant, and donating more than 10 million meals through our Shared Table program.”