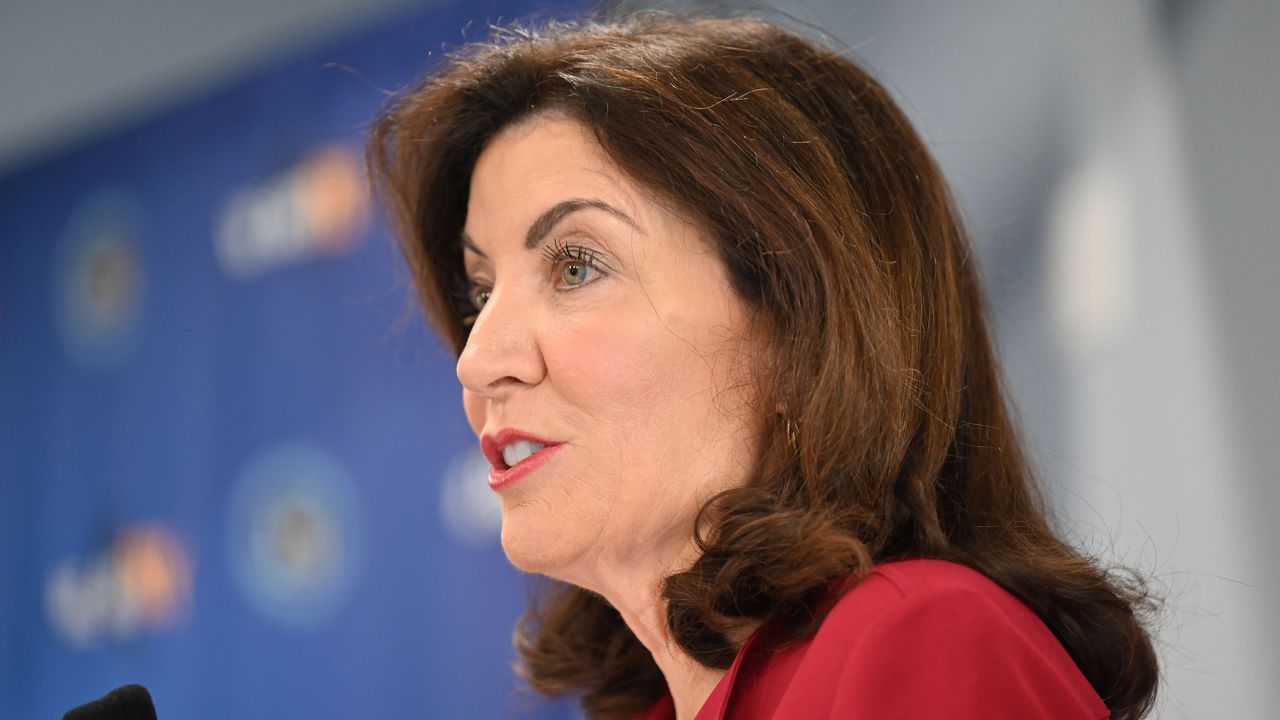 New York state is taking the initial steps to launch a review and assessment of its handling of the COVID-19 pandemic, which Gov. Kathy Hochul hopes will serve as a "blueprint" going forward.

Hochul has for the last several months promised to begin the process for assessing the state's pandemic-related policies and announced Wednesday a request for proposals for an independent entity to conduct it will be posted.

The governor indicated the review will be a wide-ranging one: It will assess how the state's policies affected schools, businesses, congregate settings like nursing homes and prisons, as well as the impact of the future of workplaces as a result of the public health crisis.

The contract for the COVID-era review will be for one year, a six-month update will be issued. Homeland Security Commissioner Jackie Bray will be involved, Hochul says.

"I want to make sure we are very intentional about this, have a broad scope to what we are doing and have a real blueprint so that it is useful to us," Hochul said.

Her administration is undertaking the assessment as a bipartisan group of state lawmakers and family members of nursing home residents who died during the pandemic have pushed for an independent investigation of the state's policies in the initial weeks of the pandemic.

One of the lawmakers, Democratic Assemblyman Ron Kim, said in a statement he was "encouraged" by the announcement, adding he is eager to read a report on the findings.

"I believe there are three open questions that must be addressed: First, what was the impact of the deadly March 25th order that sent 9,000 COVID-positive patients into unprepared nursing home facilities? Next, what was the purpose of the broad corporate legal immunity — that stripped away patients rights — on nursing homes’ ability to deliver proper care?" Kim said. "And finally, what was the intent behind hiding the accurate death toll numbers, which precluded the legislators from intervening sooner on behalf of their panicked constituents?"

Kim had sponsored legislation to appoint a commission to investigate nursing home policy.

Former Gov. Andrew Cuomo's administration had come under scrutiny for policies that required nursing homes to not turn away COVID-positive patients. In the following weeks, thousands of nursing home residents died.

A subsequent report by state Attorney General Letitia James' office found the state under counted the number of residents of long-term care facilities and nursing homes who perished.

Hochul, who took office last August following Cuomo's resignation, has pledged more transparency with COVID-related data. On Wednesday, she indicated the report from the consultant ultimately chosen will conduct the review for one year and a report will be released. A six-month update will also be released.

She added the review will not conflict with other investigations that are being conducted potentially into how New York handled nursing home policies and reported data.

The first steps for the review is also happening against the backdrop of the governor running for a full term. Her Republican opponent, U.S. Rep. Lee Zeldin, has pledged to launch a simiar review if elected and accused Hochul of dragging her feet on starting it.

A Times Union report this week found Hochul's campaign received thousands of dollars of donations from one family whose business has receive millions of dollars in state spending for COVID-19 test kits.

The company, Digital Gadgets LLC, did not have a formal contract before the state as New York's COVID-related emergency rules for spending remain in place. Hochul indicated in a news conference the money was spent in order to level up the state's testing capacity.

"I was not aware of that this was a company that had been supportive of me I don't keep track of that," she said.

Hochul on campaign contributions from a family whose company receive state money for COVID tests: "I was not aware of that this was a company that had been supportive of me I don't keep track of that."