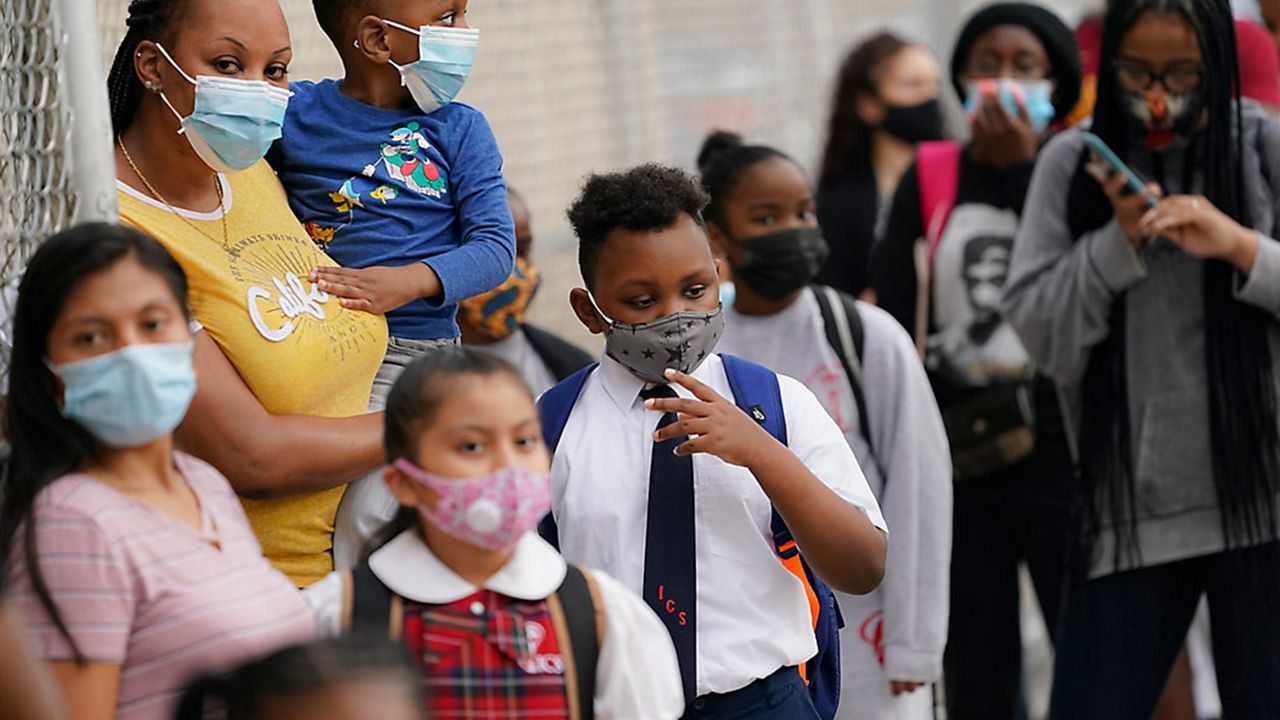 On Friday, it was Health Commissioner Howard Zucker signaling mask rules for both vaccinated and unvaccinated children could ease starting Monday unless the Centers for Disease Control said otherwise.

On Sunday afternoon, school officials received an unsigned email from the State Education Department declaring nothing would change.

And finally Monday gave the latest iteration of the mask guidance: Kids would be required to wear masks indoors, but districts could have the option of allowing mask wearing to end outside.

"It's hard for me to see much value to having sent that letter out on Friday saying our intent is to change our rules depending on what the CDC says," said Robert Lowry of the New York Council of School Superintendents.

It was a confusing conclusion of the academic year for many school officials and parents after more than a year of displacement and uncertainty surrounding the COVID-19 pandemic. School for many districts is set to conclude in only a few weeks and children are among those last in line to be vaccinated.

Federal health officials have previously announced fully vaccinated people no longer need to wear masks while in most indoor settings.

For his part, Cuomo pointed to the CDC having the final say while also claimed schools were not confused by the constantly changing guidance.

The days of mask policy whiplash had an impact. At the Avoca School District in Steuben County, a superintendent canceled school for the day citing in part the conflicting messages over mask wearing.

Many large school districts, including New York City and Buffalo, had already announced they would continue with their current mask policy.

The initial mask policy change was made after days of calls from lawmakers who wanted the mask rules lifted.

"With the infection rate at an all-time low, it is just incomprehensible to me the state is going to require students to wear a mask indoors when it’s 90-plus degrees," said Republican Sen. Tom O'Mara.

But Jay Worona of the School Boards Association acknowledged many parents want to keep mask wearing going, especially as children remain the last to be vaccinated.

School officials want to avoid any further conflicting communication as the school year ends and as districts prepare for what's expected to be a broader reopening in the fall.

"The bottom line is we kind of needed that specific clarity as to what the rule is going to be," said Worona, the group's general counsel. "The way to avoid this in the future is to make sure the language that is used matters and that there is no confusion."