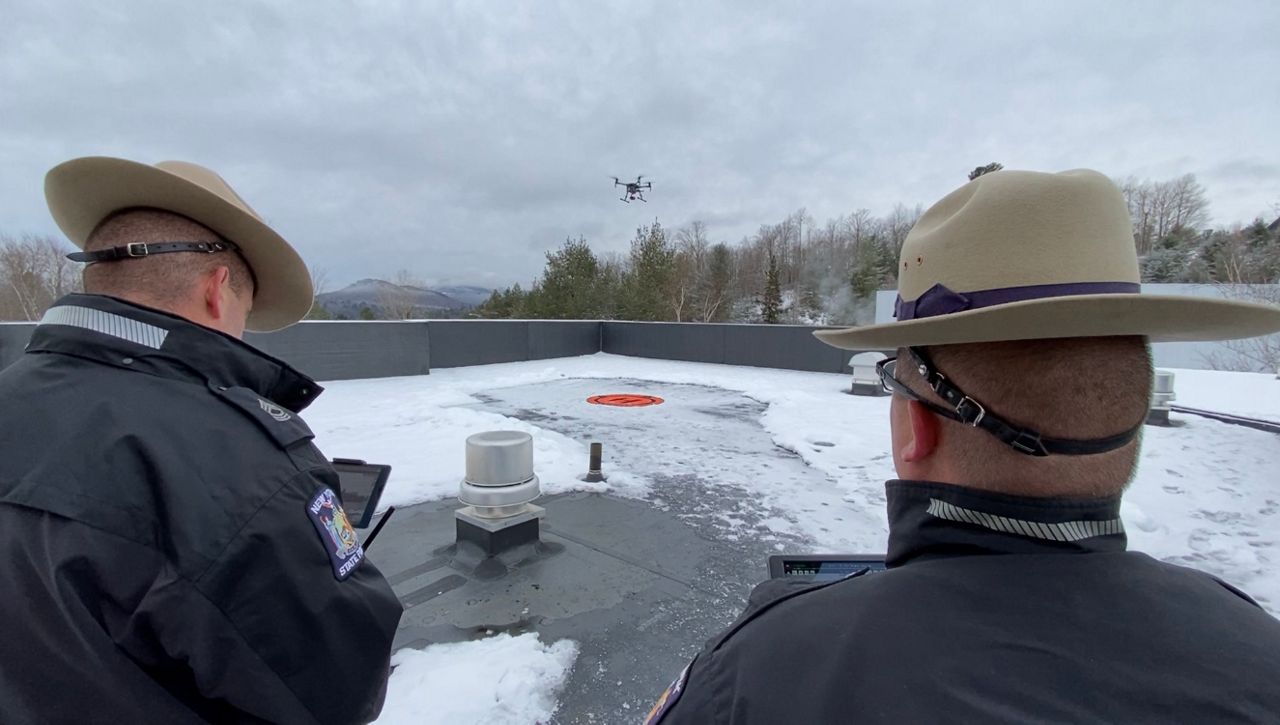 An operation center inside the New York State Police Troop B headquarters served as a central hub for security during the World University Games in Lake Placid. The center, headquarted in Ray Brook, managed dozens of troopers and other specialists throughout the footprint of the games, which wrapped up this weekend, in Lake Placid, Potsdam and North Creek.

In partnership with nearly a dozen agencies, local law enforcement, Homeland Security, the FBI and even the National Weather Service, that communication became even more important, according to Oliver. And it took years of prep work.

“I’ve been here two and a half years as a troop commander, and it started almost immediately for me. However, it's already been in the works probably a year prior to that,” Major Oliver said of planning for these games.

Plans that included the New York State Police not only keeping an eye on the ground, but one in the sky as well.

With both helicopters and drones flying every single day of these games, te state police used the technology for a better lay of the land; a sightline on things you just cannot see below. It's all a part of that more than three year plan.

“There are things you see, there's things that the public will see. They'll see our troopers and our other police officers there at the ground level engaged with things. But there's a lot that that goes on behind the scenes that you may not see,” Oliver said of being able to access full event sites and tougher terrain.

All combined, the force, the technology and the constant communication, it provided for an event of 1,500 athletes, thousands of spectators and 11 days of events going off without a hitch in the Adirondack region.

And with the cooperation of everyone, from the agencies to the fans, the athletes and the organizers, it was a job well done.

From the very beginning of the New York State Police, Troop B was headquartered in Malone. However, when the 1980 Olympics were announced, it was decided to bring the headquarters somewhere a bit closer to Lake Placid, and ever since, the station has been in Ray Brook.

The story of the New York State Police’s presence and impart at these games, does not end there. Polish biathlon members found themselves in Lake Placid, without a very important piece of equipment, the rifles they use in competition. They had been accidentally delivered to Atlanta, where they sat for five days.

Upon learning where they were, they were flown to New York City, where State Police troopers picked them up and relayed them — by vehicle — to Lake Placid, just five hours before the biathlon events began.

A polish woman in that first race would go on to win gold.