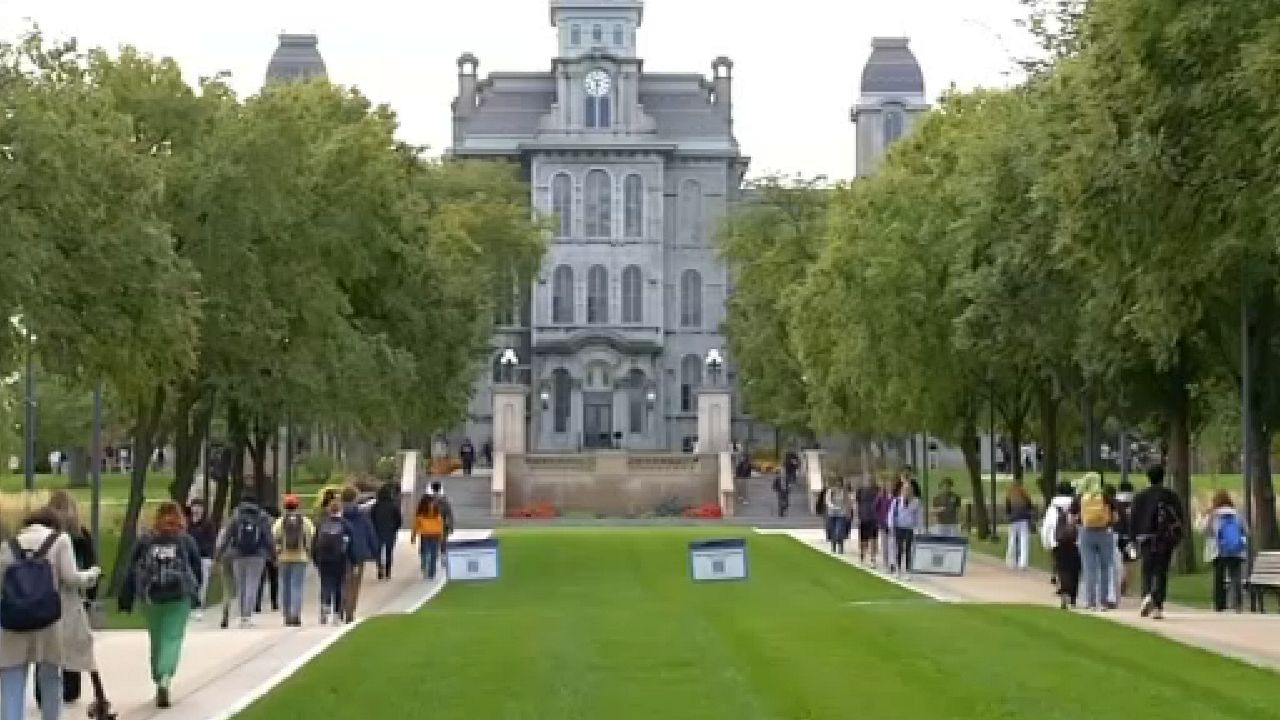 Now that the historic Micron Technology chip fabrication announcement was made Tuesday, the work begins. It's work Central New York has already spent a lot of time getting ready for, ensuring the region has and continues to have the people needed to make the project a success.

While that was certainly a question, during discussions, regional leaders and Micron agreed to team up and do whatever it took to ensure there would be plenty of qualified candidates ready and willing to get to work.

Syracuse University Chancellor Kent Syverud was one of many in Central New York on cloud nine with the announcement, the investment.

“I have never been more optimistic and confident about the future of this region than I am today," Syverud said.

The $100 billion project is a computer chip-producing mega-fab to be built in Clay just outside of the city. A region that lost much of its manufacturing over the last 20 years is about to get 9,000 of those jobs back, 50,000 jobs in all, over the next 20 years, officials said.

“This changes everything in our community," Onondaga County Executive Ryan McMahon said. "When we look at some of the longstanding issues that we’ve had in underserved areas, concentrated poverty, we now have the mechanism to fix that, and we’re going to.”

“And I think there was a concern about our ability to generate a sufficient workforce for them to hire in the future, or for our ability to build enough housing and to ensure that housing doesn’t become unaffordable in our community,” said Robert Simpson, CenterState CEO and president.

But part of this investment will help alleviate those fears.

While 7,000 or so engineering students graduating from CNY schools each year, $500 million of this money will go to the community, for community improvement, including workforce training and recruitment.

And, of course, there's those who already know the story, specifically Syracuse University students. The school has already made significant investments into its engineering programs and more.

Syverud sees this as an opportunity for all of the region’s higher education.

“There will extraordinary opportunities in career development, career placement and training across the board at the university and at the other higher education partners in Central New York,” Syverud said.