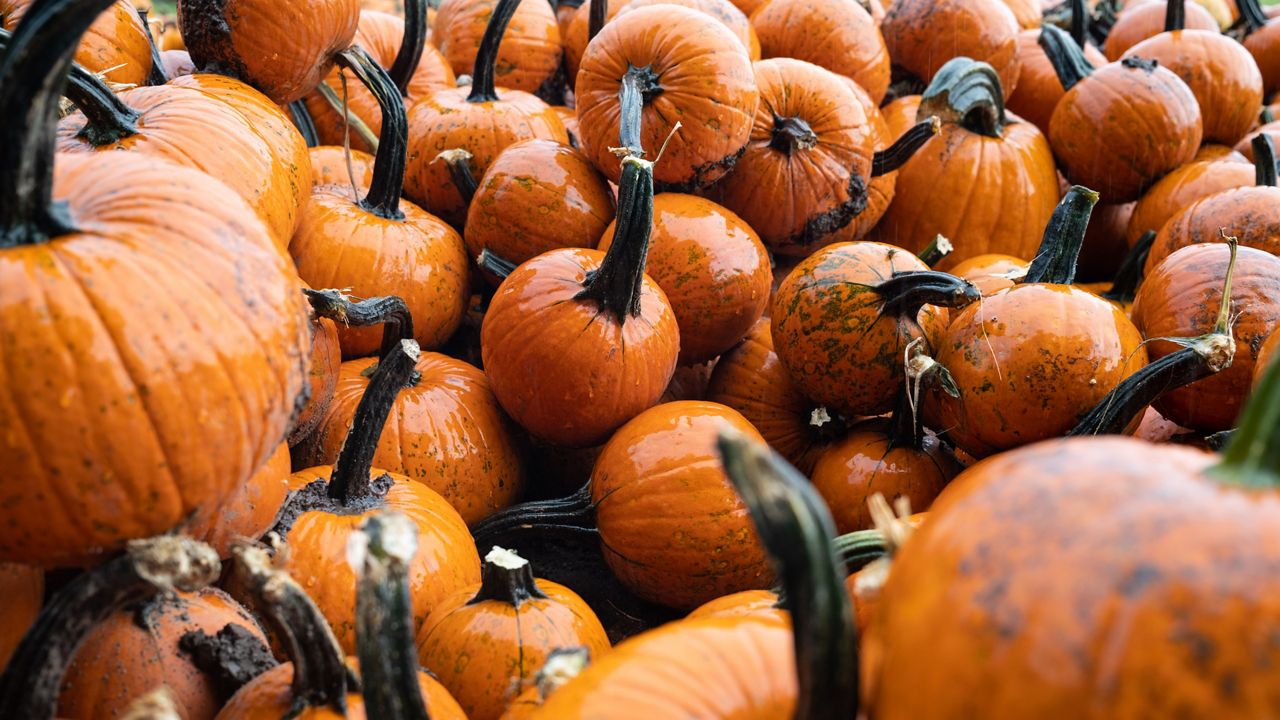 A drought impacting most of upstate New York has pumpkin farms seeing smaller crops heading into the Halloween season.

Louise Cox, who owns Pumpkin Hollow located southwest of Syracuse, said their volume of pumpkins hasn’t been impacted but rather the size. 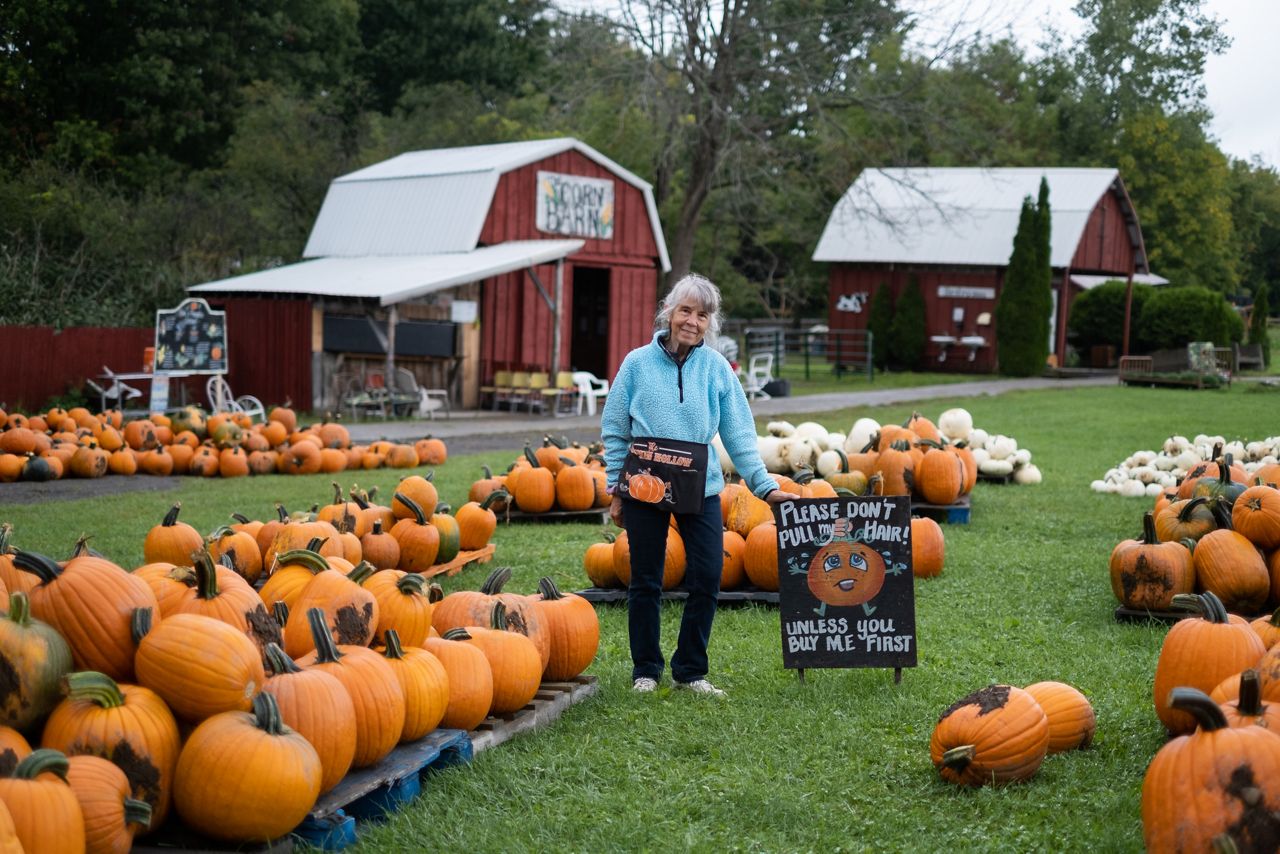 “They tend to be smaller. They like water, so if you have water they blow up,” Cox said.

Pumpkin Hollow has 60 acres of pumpkins, and 46 of those are in the same location as the Hollow and are used for u-pick pumpkins. Visitors can either pick up pumpkins that were pre-picked by employees of the Hollow, or they can walk into the fields and pick their own. 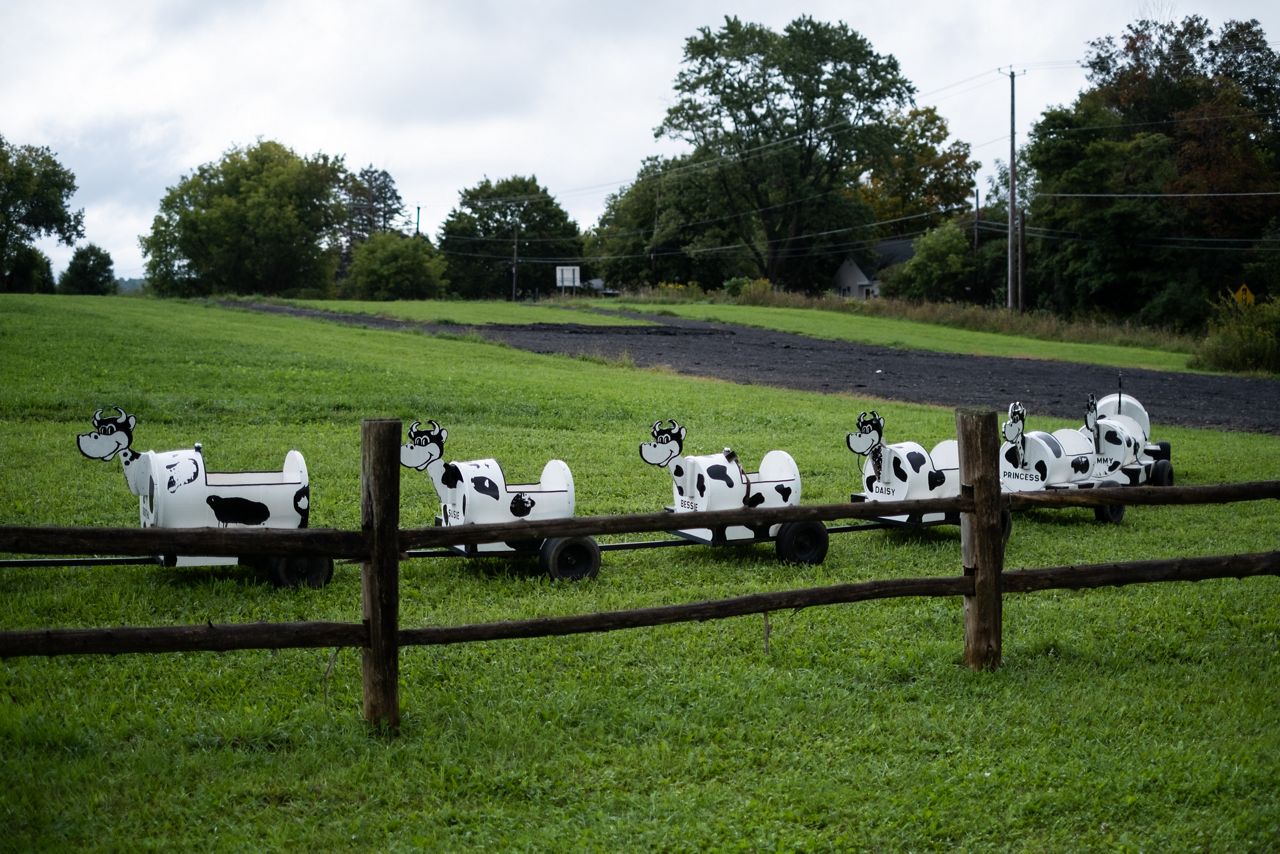 They plant the pumpkins periodically so that they are ready for harvest two weeks apart throughout the fall season.

“Our giant pumpkins are still growing, and they were affected by the dryness because they were on a hill here,” said Cox. 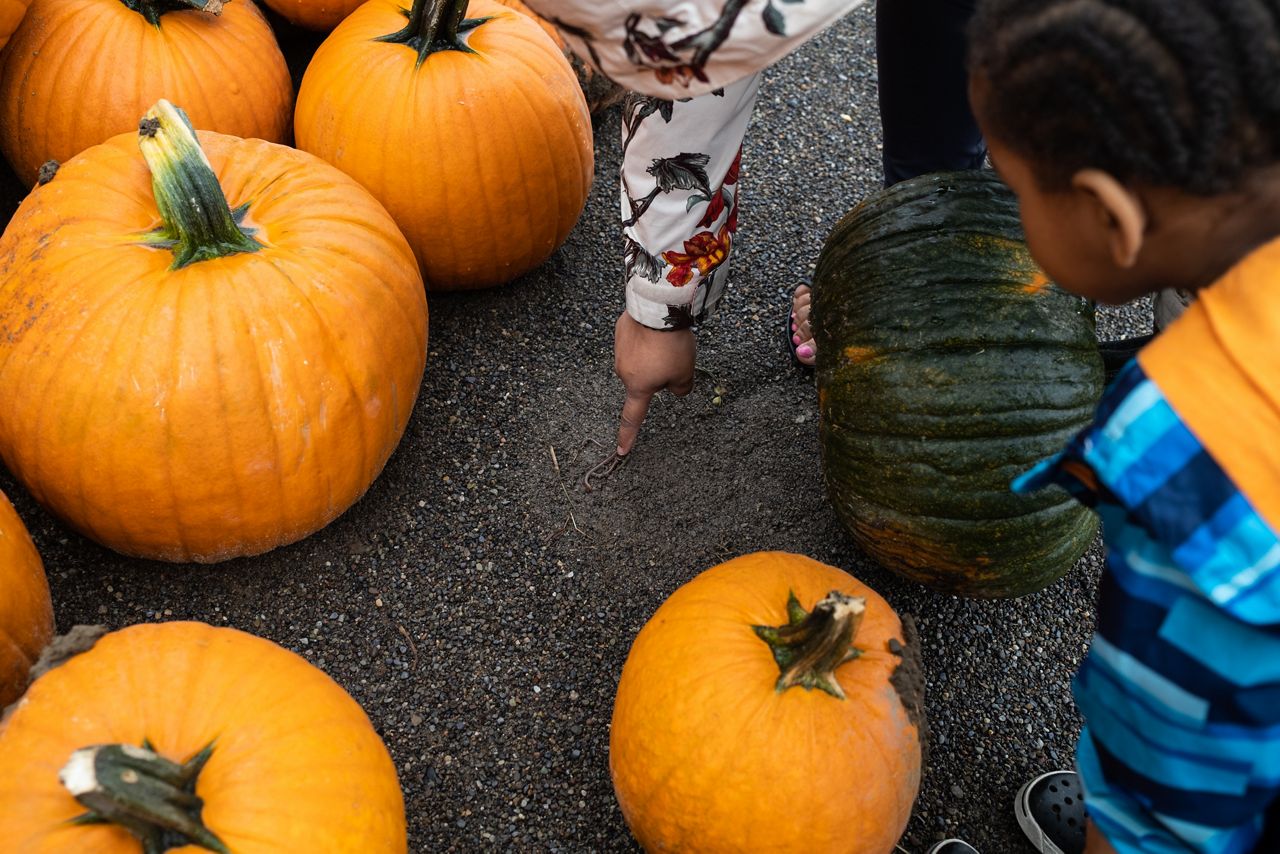 Visitors of Pumpkin Hollow look at a worm under a pumpkin. (Emily Kenny/Spectrum News 1)

She explains the water runs down the hill rather than soaking into the ground.

“It seemed like we got little bits of rain here and there, but it dried up right away so the pumpkins had nothing to drink,” said Cox. 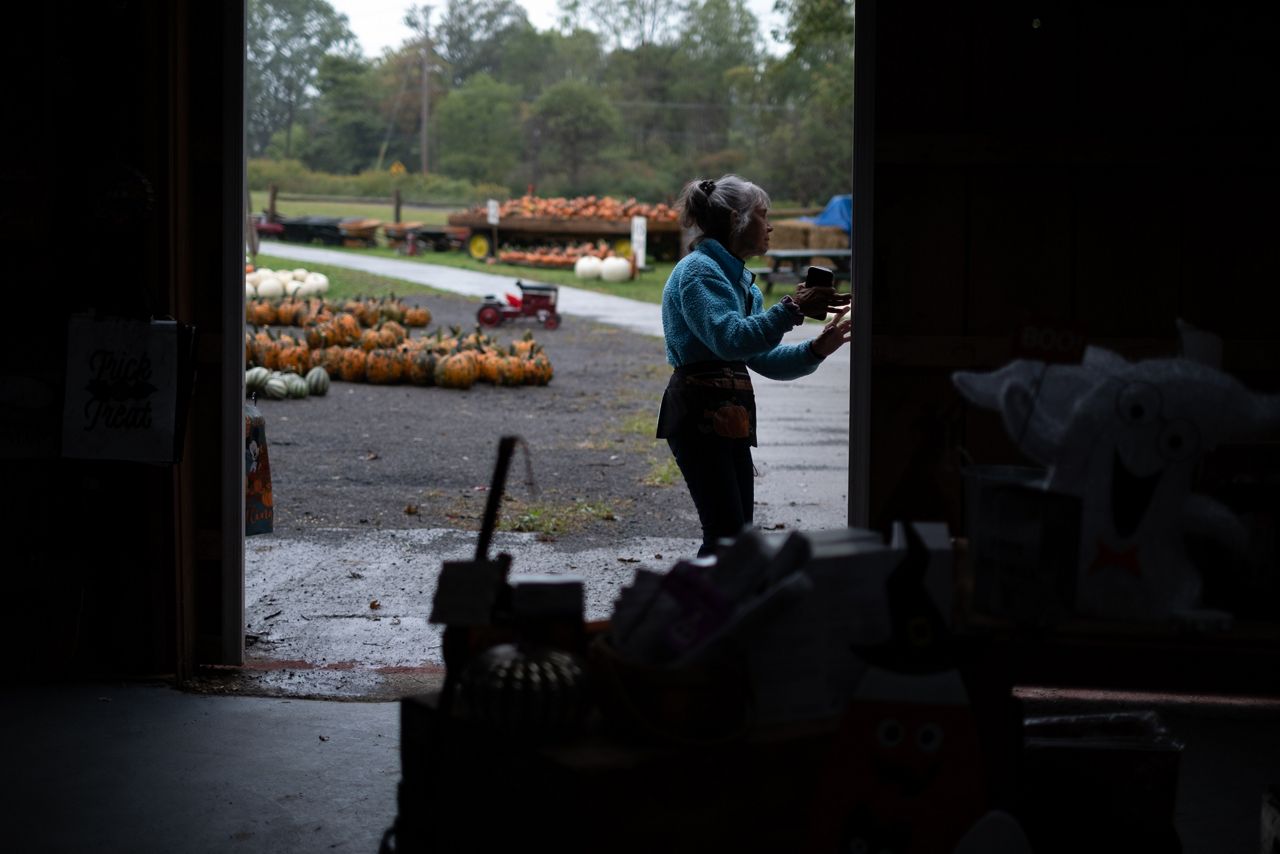 Louise Cox opens up the Pumpkin Hollow for the day. (Emily Kenny/Spectrum News 1)

In addition to the lack of rainfall, the price of supplies such as seeds and fertilizer was higher this year than prior years. Despite that, Louise’s son, Garrett, who also works on the farm, decided to keep the prices for pumpkins the same.

“He's keeping his pumpkin prices pretty steady, close to last year,” Cox said. “We haven't really raised them significantly. He feels that he's got the volume to cover the cost of everything else. He knows families are struggling to do things that are fun and that’s really our mission.” 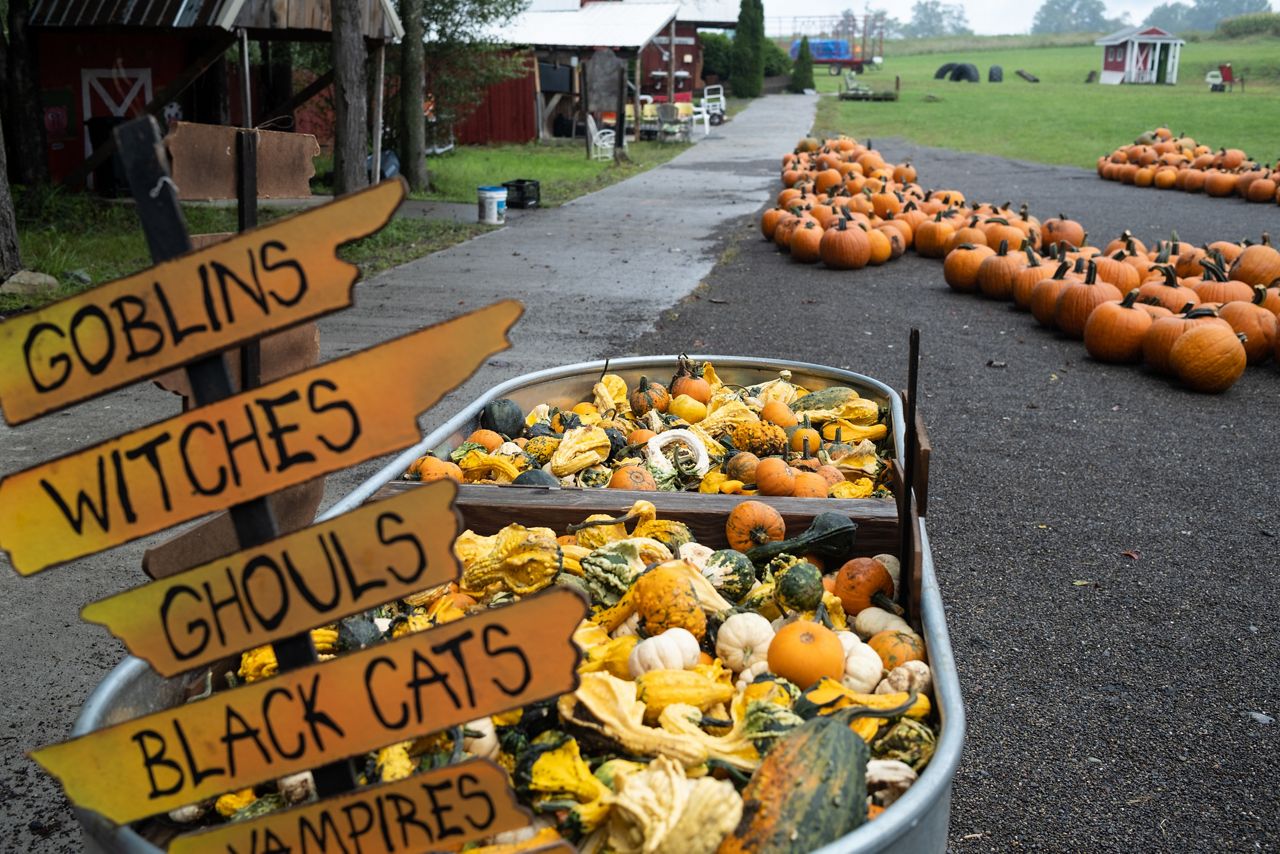