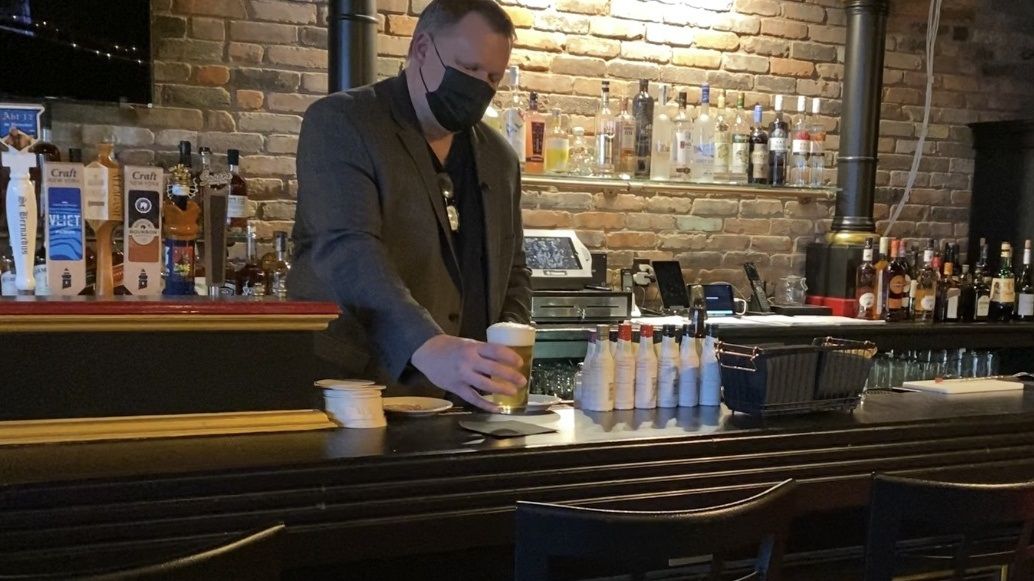 The state executive order of alcohol to-go was a lifeline for Jason Pierce's restaurant in Albany during the pandemic, when many people were not dining out.

“If not for to-go alcohol sales last year, Savoy may of had to shutter operations for a little while. That additional income and profit is what kept us afloat really,” said Pierce, who owns Savoy Taproom and the Copper Crow.

He estimates it brought in 20% to 30% more business last winter.

But now, with the executive order expired and no legislation passed to extend takeout alcohol last legislative session, they’re back to how things were.

“The reality is, there were no negative benefits whatsoever to to-go alcohol sales, and there’s no reason not to make it permanent,” said Pierce, who is also the Albany Restaurant Association president.

There’s renewed hope it could still become a reality.

Pierce said it's something that needs to happen fast, during the colder months.

“Once summer comes and everyone is available and able to dine outside, then it’s too late. The benefit is gone,” Pierce said. “Right now is when we need this legislation.”

But it’ll likely be another uphill battle during this legislative session.

He said they were OK with the executive order last year to help restaurants. But Kalogridis said some establishments took advantage of the law and started selling full bottles of liquor and wine.

“They just became liquor stores, and I think that’s quite unfair to a liquor store, ourselves and our industry,” Kalogridis said.

He said what was proposed in the state budget has been pretty vague, and he is waiting for more details on how the law may shape up.

As for Pierce, just a few days after an interview inside his new restaurant, a pipe burst upstairs, and 65,000 gallons of water flooded the Copper Crow.

The restaurant had opened for just two months, and is now closed as cleanup and repairs take place.

“You know, it’s like going into a boxing ring for what maybe you thought was nine rounds and now we’re on round 16, and it just keeps coming,” Pierce said. “But we’re still standing and we’re going to keep standing.”

Pierce is optimistic he’ll get the establishment open sometime this spring.