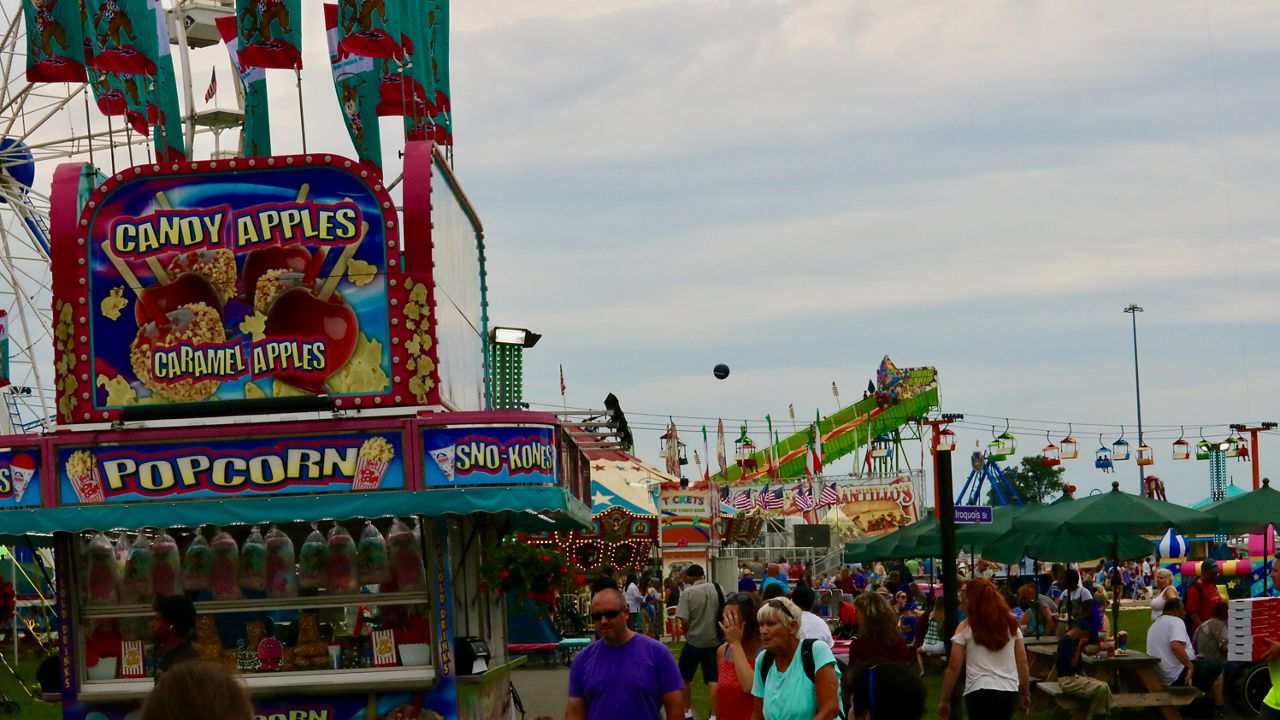 Planning intensifies with New York State Fair one month away

The Great New York State Fair starts one month from today, and the gates will open with 100% capacity. The State Fair opens on August 20 and runs through September 6.

Without a State Fair in 2020, and uncertainty around this summer, planning started from a dead stop a few months ago when Governor Cuomo announced the State Fair would be held. From there, organizers have had to ramp up planning as things opened up.

“Hope springs eternal, so I definitely hoped we would,” said Troy Waffner, the State Fair director. “You know, as the spring went on, you saw the vaccination rate going up and up I figured we do something. The governor announced 50% and came back on announced 100%, so, you know, it’s exciting.”

This is the first year the Fair will be 18 days long, and organizers are planning a state fair like we’ve come to know.

The midway will be full of rides. Agriculture exhibits will be back. Of course, there is a full lineup of concerts. This year, there will be shows at Chevy Court and there will be acts at the Chevy Experience Stage, which is toward the back of the Fairgrounds.

“That’ll be new,” said Waffner. “That’ll be fun and it’s something we’re going to build on going into the future. You know, I think when you look at the Fair, it’s still about agriculture and that’s our mission, but as we build more and more entertainment into it, it helps fund the agricultural mission and bring more and more people into the Fairgrounds.”

Some Fair favorites won’t be returning. Gianelli, Dinosaur BBQ and Tully’s are closing their tents, citing staffing issues. Bakers Chicken Coop and Haddocks Paddock won’t be back, either.

While last summer was strangely quiet at the Fairgrounds, the winter and spring have been busy.

Since the Expo Center was repurposed as a mass vaccination site for New Yorkers last year, more than 406,000 COVID-19 vaccine doses have been distributed there.