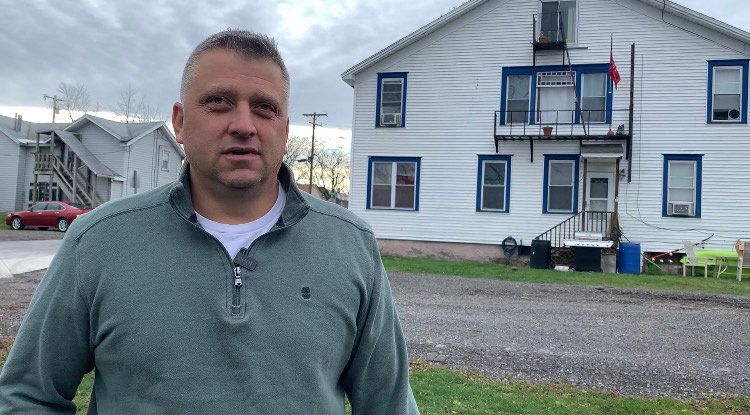 Rent Abatement With No End In Sight Burdens Landlords

We have heard from renters about what a help the Safe Harbor Act has been financially during the pandemic, but landlords see a different side to the issue.

Landlords in New York State continue to struggle to cover expenses due to New York State’s rent abatement program put in place for the pandemic. Landlords say covering shelter costs should be the state and tenants' first priority.

Paul Haberek is a landlord in Brewerton.

“You cannot pay your cell phone and they’ll shut it off. When it comes to renting, somebody has to take the liability for it, and unfortunately, it’s landlords like myself,” says Haberek.

Paul Haberek and his wife own 24 rental units. They are feeling the mounting financial burden of the Safe Harbor Act.

“It’s a handful of tenants that aren’t paying. My hands are tied. I can’t make them pay and I can’t evict them.” Haberek emphasizes.

None of his expenses have stopped during COVID-19, especially as he tries to provide safe housing.

Haberek tells us, “This is a nine-unit apartment and mostly two-bedroom. Probably 25% of the rents are either not paying or slow pay. The taxes are right around $10,000 a year, the water bill is $700 a quarter. I pay for that and I also pay for the house electric account which is $100 to $120 a month. These aren’t minor expenses; these are rather large. When one person doesn’t pay, it causes a problem.”

The Haberek's recently had to make $36,000 in HVAC and water heater upgrades to one building, as well. Haberek sympathizes with those impacted by COVID-19, but feels this legislation is misguided.

“There are people that have been affected, however, the vast majority are getting assistance can pay their shelter costs and they’re choosing not to,” says Haberek.

Pandemic or not, expenses for property owners come in every day.

“Today I actually had to have this tree removed. Ya know, a couple of thousand dollars to get them removed. You don’t have a choice. You have to have it done. And it just adds to the burden when people aren’t paying their rent,” says Haberek.

The consequences could be substantial, leading to landlords off-loading rental properties in New York, and deterring future investors.

Haberek adds, “I do see landlords walking away from it because it is going to make property values decline.”

Currently, there is no end date for the Safe Harbor Act. All back-rent payments missed will be due to landlords once the New York on Pause executive orders are lifted.