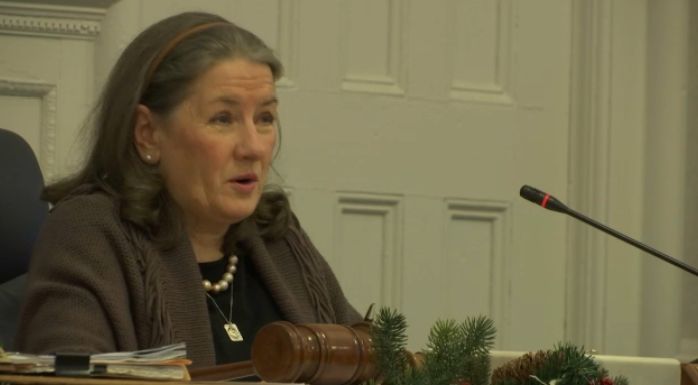 Those who knew her best say Carolyn Fitzpatrick was one of the rarest people you will ever meet.  She had a desire to serve others that was never about where it could take her, but rather the impact she could have on others, especially as a role model for fellow women.

She was a loving wife, mother, grandmother, and mentor. Fitzpatrick, who unexpectedly passed away over the weekend, was all of that and so much more.

"She would drop anything for anyone no matter what," friend Stacy Spaziani said. "If someone needed something, Carolyn was always the first person to lend a hand. She was probably one of the most giving people of this community. She'd give you the shirt off her back. She'd give you her heart if she could."

Fitzpatrick once served as the Chief of Staff to then State Assemblyman Bob Nortz. In 2000, her desire to impact the lives of others saw her elected to the Jefferson County Board of Legislators. After honorably serving her community for ten years, she was chosen to chair the board, the first women to ever hold that seat.

Among the day to day impact she made on residents, her leadership helped re-establish the Watertown International Airport, ensured local communities had the housing for a growing Fort Drum and helped Jefferson County and the City of Watertown work together in ways long lost.

"She did so much for so many people," Jefferson County Board of Legislators Chair Scott Gray said. "She did, a lot of it was from the forefront but a lot of it was quiet.  She was a very quiet contributor to the community."

"When she met you and you talked and you did something together, she was your friend. She never forgot that," Former Watertown City Manager and Friend of Carolyn Fitzpatrick said.

It was the behind the scenes, non-government efforts Fitzpatrick made that Gray says truly made her one of a kind. She worked with more than 24 different local agencies and organizations.  It was her compassion and care people will remember most, that and helping the women of her community in a multitude of ways.  She lead by example and would take people under her wing

"When I was city manager, if I had some issues I always felt I had the ability to pick up the phone and call her," Corriveau said.

"The exact words I got from here were, 'Never underestimate yourself as a woman, as a mother or a leader in the community,' and she reminded me of that all the time," Spaziani added.