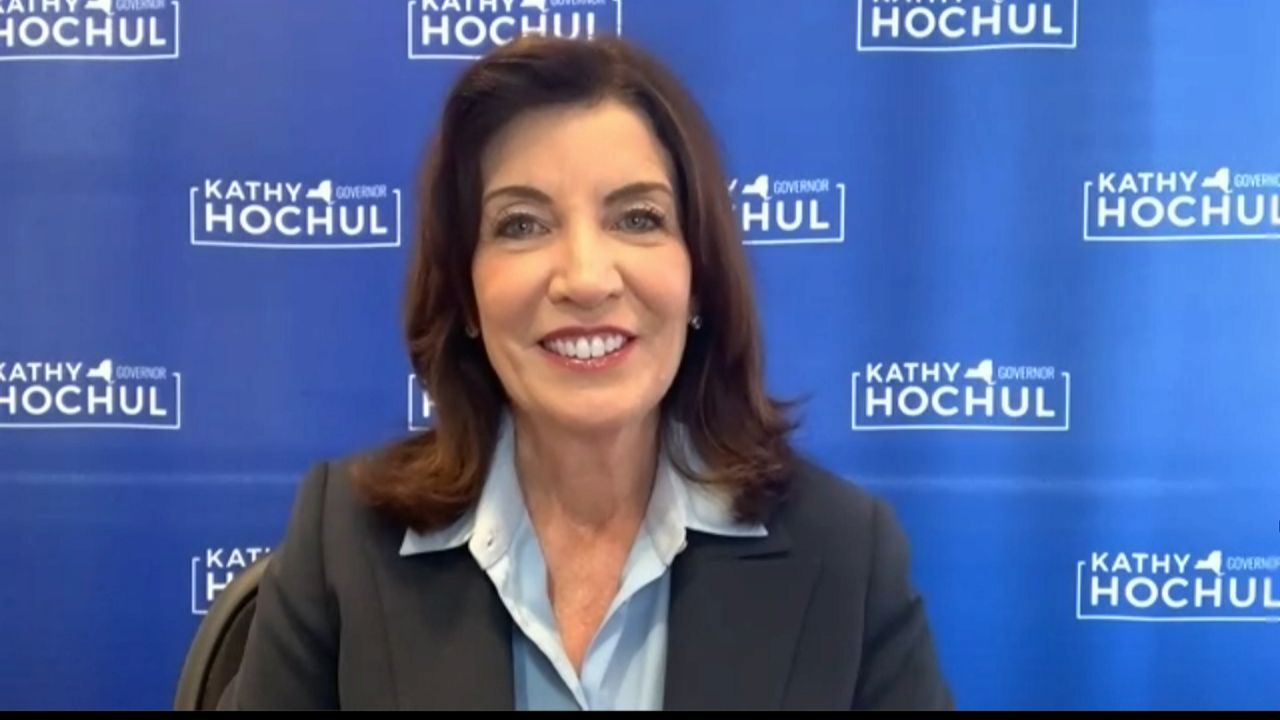 Hochul looks to create 'party of unity' ahead of November election

As Gov. Kathy Hochul looks toward the general election in fall, she is hopeful that the Democratic Party can become a "party of unity" to defeat Republican challenger Lee Zeldin.

After becoming the first woman to earn the nomination for New York governor for either party on Tuesday, Hochul appeared on "Mornings On 1," saying she was feeling confident that voters will see her opponent as a "Trump extremist."

"[He] supported the big lie, [he] voted against validating the election in 2020 when it was so obvious that that president was going to be Joe Biden, not Donald Trump," Hochul said. "He also supports taking away women's rights to choose."

"This is New York and New York values run deep. And so we're ready to bite and we're ready to be one united voice, and I'm really looking forward to showing the extreme contrast between Democratic values and what someone like Lee Zeldin will try to sell this November."

Hochul said her top priorities as governor remain the same now that she has secured the nomination, and noted she plans to work to protect public safety, enhance abortion rights, and tackle economic, education and healthcare issues.

"Democrats are far more united when it comes to standing firm against taking away women's right to choose, limiting our ability to protect and gun safety and making sure that we deal with the economic issues.”

As for further campaigning, Hochul said she is instead focusing on getting back to work, and will be returning to Albany on Wednesday to work on new gun legislation expected to pass later this week.

"We're back to work already, but I love it. I'm honored to be the governor and first woman nominee of a major party and it is humbling but I'm ready for the challenge," Hochul said.