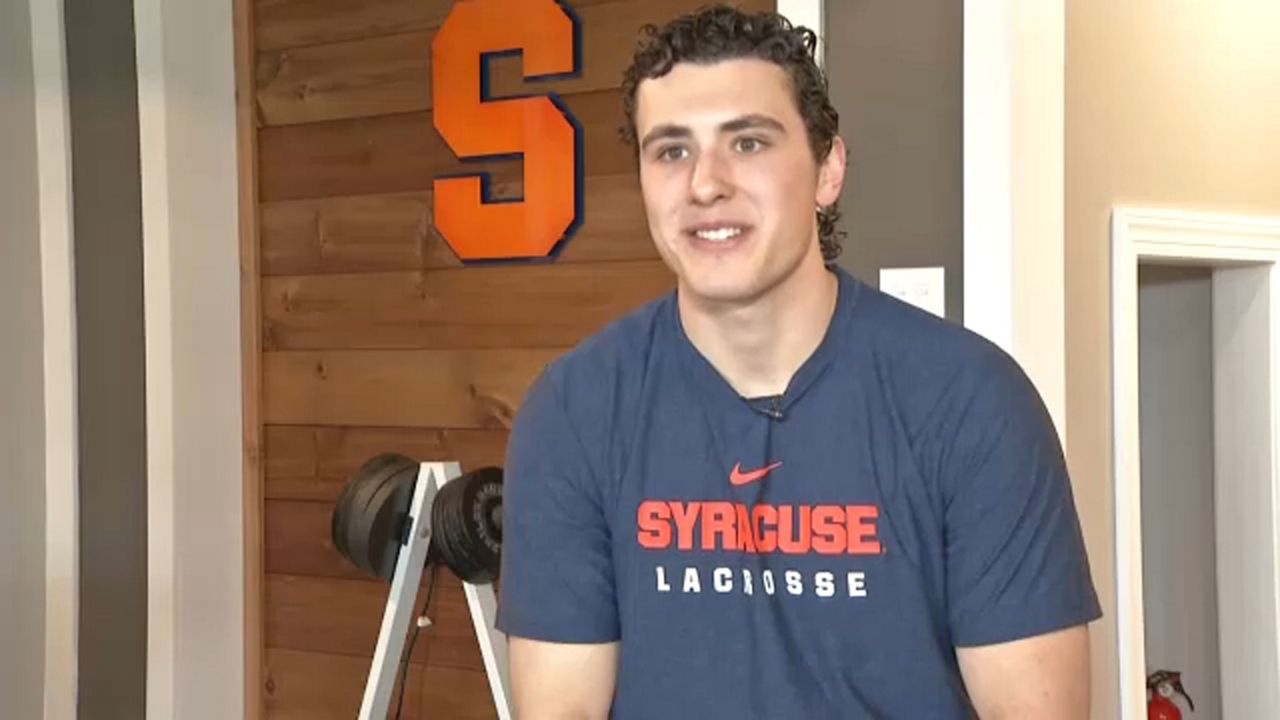 Victor grad Jamie Trimboli is another local athlete dealing with a canceled season.

He helped lead the Syracuse men's lacrosse team to a 5-0 record and a number one ranking before the NCAA canceled spring championships two weeks ago due to the coronavirus pandemic.

Trimboli and the rest of the team's seniors are realizing their dreams of winning a national championship were over.

"We had a lot of confidence and we were rolling head first into all the goals we had set for ourselves. To have a sudden stop like that is super tough," Trimboli said.

The midfielder has an impressive career for the Orange, recording 99 points in 50 games.

"My decision making got way better, my shot, and that happens when you have a great coaching staff and guys that kind of take you under their wing and mentor you,” he said.

Trimboli is home in Victor finishing up work towards his degree in biology.

His parents love having home, but they wish he was still playing.

"That's why I went to Syracuse…so I could be close to home and my love ones could come to all the games, because they've put in a lot of work to get me there so I wanted them wanted them to be able to enjoy it with me," he said.

With two outdoor leagues in the United States, Trimboli should get the chance to play professionally.

"I think that would be awesome to get drafted,” he said. “That would be the cool next step in my lacrosse experience.”

The Orange finished on top of the final lacrosse poll of the year, a little consolation for what might have been a championship season.