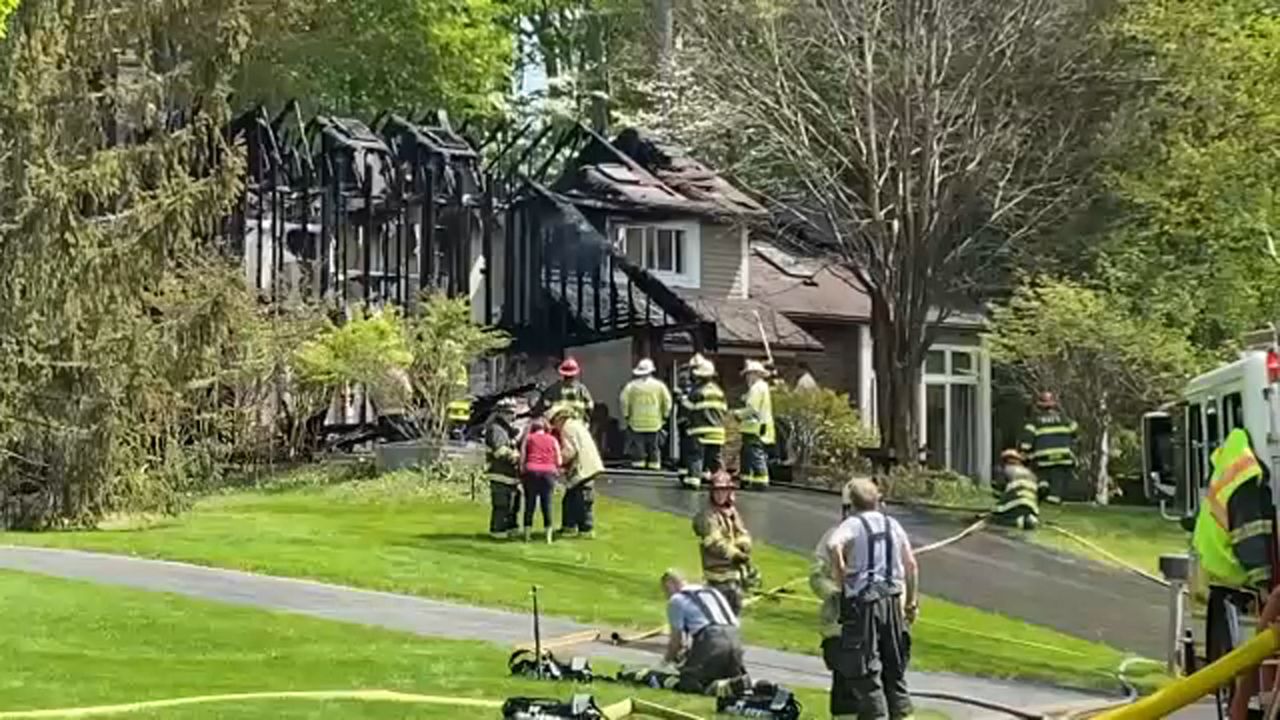 FAIRPORT, N.Y. — There was a startling scene in the normally quiet Watchet Lane neighborhood Tuesday as flames ripped through a home at the end of a Fairport cul-de-sac. Fire officials say it started in the garage and spread fast.

“It’s a two-story, fairly large home,” said Egypt Fire Chief Alex Klimchek. “We had problems with this fire. There’s some fire damage to the neighbor’s house, there’s some melted siding. The woods were on fire behind the house. There’s a gazebo that was fully involved. The fire had a good headway on us."

Several fire departments and rescue agencies responded. One person was home at the time.

“It was fortunate he made it out," said Chief Klimchek.

Fire officials say it’s a total loss, but the homeowner has a different take on it.

The man who owns the home and who was inside the house when the blaze started is the presiding bishop of the Episcopal Diocese of Rochester.

Bishop Prince Singh was working from home, on a Zoom call, when he heard a noise from the garage.

“So I opened the garage door and there was fire,” said Bishop Singh. “So then I just closed the door, ran outside, called 911. If I had not gone to see what was going on, I don’t think I’d have been that lucky."

Outside, Singh stood by as firefighters doused flames and pulled charred belongings from his home.

The bishop said it was difficult to watch.

"It’s also amazing to see how people help each other,” Singh said. “The human community is so strong because of this kind of reaction. So many neighbors have come over and checked on me to make sure I was okay and people calling constantly to check.”

A laptop and a guitar are the only items salvaged.

“It was a beautiful house, but it was just a house," said Singh.

Without question, it is a glass half full way of thinking. The bishop expressed thanks that no one else was in the house at the time of the blaze and also thanks his community.

“This is true we are actually a community, a beloved community,” said Singh. “And I think there’s goodness in every person. I’ve seen it in the last hour since running out of the house and calling 911, just for the deep compassion people have for each other. So I’m optimistic, even now. It will be okay.”

Singh, on the same day his home burns, is counting his blessings.