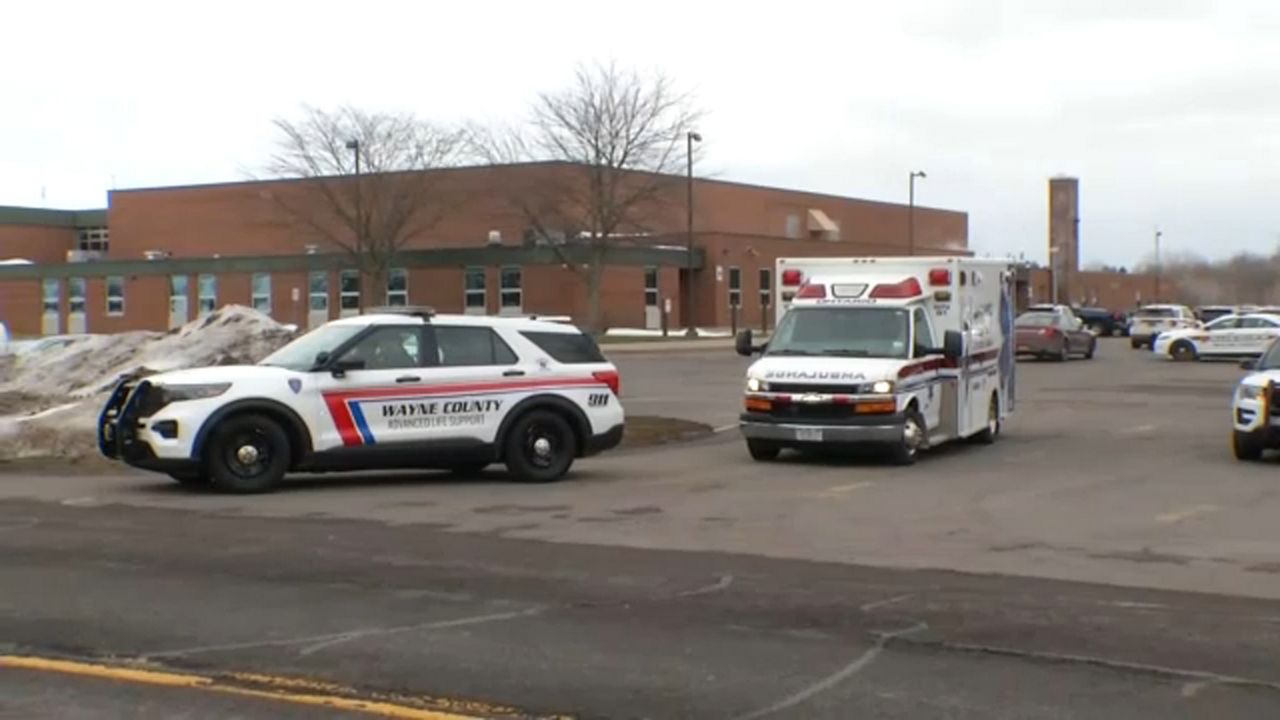 The sheriff's office says Deputy Robert Mansell was shot in the foot.

Authorities say it happened during an incident with Thomas Franco, 19, a custodian at the school.

Investigators say Franco was armed with a knife and was brandishing it toward himself and others.

While the sheriff's office does say Deputy Mansell was hurt by gunfire, it says he never displayed his service weapon.

Both the deputy and the employee suffered minor injuries.