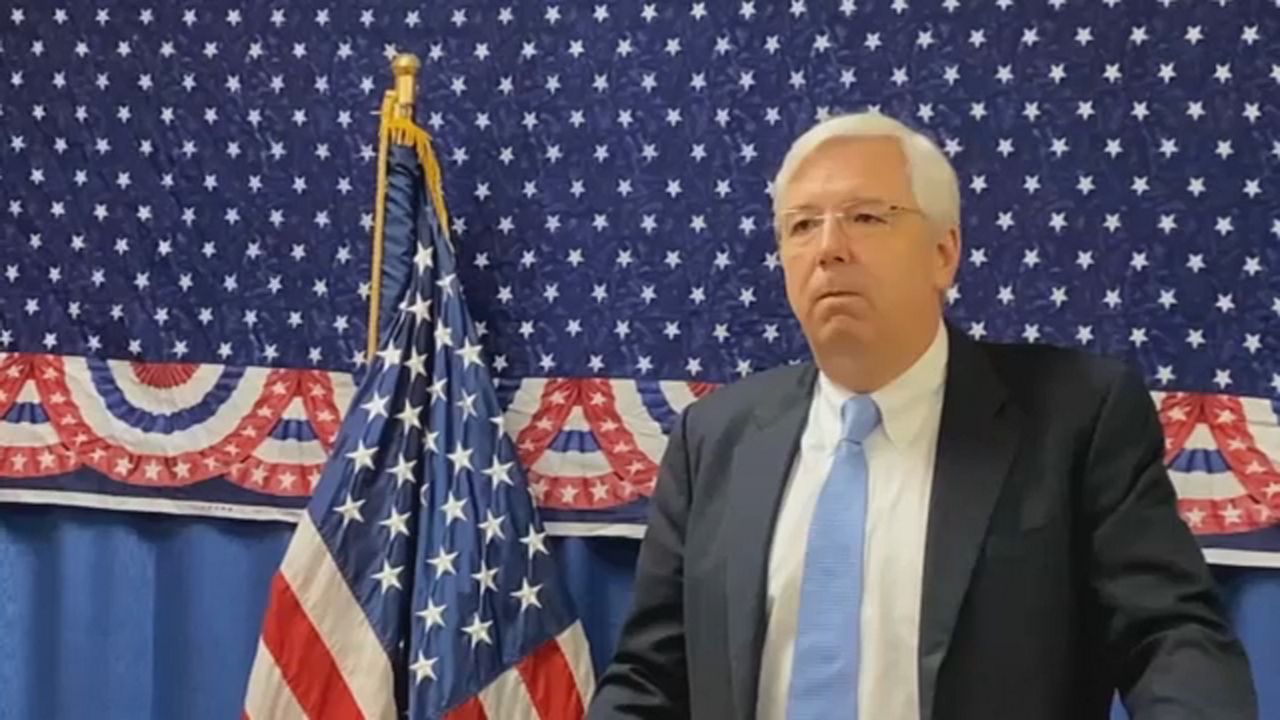 BRIGHTON, N.Y. — The leader of the Monroe County Republican Party is calling for the district attorney to send a parolee back to prison.

The convicted cop killer paroled to a Rochester suburb is accused of violating his parole and breaking the law, by registering to vote.

Napier is calling for an investigation into recently paroled Anthony Bottom, the man set free from prison earlier this month after serving nearly half a century behind bars for killing two New York City police officers in 1971.

Now, Napier alleges Bottom has violated the terms of his parole and should be returned to prison.

“By the simple act of registering to vote, he committed several crimes," he said.

Napier says Bottom registered to vote at the Monroe County Board of Elections less than 48 hours after his release from prison.

“He came in and he did an over the counter registration as anyone is able to do. It did get clocked in. He did get registered," said Lisa Nicolay, (R) Monroe County Board of Elections Commissioner.

However, Nicolay says the registration was flagged.

While the registration was noted, it raises a red flag.

“It says on the official New York state voter application, if you are on parole, you are not eligible to vote," Napier said. "At the bottom is an affidavit that you have to sign attesting that you are qualified to register and to vote and he signed that. It is a filing of a false instrument. The affidavit indicates that it’s a felony to do so."

In a letter to District Attorney Sandra Doorley, Napier calls for an investigation and prosecution into the case of the man also known as Jalil Abdul Muntaqim.

The DA’s Office confirms that it received the letter from Napier and it is looking into the matter.

While Napier says the parolee falsified his registration application affidavit, nycourts.gov does state that if a person on parole for a felony conviction wants to vote, he or she can inquire about receiving a certificate of relief or pardon to vote from the governor.

But there another issue in this case, that of residency.

“It requires you to state that you are a resident of the county, town, or village that you live in for a minimum of 30 days. Mr. Bottom had just been released, I believe, the day before he registered," said Napier.

Bottom was paroled on October 7 to live in the town of Brighton.

A woman at the home listed as his address said he has a spokesperson that would get back Spectrum News.

Napier says this comes at a time when some question the integrity of the voting process.

“There’s a heightening awareness about the electoral system, there is a nation conversation going on about elections security," said Napier.